Why German employers will soon have to record staff working hours

Thanks to a landmark court ruling this week, businesses in Germany will soon be required to track the working hours of all of their employees. Here's what employees need to know about the changes.

This week, the Federal Labour Court (BAG) declared that employers in Germany should be recording the working hours of all of their employees. The decision dates back to a 2019 ruling by the European Court of Justice (ECJ), which stated that member states should be implementing systems to record how many hours per week employees were working.

Until recently, however, nothing was done in Germany to enforce the new rules. The decision reached by the Federal Labour Court this week is set to change all that.

Why would they want to track people's working hours?

According to the ECJ, the main reason is to protect employees from excessive working hours and unpaid overtime.

Under a so-called trust-based system, where employees are simply expected to complete the hours in their contract, it can be easier for overtime to go unnoticed and for breaches of labour laws to slip under the radar.

When working schedules are systematically recorded, the ECJ argues, this is far less likely to happen.

OK. But what rules are in place right now?

At the moment, companies in Germany aren't required to keep a record of their employees' working hours - though there are some exceptions.

For example, under the Minimum Wage Act, businesses are required to track the hours of their employees on minimum wage. In certain sectors such as the construction and catering industries, hours are also recorded to prevent illegal or exploitative working practices. Employers are also expected to make a record when their employees work on Sundays or public holidays or do any overtime (i.e. working more than eight hours a day).

However, there's no blanket obligation for employers to keep track of their employees' working schedules, meaning most tend to rely on the trust-based system. 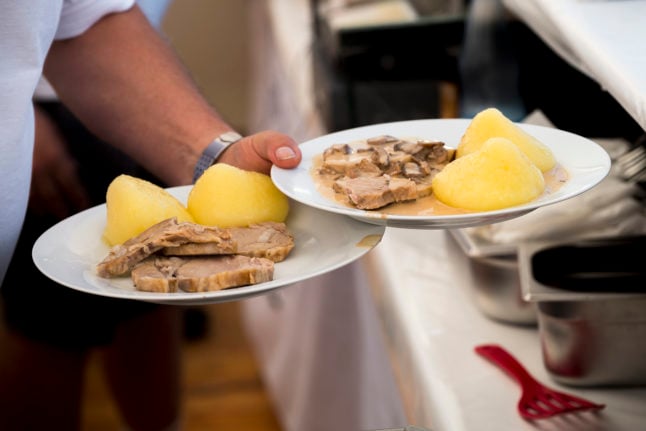 Am I going to have to start clocking in at the office, then?

That could be one option, but it's possible that businesses will try to come up with something a little more hi-tech than that. However, the Working Hours Act isn't specific about what method businesses should use to record their employees' rotas, so both handwritten and electronic tracking are an option.

Based on what some businesses already do, timesheets, Excel tables and apps for time recording are all possible. However, the ECJ's ruling does stipulate that the system should be both traceable and forgery-proof - so that's something employers will have to watch out for.

How will this affect my working life?

According to Gregor Thüsing, professor of labour law at the University of Bonn, the ruling could make a sea change in how employers relate to their employees. While industries like gastronomy have been recording the working hours of their employers for some time, this is now set to be broadened out to the some 45 million employees across Germany, Thüsing told Tagesschau.

Many people are used to the trust-based model, where employees can make independent decisions on their working time. Following BAG's ruling, this is likely to come to an end.

Experts predict that two key things are likely to happen at this point: employee rights are likely to be strengthened in some respects, while employers will also have much more oversight of their employees' working lives.

According to the Federal Statistics Office, 4.5 million people in Germany worked overtime last year - and a fifth of those did so for no extra pay. BAG hopes that the new time-tracking rule will put an end to this kind of exploitation and the normalisation of excessive working hours.

On the flip side, bosses may be tempted to get much stricter with their employees and exercise much more control over their schedules.

But I work from home. Can I still do that?

It's unclear at the moment how the ruling will be implemented alongside the shift towards more flexible working arrangements. During the pandemic, working from home became the norm for many office workers, and a large number of businesses have opted to keep remote working in place even after Covid measures were relaxed.

Now, some critics fear that the ruling could spell an end to this kind of popular arrangement since employers will need to ensure their employees aren't working excessive hours remotely.

However, Anja Piel, an executive board member of the Confederation of German Trade Unions (DGB), believes the two things have nothing to do with one another.

"Working time recording must not be equated with presence in one place - for example, the office," she told Tagesschau.

It's likely that these questions will need to be ironed out once a more detailed framework is drawn up by the government. 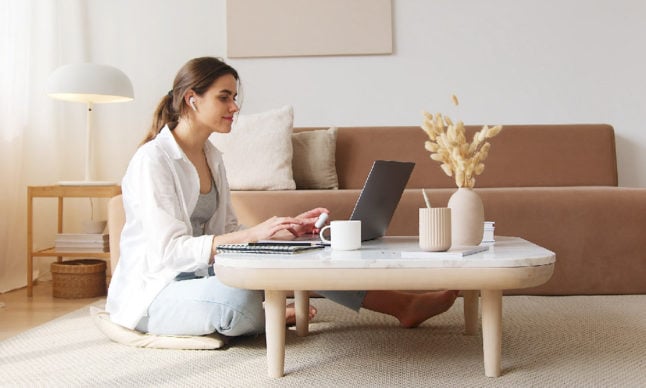 A woman works on a laptop at home. Photo: picture alliance/dpa/CLARK | CLARK

When do employers have to implement the ruling?

This also isn't clear right now - though BAG has said that there's no huge rush to implement the change, based on the ECJ ruling.

Germany is also some way off from being able to implement widespread tracking of employees' hours. For a start, businesses will need much clear guidelines on the systems they'll need to use and the rules they'll need to follow before they can begin changing their practices.

The Labour Ministry also wants to examine the reasoning behind the BAG ruling, which is expected to be published in November.

So far, the ruling has had a slightly mixed receptions from both politicians and lobbyists.

Unsurprisingly, employers are particularly unhappy about the extra administrative burden they'll be required to take on.

Steffen Kampeter, Managing Director of the Confederation of German Employers' Associations (BDA), described the BAG's decision on the recording of working hours as "hasty and not well thought-out", adding that the move would harm the German economy.

However, unions have been arguing for some time that trust-based working can disadvantage employees and lead to exploitation - so they're likely to welcome the move.

Labour Minister Hubertus Heil (SPD) has so far responded cautiously to the ruling. Speaking to Tagesschau, he said it was important to ensure that people were not cheated out of their wages by manipulating working time. However, care must be taken to ensure that - if the ruling requires implementation in legislation - this is done "as unbureaucratically as possible", he added.