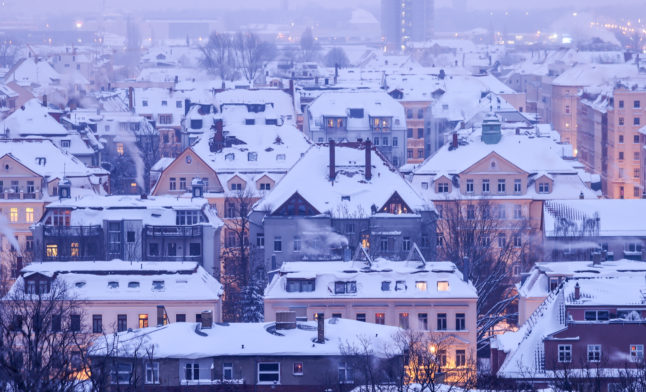 Winter is coming. The ominous refrain from Game of Thrones has felt increasingly relevant this year in Germany. Even before last winter had turned into spring, government ministers were issuing warnings about the next set of cold months looming ahead.

Since Russia invaded neighbouring Ukraine, energy and consumer prices have spiralled, largely driven by a massive reduction in gas supplies from Moscow.

The situation has prompted a race to fill up gas reserves in Germany for the cooler months. At the same time, Economics Minister Robert Habeck (Greens) has been calling on citizens to do their bit and reduce their energy usage.

He has also predicted four-figure rises in energy bills this year, piling more pain onto those already struggling to cope with rising food and fuel costs.

Have the warnings cut through?

According to The Local’s latest survey, they have. In a recent poll of readers, 97.5 percent told us they were already taking steps to reduce their energy consumption ahead of the winter.

The reasons for doing so were varied, with 40 percent citing rising costs as their primary concern.

Almost half of the respondents (47.5 percent) said there was more than one reason for their reduction in energy use, including support for Ukraine in the ongoing war, soaring costs, concerns about climate change and heading the government’s advice.

Berlin resident Steve Hammond, 60, said he was trying to be more conscious of his energy use for a range of reasons, but “mainly as a small anti-Putin gesture”.

To minimise his energy consumption, Steve has been taking cold showers and has also installed a pressure reducer to reduce the flow rate in his shower, as well as opting for energy-efficient LED lights throughout the home.

“I am lucky to be able to absorb these costs and to support family members but I am concerned for those who are less fortunate,” he told us.

But Heidelberg resident Seshadri Sreenivas, 40, told us he felt ill-equipped to deal with Germany’s cold season in the ongoing crisis.

“I am a bit nervous as the winter approaches,” he said. “I come from a tropical country where washing a sweatshirt is the maximum preparation required for winter. It is my second winter in Germany and I am worried about whether I have all the required knowledge to know how to act in such situations.”

When it comes to energy saving, the vast majority of respondents said they were trying to limit their use of hot water first and foremost.

Several people told us they were taking shorter, colder showers and avoiding using hot water while doing the dishes or washing their hands.

“We are not using our dryer; taking cooler, shorter showers, and plan to only heat two rooms in our house this winter,” said 39-year-old Berlin resident Paige.

Hilary Raeburn, 75, said she was planning to hold off as long as possible on turning on the heating this winter and would rely on warm clothing until November at least. She’s also been turning off the oven at the mains straight after cooking and taking fewer hot showers to save energy.

However, the Düsseldorf resident said she was “not too worried” about the situation after seeing people pulling together in the community.

“I think Germany will pull through due to strong communal spirit,” she said. “In our flats we are trying to reduce our energy demands collectively.”

With many growing nervous about rising electricity bills, some told us they had already invested in energy-efficient appliances for the home and were increasingly aware of turning off power outlets and lights wherever they could.

“We’ve switched to more energy efficient appliances in the kitchen as the flat came with mostly 90’s appliances, and have changed all lightbulbs to LEDs,” said 30-year-old Berliner Chris.

Meanwhile, 37-year-old Sierra, who lives in Hannover, said she had turned off all the outdoor lighting and was only using light indoors “when necessary”.

Others were aiming to make the best use of their offices by charging phones while at work, while one respondent said they had even started taking their showers at the gym rather than at home.

‘We’ve cancelled everything we can’

While a handful of people said they felt they could bear the financial strain of the price rises, others were cutting back wherever they could to make ends meet.

“The issue isn’t ‘will I have heat’ but will I be able to afford the heat,” said Hamburg resident Rob Lederman, 62. “Panic buying electric heaters isn’t going to do any good.”

Carl, 33, in Saxony, said his energy use had always been low, even before the crisis. With the soaring prices, there are few ways he will be able to cut back – aside from drastically limiting the heat he uses in winter.

But even if he only turned on the heat every other day, he fears he still wouldn’t be able to afford it.

“We used to have a surplus each month of about €200,” he told The Local. “With inflation and fuel prices that’s gone. I got a pay rise that was swallowed up too. We currently just about make ends meet.”

The fact that the fuel tax cut and the €9 ticket ended in September will make things even more difficult, Carl said. 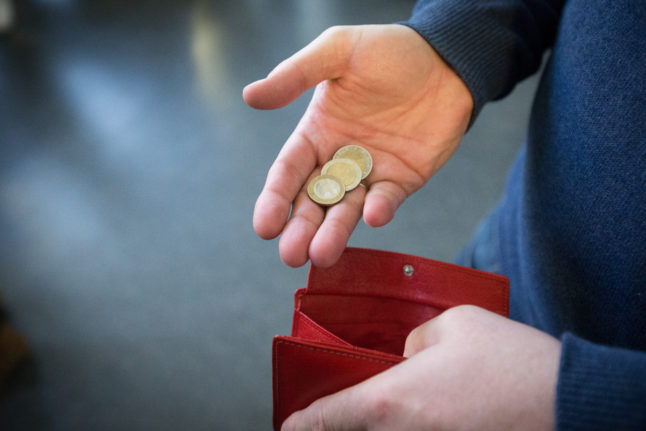 A man takes coins out of his wallet. People told us they were struggling to make ends meet in the current crisis. Photo: picture alliance/dpa | Friso Gentsch

“We’ve cancelled almost everything we can. We’ve got a few subscription services left we can cut,” he explained. “Then it’s dipping into savings. But it’s going to be a very bleak winter.”

For 33-year-old Sara Anthony, who lives in Rostock, the situation is similar.

“We don’t really use heat at all in the winter, we like things colder and since Germans like to keep their homes tropical, we find our apartment is still too warm for us in the winter without using any heat ourselves,” she said.

This year, she has avoided using her air conditioner and has tried to keep lights off as much as possible. Even though she doesn’t have any gas appliances, Sarah is concerned that the gas heating in her building could land her with a huge bill for additional costs (Nebenkostenabrechnung) next year.

“I’m worried about inflation and food prices, and I feel like my paycheck isn’t enough to cover everything like it was in the first part of the year,” she said.

READ ALSO: Reader question: Should I invest in an electric heater in Germany this winter?

‘A lot of people will suffer’

Despite the countless inventive ways people are attempting to limit their energy use, many of the respondents to our survey expressed a broader sense of helplessness in the face of current events.

“Two years of lockdowns followed now by the unknown energy pressure and costs,” said 54-year-old Munich resident Fiona. “I feel as though we are living on permanently shifting sands. The older we get, the longer we work, the poorer we seem to become.”

Even for those who feel that their wallets can take the strain, there are worries about whether the economy and society as a whole will get through this latest challenge unscathed. 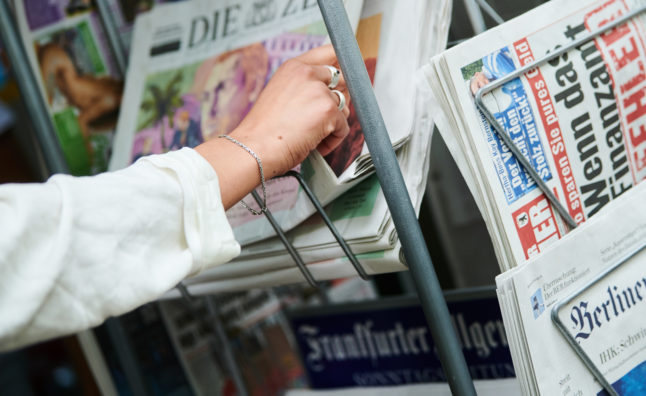 A woman picks a newspaper from a news stand. The Local’s readers say they feel helpless in the face of current global affairs. Photo: picture alliance/dpa | Annette Riedl

“Not keen on the increased costs and the fact that we’ll have to tighten our belt, but more worried for the less well-off and the social fabric at large,” said Hamburg resident Carolyn.

“A lot of people are really going to suffer, and I fear the consequences for society as a whole.”

He said he felt “bombarded” by ever-worsening current affairs over the past few years and told us that the current high consumer prices were a constant worry.

“Let’s just hope this is something temporary that will be tackled in the mid-term future,” he said. “Hopefully the war will end.”

READ ALSO: OPINION: Germany has failed to do its energy ‘homework’ – and faces years of catching up