From paring back on meat products to filling the tank at certain times of day, high inflation can have a big impact on spending choices. Here are the everyday products in Germany that are seeing record price hikes right now.

The cost of living has been rising steeply in Germany for several months, and the latest official inflation figures are the highest yet.

According to the Federal Office of Statistics (Destatis), consumer prices in May this year were a whopping 7.9 percent higher than they were in the same month last year.

This is a higher rate of inflation than at an other time since reunification. In fact, you'd have to look way back to 1973/74 - when the world was in the grip of a global oil crisis - to find price hikes as steep as this.

Once again, energy has a lot to do with the current crisis: as the world started to return to normal after the first waves of the Covid-19 pandemic, there were global supply issues with oil and natural gas, which drove up the price of energy significantly.

Since Russia's invasion of Ukraine in February, the situation has only got worse as Western countries scramble to reduce their dependency on fossil fuels from the aggressive superpower.

This has created a double-whammy whereby numerous food products have shot up in price and other day-to-day products have become more expensive due to increased transport costs and the general costs of running a business.

Which products have gone up the most in price?

Though 7.9 percent is the average inflation rate, a wide range of popular everyday products have increased at a much faster rate over the past year. For most households, food has been one of the most noticeable ones.

Sebastian Dullien, Scientific Director of the Macroeconomic Policy Institute (IMK) of the Hans Böckler Foundation, says that the shortage of grain supplies from Ukraine and Russia is having a knock-on effect on some numerous dietary staples.

"This is now reflected in higher prices for products such as flour, pasta, but also eggs and meat, as a considerable part of the grain from Ukraine and Russia was used as animal feed," said Dullien.

For everyday groceries as a whole, prices jumped up by more than 11 percent last month compared to May 2021. 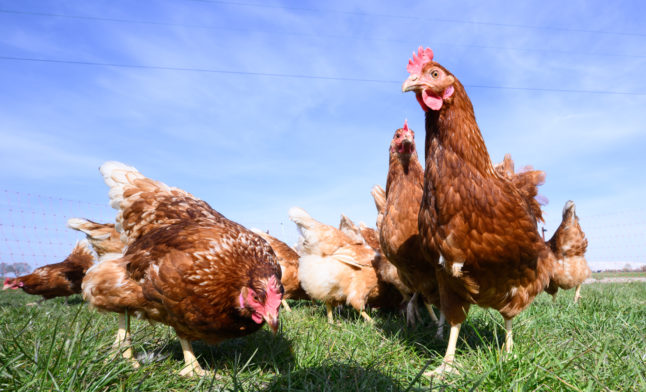 Chickens roam free on a farm in Hannover. Much of Germany's grain supply is used as animal feed. Photo: picture alliance/dpa | Julian Stratenschulte

According to Destatis, however, this was only around half of the price increase that supermarkets faced in the same month: in May 2022, wholesale food suppliers were charging an average of 22.9 percent more than they were a year before.

In April, producers of agricultural products had already hiked their prices by 39.9 percent compared to the previous year.

Overall in the food category, butter saw the steepest jump in price with an increase of 43 percent against 2021, closely followed by cooking oils and fats, which increased by 38.7 percent, and flour and other cereal products, at 33 percent.

Meat and dairy lovers have also been getting a shock at the supermarket lately: meat products jumped up by 16 percent last month, while dairy products and eggs went up by 13 percent.

With grain in short supply, bread has also jumped in price by around 10 percent year on year.

READ ALSO: What to know about the latest price hikes in German supermarkets

What about energy prices?

There's still no reprieve on this side either.

Heating oil was almost twice as expensive, while natural gas was around 55 percent more expensive and prices for fuel (41 percent) and electricity (21.5 percent) also increased significantly.

How long will this go on for?

Though everybody is hoping that the current inflation is just a short-term blip, experts say there's unlikely to be any slowing of the price rises in the near future.

"Since there are no signs of an easing in prices for energy and food on the world market so far, inflation in Germany is also likely to remain high in the coming months at least until the end of the year," said Dullien.

Agriculture Minister Cem Özdemir (Greens) also believes that prices will continue to rise in the coming months, with the potential for even steeper increases in the cooler months. 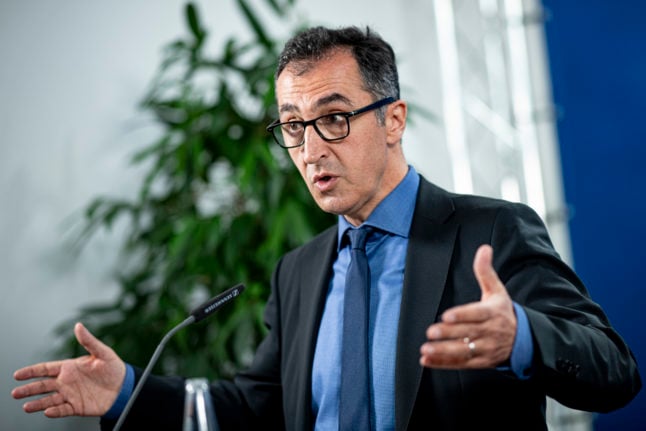 "A lot of things are unfortunately yet to come," Özdemir told the Rheinische Post. "We have to expect increases in autumn and winter because retailers now have to stock up on expensive energy and the price increases will be passed on to customers."

Nevertheless, the government has been attempting to soften the blow of the rising prices a little for consumers.

Two packages of energy relief measures have so far been agreed by the governing coalition, including a budget transport ticket, an increase in the commuter allowance, a fuel tax cut and other one-off lump sums for benefits claimants and employees.

Özdemir has also proposed that the government lower the VAT on certain food products to help out struggling households.

"Logic, simplicity and sustainability are the keywords here," he said. "That's where you quickly end up with my proposal."