Transport providers across Germany are getting ready to introduce a heavily reduced travel ticket. Here's how the plan is progressing.

The €9 monthly travel ticket was introduced as part of the coalition government’s financial relief package aimed at easing the cost of living and energy crisis.

It's also hoped that it will lure people in Germany away from their cars, which would be a helpful step in the battle against climate change.

Transport providers say the ticket will be easy to get and will also benefit people who have monthly or yearly subscriptions - known as an Abo in Germany.

When will the ticket be available and how will it work?

Sales of the ticket are scheduled to start by June, and the promotional period will run from June 1st to August 31st 2022.

"The Nine Euro Ticket will be offered for the months of June, July and August at a price of €9 per month," says Munich's MVV, the transit authority for the Bavarian capital. "Those who buy the Nine Euro Ticket in all three months will therefore pay €27."

The ticket is valid for one calendar month. It will be available through various channels, including at ticket machines and at the counter or as a mobile phone ticket.

According to MVV Managing Director Bernd Rosenbusch, transport companies across the country are currently in the process of programming their vending machines to include the offer.

Berlin transport operator BVG said pre-sale tickets for the special offer will be on sale soon.

Where is the €9 ticket valid? What can I use it for?

You can also use the ticket in other parts of Germany on the local transport system there. 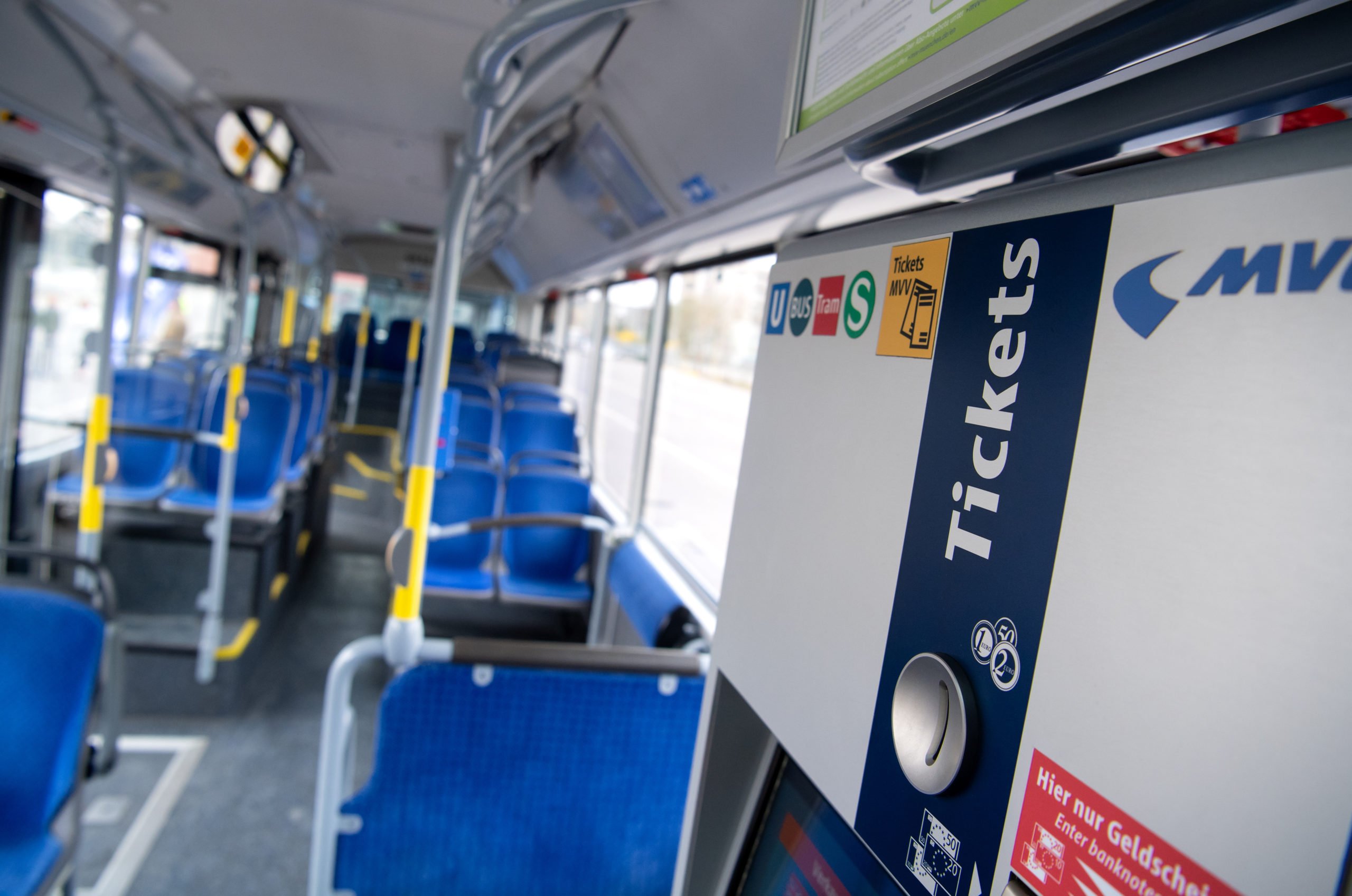 A ticket machine on a bus in Munich. Photo: picture alliance/dpa | Sven Hoppe

The MVV says: "Included (in the ticket) are scheduled buses, trams, the U-Bahn, the S-Bahn and regional trains (2nd class)."

However, the €9 monthly pass is not valid on long-distance travel - for example on ICE, IC or EC trains. So you can't use it to travel across the country unless there is a regional service.

Otherwise, the respective conditions of carriage apply. If, for example, your travel card includes a bike ticket, you can continue to take your bike with you free of charge. Others will still need a bicycle ticket.

What about people with a monthly or yearly pass?

Many people - and companies - in Germany pay a 'subscription' fee on a yearly or monthly basis because it is cheaper in the long run for those who use local transport often.

These customers will not be penalised. However, transport authorities can decide individually on how to deal with this situation.

In Munich regular customers who already have a weekly, monthly or yearly ticket and have the regular price debited from their account will automatically pay only €9 for each of the three months. So their travel pass will count as a €9 ticket for these three months.

READ ALSO: What we know so far about Germany’s €9 monthly travel ticket plans

The MVV said no one has to cancel their subscription to get the ticket. All conditions continue to apply, except for the price, which is then, MVV boss Rosenbusch told BR24, "incredibly cheap".

According to Berlin's BVG, "during the promotion period, the price for you as a subscriber will be reduced to €9 per month for the three months".

However, it is still unclear exactly when subscribers who have already paid will receive their refund.

Will students with a 'Semesterticket' benefit?

Yes, they will. The situation looks likely to be the same as for people with subscriptions, which means it will be down to local transport companies to decide how to issue refunds.

It may be worth checking with student advice centres at universities to get updates on this nearer the time.

Are there any disadvantages?

This is a hugely attractive offer that many people are expected to take advantage of. It will also benefit people visiting Germany such as tourists.

As it is such a great deal, transport providers have warned that travel services could be much busier this summer. Particularly because it would be difficult for companies to introduce more trains, buses and trams at short notice and for a temporary period.

For that reason "there may also be overcrowding on some routes," according to the MVV.

It's worth keeping in mind that a lot of public transport in Germany doesn't have air conditioning installed... so it may get sweatier than usual if it's a hot summer. 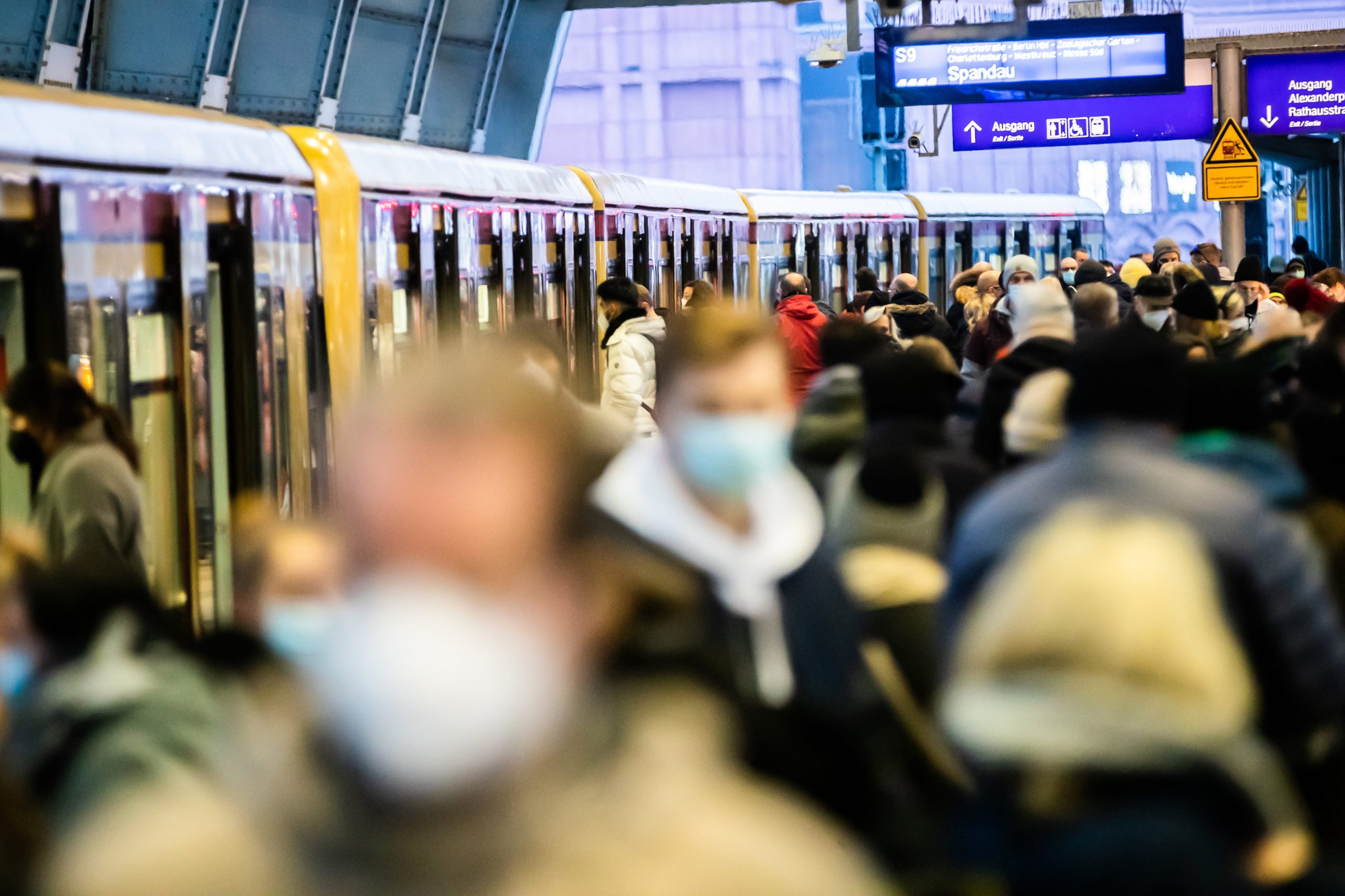 Transport users at Berlin's Alexanderplatz on February 11th 2021. Services are likely to be busier this summer due to the reduced ticket offer. Photo: picture alliance/dpa | Christoph Soeder

Is the ticket definitely going ahead?

It has been approved by the coalition government, but it still has to go through the wider Bundestag - and the Bundesrat, which represents the federal states.

That is expected to happen on May 19th and 20th so that the monthly ticket can start on June 1st.

However, the financing of the ticket and for public transport providers has not yet been fully clarified.

According to a draft bill from the Transport Ministry, the federal government wants to increase funds for the states to finance local transport by €3.7 billion this year. Part of this money will be used to help with Covid-related costs and €2.5 billion is earmarked for the reduced ticket.

But there is some dispute over whether the government should help transport providers more due to the huge increase in energy costs.

The government says, however, that companies will benefit from the planned temporary reduction of the energy tax on fuel.

The MVV's Rosenbuch said he didn't think the offer would be blocked by the states.

"I am sure that a compromise can be found," he said.

A spokesman from VBB, a transport association run by public transport providers in Berlin and Brandenburg, told The Local that there was still some work needed at the federal level, and urged customers to have patience.

"As the VBB, we will come to an agreement with the states of Berlin and Brandenburg and all transport companies in the network in order to discuss the concrete framework conditions for implementation as soon as they are more concrete. This especially concerns the treatment of existing customers/subscribers.

"We would like to ask all passengers and customers to wait for our active communication and thank you in advance for your patience."