Five ways to make the most of Germany this winter

The sparkling lights of the Christmas markets may be behind us, but for those still chasing an escape, Germany still has plenty to offer. Here are five ideas for a cosy getaway this winter.

Hiking trails, wine tours, dipping in crystalline lakes... summer in Germany can be a truly magical time. But when the weather turns cooler, there's no need to go chasing the sun elsewhere.

In fact, we're convinced that after a weekend surrounded by jaw-dropping peaks or medieval castles dusted in snow, even the hardiest summer fans will embrace the romance of Germany in winter.

Need some more convincing? Then here are a few ideas to get you started.

Get an adrenaline rush in the mountains

This may seem like an obvious one, but no list of seasonal holidays in Germany would be complete without mentioning winter sports. Several of the country's high-altitude regions get reliable snowfall and dazzling blue skies in the colder months, making it a paradise for skiing, snowboarding and tobogganing.

If you're the competitive type, you can't beat a trip to the unmissable Zugspitze in Bavaria. Germany's highest mountain is home to the country's only glacier skiing area, not to mention 20km of pristine slopes from which you can enjoy panoramic views across the alps. With its consistently good weather conditions, it also offers the longest ski season in the country that runs from November to May each year.

The charming resort town of Garmisch-Patenkirchen, which nestles below it, is an ideal place to stay in order to get an early start on the slopes each day.

All of that said, bigger doesn't necessarily have to meant better. Less well-known to internationals - but no less charming - are the smaller-scale resorts in Saxony and the Harz Mountains.

Saxony's most famous winter sports destination is its highest mountain, Fichtelberg, which is a favourite for residents of Berlin and other eastern German states for its relaxed, unpretentious vibe.

Not too far away, the Harz region offers another budget-friendly alternative for casual skiers and snowboarders in the winter months. Just be sure to check ahead to make sure the conditions are right, as snow can be a little less reliable than it is on the highest peak. 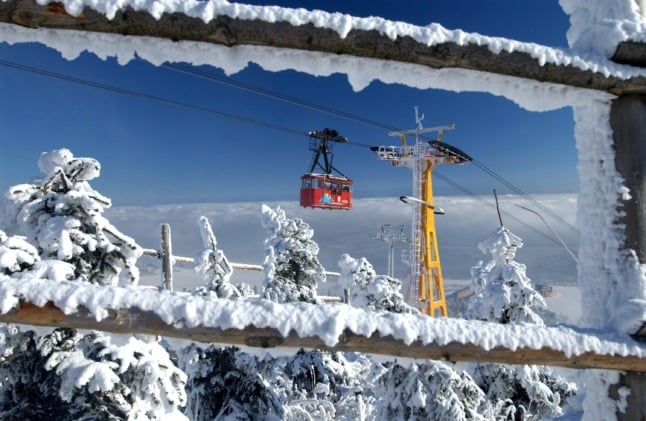 The ski lift rises up from Oberwiesenthal towards the peak of Fichtelberg, Saxony's highest mountain. Photo: picture-alliance / dpa/dpaweb | Wolfgang_Thieme

Unwind in a thermal spa

After months of bracing against the cold on grey and stormy days, many of us are in need of some pure relaxation. If that sounds like you, why not organise a short pampering break at a thermal spa with a friend or someone you love? This type of spa often uses extremes of heat and cold to pummel the senses and leave you feeling exhilarated and aglow. You'll experience underground caverns with steam rooms and ice fountains, palatial halls with hot tubs and spa treatments, and everything in between.

With saunas occupying such a prominent place in Germany culture, you're bound to find some incredible thermal spas whereever you are, but here are a few options.

If you're in western Germany, the Claudius Therme thermal bath in Cologne is delightfully opulent with a dazzling view of the starry night sky as you soak in the bubbling waters. Or head to nearby Aachen where you can bathe like a Roman Emperor in classically themed surroundings at Carolus Thermen.

READ ALSO: The one way to beat the January blues in each German state

If windswept vistas and sprawling seas are more your thing, then book a winter wellness break on one of the East Frisian Islands in the far north of Germany. Though known more as summer and spring destinations, a stroll along the coastline of a tiny island on a frosty morning can be an utterly unforgettable experience.

And with the pleasure-seekers giving way to the wellness crowd in winter, it could be the ideal place to rejuvenate both the body and mind while keeping your eyes peeled for glimpses of the northern lights.

OK, we know it's something of a cliche, but there's a reason that Germany is associated so strongly with its fairytale castles. Just take a trip to the famous Mosel Valley, near the Luxembourg border, and you'll see endless soaring turrets dotted along the river, often erected by medieval kings hoping to take a cut of the travelling merchants' profits.

One of the most breathtaking of these is Reichsburg Cochem, a stunning medieval castle that towers above the quaint villages and vineyards surrounding it. Though you will have to huff and puff your way up a steep hill to get there, intrepid visitors are easily rewarded by panoramic views of the valley and delicious local food and wine at the restaurant. If you want to be truly transported back in time, turn up on a Friday or Saturday for the 'Knight's Feast', where you'll enjoy a tour of the castle followed by a hearty banquet, minstrels, maidens and even some medieval punishments. 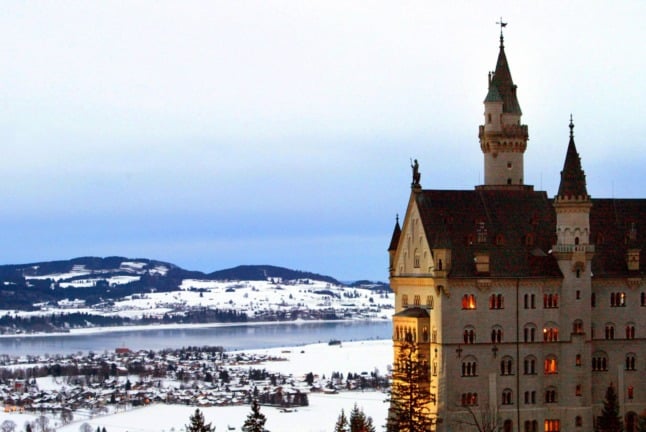 Of course, no mention of German castles would be complete without paying lip-service to the rightfully renowned Schloss Neuschwanstein. As many people know, Ludwig II's masterpiece of romantic architecture was the inspiration for Walt Disney's logo - and if you see it surrounded in snow, it truly is a fairytale experience.

For the best access to the castle, there are several cosy guesthouses in the village of Schwangau below, nestled along the banks of the Forggensee. And if Neuschwanstein isn't quite enough, you can also see its smaller (but no less charming) cousin - Hohenschwangau Castle - which Ludwig II used as his summer residence. Both are a mere stone's throw from Schwangau.

Wander in a winter wonderland

While you may associate hiking with the height of summer, there are some absolutely enchanting destinations for winter treks in Germany. One of the most famous of these is the Hochschwarzwald, or High Black Forest, which offers countless trails along frozen lakes and through snow-dusted pine forests. Families with children will enjoy the easy-peasy Roßbergrundweg, which circles the Roßberg mountain near Breitnau. Lasting just under an hour, hikers will rewarded with some breathtaking alpine views before settling down with a hot chocolate and some hearty Black Forest fare.

Other adventurous types might enjoy a guided walk, such as the fun-filled "Bi-athalon" tour, which culminates in shooting training at the Nordic Sports Centre in Notschrei, or the atmospheric hike by moonlight from Todtnauberg.

While Germany is a prime destination for anyone who loves braving the elements and the great outdoors, winter can also be a wonderful time for gentler city trips that offer a chance to delve into the country's rich cultural and historic heritage.

If you want to hit the proverbial cultural jackpot, you can't do any better than organising a weekend trip to Weimar in Thuringia. As the centre of the Wiemar Republic and the birthplace of classical humanism, walking through this charming city feels like ticking off a who's-who of all the most prominent literary and cultural figures in German history. 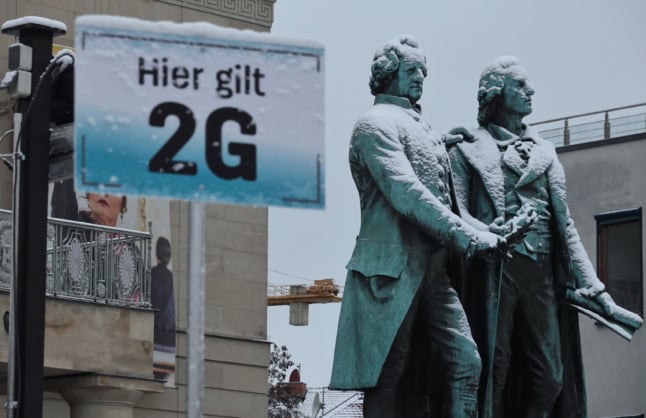 Literature lovers in particular will adore a visit to one of Goethe's former residences, which is now home the National Goethe Museum. But it doesn't stop there: Goethe's compatriot Friedrich von Schiller was also a resident here, and you can find a museum dedicated to him as well as a famous monument of both of them together in the centre of the town, along with the Goethe and Schiller archives.

Beyond literature, you'll also find the Bauhaus Museum and a museum dedicated to composer Franz Lizst, who lived and taught in Weimar for a time.

If historic, chocolate-box cities are more your thing, then look no further than the UNESCO World Heritage cities of Heidelberg or Lübeck. From its prestigious university to the famous Philosopher's Way, Heidelberg has inspired countless poets and thinkers, from Hegel to Mark Twain. Meanwhile, the heart of the former Hanseatic Empire, Lübeck, is a true gem of the north that's believed to be the birthplace of marzipan. Walking through its quaint cobbled streets, you may stumble across the Buddenbrookhaus which, as the name suggests, was once the residence of Thomas Mann.