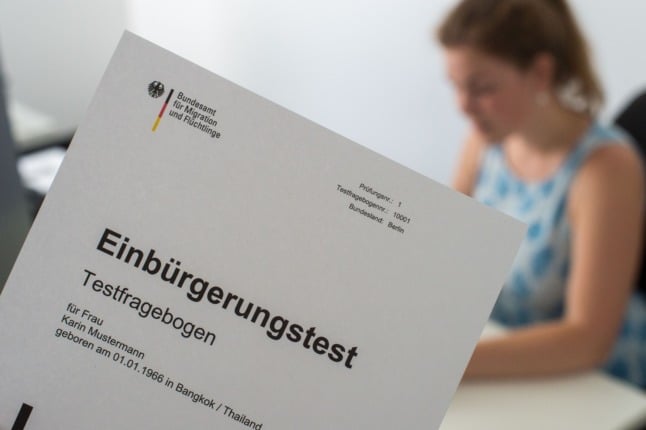 In their coalition agreement, the Social Democrats (SPD), the Greens and the liberal FDP addressed issues from climate protection to foreign policy to cannabis.

As the German parliament gets ready to formally elect the SPD’s Olaf Scholz as chancellor on Wednesday, here are the main points of the new coalition’s roadmap.

Germany’s no-new-debt rule had been suspended in the coronavirus pandemic, allowing the government to borrow billions to finance its way out of the crisis.

But the country’s next government – known as a “traffic-light” coalition because of the parties’ red, green and yellow colours – plans a return to the rule that is anchored in the German constitution.

In their agreement, they pledged to reinstate the so-called debt brake by 2023.

Maintaining the debt brake was a red line for the FDP, and Social Democrat Finance Minister Olaf Scholz – who will be Germany’s next chancellor – has also long been an advocate of the rule.

The parties also agreed to not raise taxes during their mandate, according to a tweet by FDP leader Christian Lindner – a win for his party which has refused to raise any fiscal pressure on taxpayers.

In return, the Social Democrats secured their electoral promise of raising the minimum wage to €12 ($14) from the current €9.60.

To keep housing affordable, the coalition agreed to build 400,000 new homes a year, including 100,000 using public funds. A cap will be introduced on
rental hikes, limiting any increases to a maximum 11 percent in three years.

The three-party combo also agreed to lower the voting age to 16 – something likely to favour the Greens and FDP which have younger supporters than Angela Merkel’s conservatives (CDU/CSU), who are largely backed by Germany’s army of pensioners.

Germany’s incoming coalition is much more immigration friendly than the outgoing government led by Merkel’s conservatives.

The coalition parties want to overhaul and modernise the immigration system, with promises to “simplify the path to German citizenship”.

In their initial agreement, they said the plans are to allow for “multiple citizenships” – which is music to the ears of many foreigners in the Bundesrepublik. The existing rules require that most non-EU citizens have to give up their other citizenship if they want to become German.

The Greens’ main win came in the form of an accelerated exit from coal energy, which is to be brought forward by eight years to 2030.

The parties also agreed to “further develop” the country’s current climate protection law in 2022, and to “bring about all necessary laws, regulations and measures” on this front.

“All suitable roof surfaces will in future be used for solar energy. For new commercial properties that will be compulsory, while for private new buildings, that will become the rule,” they said.

With an eye on Germany’s powerful automotive industry, the parties agreed to put 15 million purely electric cars on the road by 2030, up from just over 500,000 currently.

Combustion engine vehicles will no longer receive approval from 2035.

The parties emphatically say they “want to increase Europe’s strategic sovereignty” — likely to please the continent’s second biggest power France, which has made this a priority of its EU presidency beginning in 2022.

But the transatlantic relationship will remain a “central pillar” for Germany, and NATO is an “indispensable element” for the country’s security, the text says.

And potentially grating to Poland or Hungary, the parties want “an EU which protects its values and rule of law internally and externally”.

Presenting the coalition deal, Annalena Baerbock, the co-leader of the Greens who will take on the role of foreign minister, promised to put human rights back at the centre of German diplomacy and advocated more firmness towards Russia and China.

Recreational use of cannabis will be legalised under the new government.

“We will introduce the controlled distribution to adults for consumption purposes in licensed stores,” the parties say in the document.

“This will control the quality, prevent the circulation of contaminated substances and ensure the protection of minors.”

The Greens and FDP have long been pushing to legalise cannabis, while the SPD has proposed testing regulated distribution of the drug in pilot projects.

The parties have pledged to abolish paragraph 219a, a controversial piece of Nazi-era legislation that makes it illegal to advertise abortion services.

“Doctors should be able to provide public information about abortions without fear of prosecution,” they say in the document.