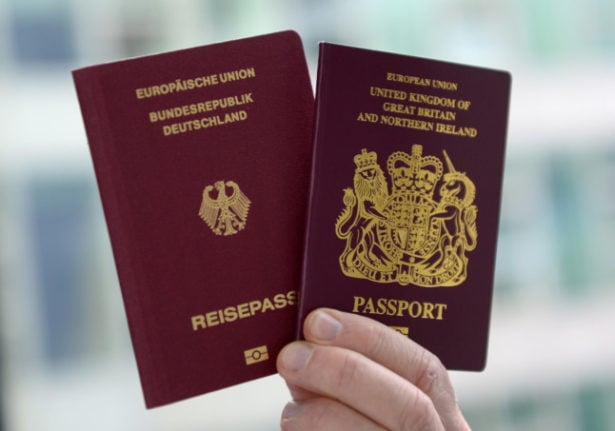 Germany’s new coalition government released its coalition agreement on Wednesday, which laid out its intention to “simplify the path to German citizenship” and move towards a modern citizenship law.

Significantly, the agreement states that the law will be changed to enable ‘multiple citizenships’, suggesting that the traffic light parties will permit dual nationality for non-EU citizens.

Currently, non-EU citizens who did not grow up in Germany must generally choose between German and foreign citizenship after reaching the age of 21.

The agreement will also shorten the time frame for applying for naturalisation to only five years – or three years in the case of special integration achievements.

Until now, non-Germans who are not married to a German could only apply for naturalization after having continuous legal residence in Germany for eight years. This could be reduced to seven years with completed integration course, or six years with German language skills better than level B1.

Easier process for the guest-worker generation

The coalition has also laid out their intention to make naturalization easier for members of the so-called “guest worker” generation. Guest workers were mainly Turkish workers from abroad who were recruited to work in industries such as agriculture, construction, steel, automotive and mining from the mid 1950s to early 1970s.

The agreement wants to “recognise the lifetime of achievements” of this generation, by lowering the language level that must be proven for this group, and by introducing a general hardship regulation for the required proof of language proficiency.

The coalition also intend to launch a campaign to inform people about the possibilities of acquiring German citizenship and to expressly welcome the holding of naturalisation ceremonies.

Scholz pledged to help cut Europe free from its reliance on Russian energy.

However, Scholz dampened expectations for Ukraine’s quick accession to the EU – despite the country’s invasion by Russia.

“There are no shortcuts on the way to the EU,” Scholz said, adding that an exception for Ukraine would be unfair to the Western Balkan countries also seeking membership. “The accession process is not a matter of a few months or years,” he said.