German word of the day: Stolpersteine

You’ll see this word a lot on and around November 9th in Germany, commemorating the Jews murdered by the Nazis.

Stolpersteine, literally translated as “stumbling stones,” are small brass plates found outside the former residences of Jews taken, deported, and murdered during the Holocaust.

Each one is put in place of an old cobblestone outside the residence, wherever it is – even if the residence is no longer there or someone else currently lives there. If multiple Jews were taken from the residence, multiple Stolpersteine may appear there. Typically engraved on the plates is “hier wohnte” or “here lived” followed by the person’s name, maiden name if a married woman, date of birth, and the place and date of their death – typically in a ghetto or camp.

How do you use it or where might you see it?

Stolpersteine is a noun generally used in most contexts and understood to be implicitly plural, although you can also explicitly indicate plural use by saying die Stolpersteinen. In both cases, use the article die. If you want to make it clear that you’re talking about a single such brass plate, you can use the masculine der Stolperstein.

Stolpersteine are found predominantly in Germany, but are laid in cities around Europe, with the help of a German foundation. You’ll likely find a few newspaper articles about Stolpersteine around this time of year as Germans commemorate Kristallnacht, or the “Night of Broken Glass” on November 9th, 1938, which saw Jewish-owned businesses and synagogues targeted with violence, with the blessing of the ruling Nazis.

READ ALSO: 'Everything has changed': What led to, and followed, Kristallnacht? 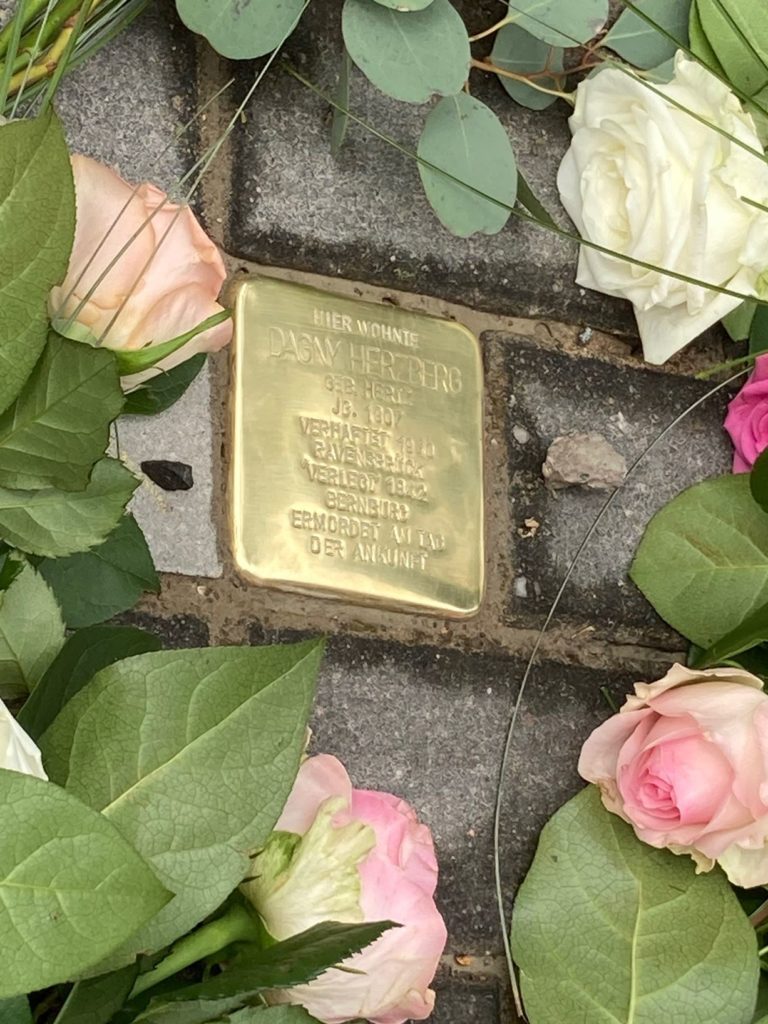 A Stolperstein dedicated to Dagny Herzberg is laid outside her former residence in Schönwalde-Glien, near Berlin in May 2022.

On the Kristallnacht anniversary every year, some people in Germany will pay their respects to victims by laying flowers at Stolpersteine, or by polishing the brass plates so they shine again in renewed remembrance and respect.

In addition to news articles, you might find tips on how to polish Stolpersteine in YouTube videos, for example.

You might, for example, see a clipping or video with this headline.