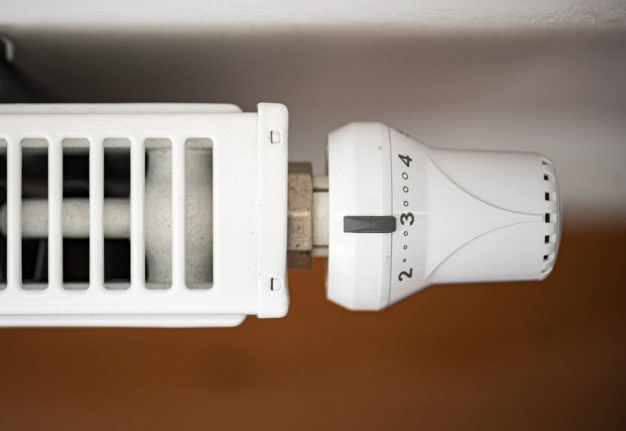 A radiator in a German flat. Gas customers will have to pay a surcharge in Germany soon. Photo: picture alliance/dpa | Fabian Sommer

The levy will see ordinary people bear some of the soaring costs that gas importers are dealing with as energy prices shoot up because of Russia’s invasion of Ukraine, and the subsequent squeeze on gas exports to Europe by Russia.

It is set to be imposed from October 1st and is aimed at propping up the German energy market.

However, a draft document seen by several German media organisations shows that the government is planning to delay the payments due from customers.

The advance payments for October and November should “not be due before October 31st, 2022”, say the draft plans from the Federal Ministry of Economics dated Monday.

According to the current legal situation, advance payments could be possible in September.

However, it appears that the levy is still set to come into force at the start of October, even if the payment is delayed.

All gas customers will have to pay an additional 2.4 cents per kilowatt hour from October, which means an extra burden of several hundred euros per household. The surcharge is in place until April 1st 2024, and is subject to adjustment every three months.

At the same time, VAT on gas consumption will be reduced by the government.

However, it emerged recently that some companies who have registered to receive a share of the levy include some who have not been struggling in the current situation.

German Economy and Climate Minister Robert Habeck recently admitted mistakes in the design of the levy.

Habeck said that the main focus had been on preventing a collapse of gas supplies in Germany, but that insufficient attention had been paid to the problem of “free riders”. He said improvements would be made.

The opposition Christian Democrats are opposed to the gas levy. CDU parliamentary group vice chairman Jens Spahn told DPA the situation remained “murky” and called for the levy to be shelved.

According to reports in the Frankfurter Allgemeine Zeitung (FAZ), Germany’s controversial Gasumlage – or gas levy – will get axed either Tuesday or Wednesday, with a Gaspreisdeckel, or a cap on the price of gas, set to replace it.

Energy and Economics Minister Robert Habeck of the Greens insisted once again just last week that the levy would go ahead.

It would see an additional 2.4 cents per kilowatt hour passed on to consumers, in order to stabilise Germany’s energy providers, which are also struggling with higher costs after Russia cut off cheap supplies.

German and Danish investigators are now investigating whether the Nord Stream II pipeline, which Berlin axed in February in the days leading up to Russia’s invasion of Ukraine, was deliberately sabotaged Monday, as it leaks gas into the sea.

With electricity prices having doubled and gas prices nearly quintupling, several politicians – also with the government’s own traffic light coalition – have called for the levy to be scrapped.

“It must be clear that we have the strength to discuss this openly and correct ourselves if necessary,” he said.

FAZ reports that negotiations between the three governing parties and relevant energy companies were nearing an end Tuesday, with the Cabinet expected to make a final decision Wednesday morning.

A gas price cap is likely to replace plans for a gas levy, which would see a limit on what consumers would pay their energy companies for gas, leaving the federal government to pick up the bill for the difference when market prices go above the designated cap.

With the gas price cap already having the support of many Social Democrats and Greens, Lindner’s FDP is set to agree to it provided a few conditions are met.

“As the FDP, we can foresee a gas price brake coming into force,” Christian Dürr, who leads the FDP in the Bundestag, told Deutschlandfunk. “Now, frankly, I expect the Greens to move on the issue of extending the life of nuclear power plants and restarting coal-fired power plants.”

It’s not yet clear though how the government would pay for the cap. The FDP has been resistant to suspending Germany’s constitutionally enshrined debt brake, which limits what they can borrow.

The SPD and the Greens want to suspend it to pay for a gas price cap, which could cost the government between €30 and €50 billion according to one estimate.

The debt brake can be suspended in emergency situations, such as in March 2020, when the German government put it on ice to pay for the first Covid-19 rescue package.