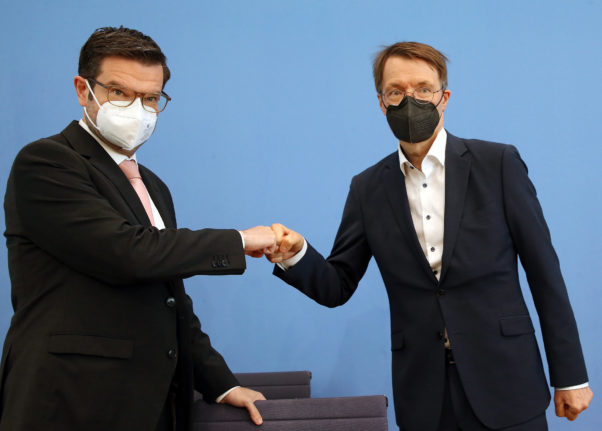 As well as the FFP2 mask requirement on flights to and from Germany, and on the long-distance train network, the country’s 16 states will also be given the option to introduce tougher rules, under the draft proposals that still need to go through parliament.

Health Minister Karl Lauterbach (SPD) said the goal was to avoid a high number of Covid deaths, lots of people being off sick from work at the same time and long-term consequences of Covid.

“With this set of tools, we can deal with the foreseeable corona wave in autumn,” said Lauterbach during the press conference on Wednesday.

The infection protection laws, which form the legal basis for Covid restrictions, will be in place from October until April next year.

“We have not arrived at the endemic stage; autumn will be difficult,” Lauterbach said.

The Health Minister said he believes states will introduce tougher rules such as extra mask-wearing requirements.

“I personally expect that we will have difficulties in October,” he said. He warned of “excessive demands” in the health system due to rising Covid infection numbers.

“There is a feeling at the moment of: can’t all this be over?” the minister said. “But the virus is just not gone yet.” 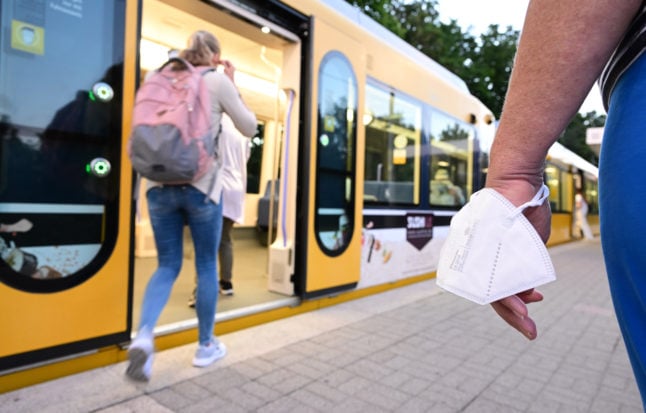 Bushman said the plans are “a good, moderate and measured approach”.

The draft, which was approved by the cabinet will now go to the Bundestag, where it could be passed on September 8th. The Bundesrat must then also give its approval.

Here are a few points to be aware of:

Masks mandatory in some places

According to the draft, wearing an FFP2 mask on long-distance trains and planes will be mandatory nationwide starting from October 1st until April 2023. People between the ages of six and 14 can continue to wear medical masks. Meanwhile, mandatory testing and masks will apply throughout Germany for access to hospitals and care facilities. It will also apply to employees in care services.

Germany’s states will be able to impose further restrictions depending on the level of infection. These include mandatory masks on public transport and in other publicly accessible indoor areas.

Under the proposals, there can be exceptions to the mask requirement if a negative test is shown when attending cultural, recreational or sporting events, as well as restaurants and similar venues.

Exceptions to wearing a mask could also be implemented for recently vaccinated or recovered people, Buschmann said.

However, states are not required to have this exception, according to the draft plans. In the negotiations, this measure was changed to an “optional” provision.

Bavaria’s health minister Klaus Holetschek (CSU) welcomed this change. “Above all, I welcome the fact that the three-month rule as an exception for vaccinated and recovered people from the mask requirement no longer has to be applied in a mandatory way,” Holetschek said.

“Anything else would have only confused citizens and created chaos.”

An FFP2 mask lies in the autumn leaves on a street in the city center in Bavaria. Photo: picture alliance/dpa | Sven Hoppe

However, if the Covid situation worsens, exceptions can be shelved completely.

A heated debate broke out this week about ‘double standards’ when it comes to mandatory masks in air travel after Chancellor Olaf Scholz (SPD) and Economics Minister Robert Habeck (Greens) were seen without masks on a flight to Canada.

A government spokesman justified the mask-free policy by saying that all passengers had been PCR-tested before departure.

When a journalist asked about this during the press conference, Buschmann said he could understand why people were angry.

“Politically, I would recommend to us as a federal government to apply the same rules that apply elsewhere,” Bushman said.

“Otherwise, of course, there’s a feeling that you’re willing to put citizens through something that you don’t want to put yourself through.”

Buschmann added that mask-wearing in a government aircraft should “in case of doubt even be voluntary,” “because that is then leading by example”.

As touched on above, if a state parliament identifies a specific threat to the functioning of the health care system or other critical infrastructure for the entire state or a specific region, regional leaders can establish more extensive measures.

These include having the mask rule without exceptions, requiring masks at outdoor events if a minimum distance of 1.5 meters cannot be maintained, or introducing upper limits on people at events.

However, some experts have said it’s unclear when tougher regulations should be brought in.

School closures and lockdowns ruled out

Another lockdown or school closures are not planned, said Lauterbach and Buschmann. But in schools, masks should be made compulsory for children in fifth grade and above if the Covid situation worsens.

There are also new provisions for special payments of €1,000 per month for nursing homes to appoint representatives among their staff to look after vaccinations, hygiene and medication for infected patients, such as with the anti-Covid drug Paxlovid.