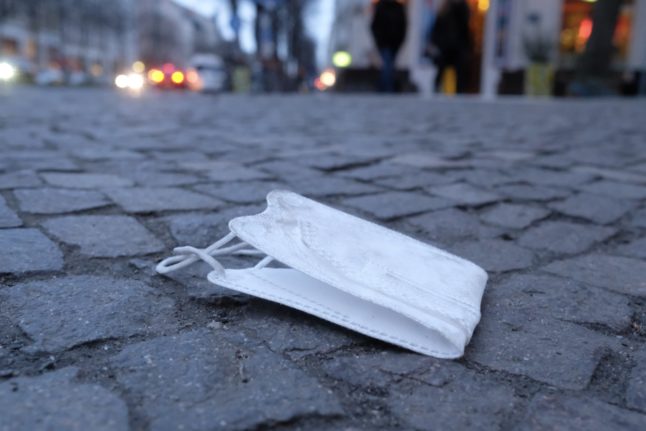 The Robert Koch Institute (RKI) said a renewed increase of Covid infections in Germany may happen earlier than autumn, as health experts have previously been warning.

READ ALSO: How Germany is preparing for a post-summer Covid wave

In its latest report, the RKI said the Omicron sub-variants – BA.4 and B.5 – will spread more strongly, “so that there may also be an overall increase in the number of infections and a renewed increase in infection pressure on vulnerable groups of people as early as summer”.

The RKI said seasonal effects – which usually slow down the virus – will likely not be able to compensate for the spread of these variants when there are few Covid restrictions in place.

Germany has relaxed most of its Covid rules in recent months although some remain in place. For instance, masks are still mandatory on public transport, and people have to isolate for at least five days if they get Covid.

The warning comes as the German nationwide incidence of infections rose on Friday to 318.7 Covid cases per 100,000 people from 276.9 the previous day.

Health authorities logged 77.878 Covid infections within the latest 24 hour period, and 106 deaths. However, experts say there are a high number of unreported cases in Germany.

“The share of the BA.4 and BA.5 subvariants is currently showing the strongest growth,” the RKI said in its report.

As a result, these Covid subtypes – whose share is still currently at a low level – could account for the majority of infections in just a few weeks, said health experts.

According to the report, the more transmissible BA.5 variant was found in every tenth sample during investigations recently – meaning it is doubling week to week.

The proportion of BA.4 is reported to be 2.1 percent, which is also about double the previous figures. The figures are based on a random sample; not all positive cases are checked for variants.

According to experts, so-called ‘immunity escape’ plays a role in the advantage that BA.5 has over previous Omicron subtypes. This means that the viral genome has changed so that it can better escape antibodies of vaccinated and recovered people.

The encouraging news is that even though reports from Portugal have raised concerns about a possible increase in the severity of the disease, the RKI has so far seen no evidence of this.

The data does not suggest that infections with BA.4 or BA.5 cause more severe illness or proportionately more deaths than the BA.1 and BA.2 subtypes of Omicron which fuelled the past waves, the RKI wrote.

The Omicron BA.2 subtype was recently found in almost every positive sample included in the investigation. Now its share has dropped to 87.5 percent.

However, the situation in hospitals has not yet changed: the burden on the healthcare system continues to decline, according to the RKI.

However, he said that the Infection Protection Act, which expires on September 23rd this year, will have to be amended and extended to prepare for new and possibly more dangerous virus variants. 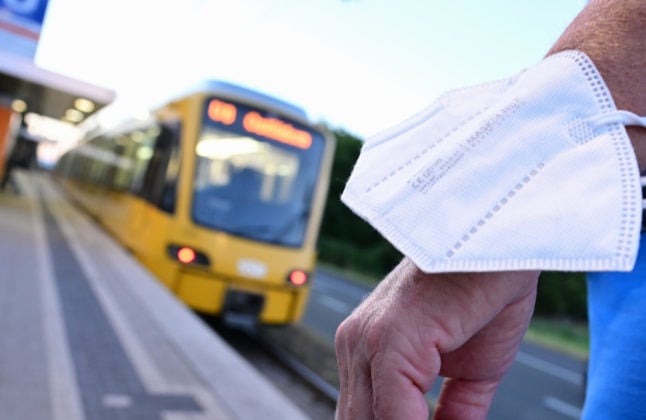 Covid infections are declining in all federal states and age groups, the Robert Koch Institute (RKI) said in its weekly report released on Thursday evening.

According to the weekly report, the number of people reported to have Covid, including symptoms has gone down as well as the number of doctor visits.

The RKI says that the data means that “the current peak of the wave seems to have been passed”. But experts from the public health institute say it is still too early to sound the all-clear on the pandemic.

It comes after the German Health and Justice Ministry last week released a plan to tackle the Covid development in autumn through to spring next year.

The number of hospital admissions of people with Covid-19 decreased last week, as did the number of patients diagnosed with Covid-19 in intensive care units (ICUs), the RKI said. Outbreaks across German nursing homes have been decreasing as well.

The RKI also says there has been a decline in deaths associated with the virus recently – with 372 Covid deaths reported last week compared to 444 the previous week.

Although this shows that Germany seems to have got through the peak of the current wave, the RKI says that people over the age of 80 continue to be the most affected by severe illness.

And despite the improved situation last week, the infection risk remains “high” in all age groups, according to the RKI – as does the burden on the health system.

Looking ahead to the next few weeks, the RKI expects a “continued high number of hospitalisations, Covid-19 patients requiring intensive care and deaths, especially in older age groups”.

For this reason the RKI says it is not sounding the all-clear and urged people to get vaccinated or boosted if they haven’t already. 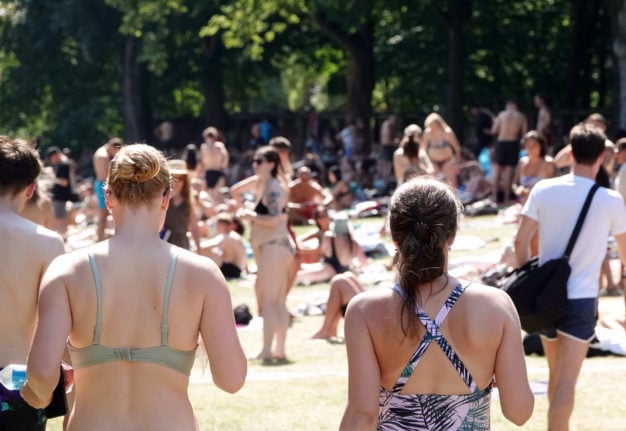