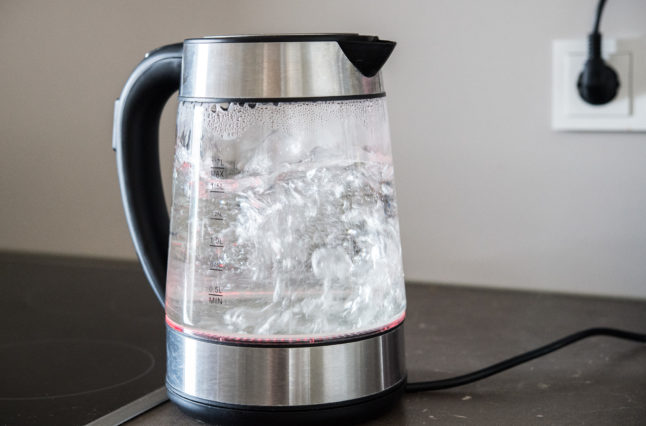 Speaking to RND on Friday, the German Federation for the Environment and Nature Conservation (BUND) urged the government to go further by introducing legal caps on energy consumption over the coming months.

“An advertising campaign aimed at individual households would not do justice to the magnitude of the task,” said Antje von Broock, executive director of BUND.

Broock said the group welcomed the launch of the Economics Ministry’s campaign to save energy. “But big steps can only be taken with binding measures”, she said.

As Germany struggles to limit its use of fossil fuels amid the ongoing war in Ukraine, the environmentalists say that every industry should be reducing its energy consumption by at least ten percent.

The Minister for Economics and Climate Protection, Robert Habeck, is set to reveal plans for his energy saving campaign to fellow government ministers on Friday.

Under the slogan, “Germany does it efficiently” (Deutschland macht’s effizient), the campaign will promote energy independence and climate protection with newspaper advertising, electronic billboards and posters at bus stops, as well as events, energy consultancy services and an information hotline.

Habeck has been calling on citizens to reduce their energy usage for several months, with the aim of ensuring that Germany has full gas and oil reserves in time for winter.

The government is concerned that Russia could use its energy supplies as leverage against EU countries like Germany following its invasion of Ukraine.

“The gas storage facilities must be full by winter or else we will be in a situation where we can be easily blackmailed,” Habeck warned at a press conference in May.

While the Green politician has stopped short of official caps, he has previously claimed that it would be possible for the country to cut its energy use by 10 percent.

“Saving energy is a joint national task in which politics, industry, companies, consumers can all help so that it succeeds,” he said. “Those who save energy protect the climate, strengthen the country and look after their bank balance.”

The government is also turning to regulation to help meet its energy targets.

In the second half of the year, Habeck plans to amend the Building Energy Act to ensure that solar roofs become the legal standard and companies must comply with strict rules when replacing existing heating systems.

READ ALSO: Why Germany has urged households and businesses to cut down on gas