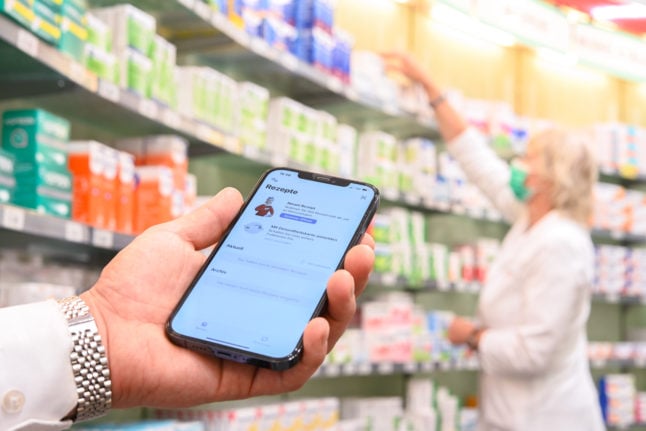 Germany is taking steps towards a more digital-friendly health system – and one of the biggest projects is e-prescriptions.

In future, people in the Bundesrepublik will receive their prescriptions from the doctor digitally (known in Germany as an ‘e-Rezept’).

Patients should be able to get prescriptions from their doctor via a QR code sent to an app (developed by Gematik and the Health Ministry,), which can then be transmitted to a pharmacy.

The pharmacy can then let the patient know whether their medicine is in stock (or if they want to order it), and when it is ready for collection.

The digital document will replace old paper prescriptions. However, the QR code can also be given to the patient by the doctor on a piece of paper if the patient prefers or doesn’t have access to a smartphone.

The aim is that it will save on paperwork, time at the doctor and on trips to the pharmacy.

The e-prescription is also intended to make treatment with medicines safer, for example by reminding patients when they need a certain medicine again. According to the Ministry of Health, it will also be able to check whether all medicines are compatible with each other.

After some disagreement between healthcare providers and authorities, the gradual introduction of the e-Rezept in doctors’ surgeries and pharmacies will start on September 1st.

Haven’t I heard about this before?

Yes. It has been talked about for some time, and was originally meant to launch this year, as The Local reported.

In fact, the legal basis for the e-prescription was created back in 2020, but the project has taken a long time to progress. A test phase in Berlin-Brandenburg last year fizzled out. Afterwards, a nationwide test phase, in which practices could participate voluntarily, started with a delay.

Meanwhile, doctors and insurers slammed the plan, fearing that it would be difficult to implement on a day-to-day basis. 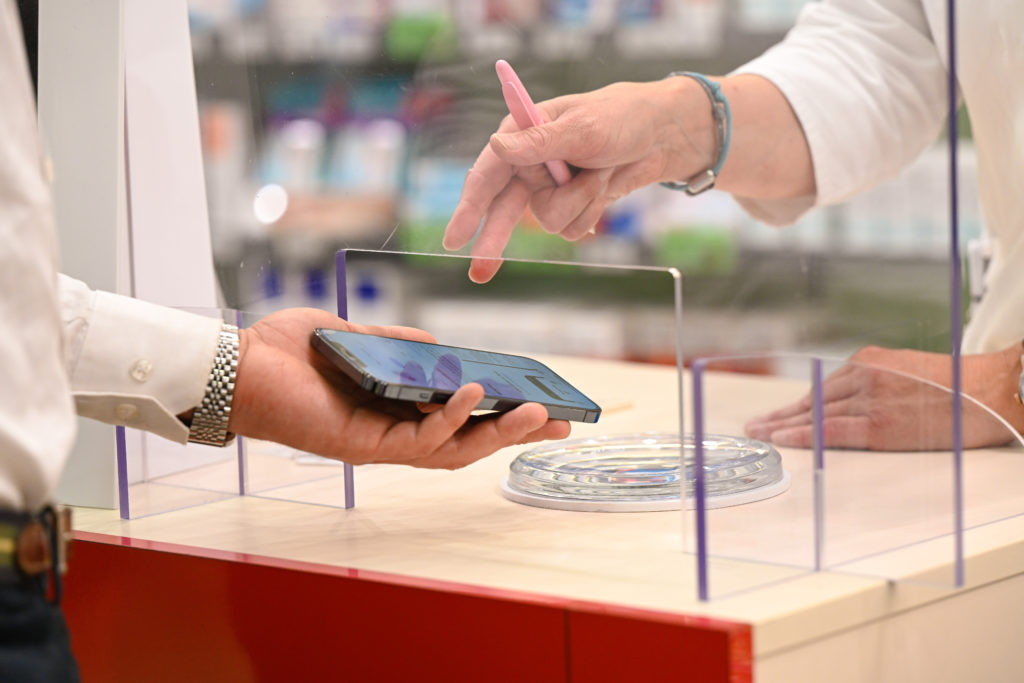 A man with his mobile phone in his hand is served by a pharmacist in a pharmacy. Photo: picture alliance/dpa | Mohssen Assanimoghaddam

How will it start?

After a long delay, representatives of the health care system have now agreed on the next steps for the introduction of the e-prescription.

Pilot practices and hospitals in Schleswig-Holstein and North Rhine-Westphalia will issue e-prescriptions from September 1st.

From then on, pharmacies throughout Germany will have to accept digital prescriptions.

Gradually, more practices and clinics will be added to a pilot procedure. For doctors, however, there is no obligation to issue e-prescriptions for the time being – instead, a regional step-by-step model is planned.

This model will also start in the two pilot regions, where digital prescribing is to become mandatory from December 2022. The prerequisite for this, however, is that all the parties involved – from the Gematik app creators to the government, doctors, hospitals and health insurance organisations – are satisfied with the pilot introduction and consider it a success.

Health Minister Lauterbach welcomed the introduction. “This is a breakthrough for digitalisation,” he wrote on Twitter on June 1st.

In theory, this is the plan – you’ll visit the doctor or have a video consultation. After the check-up, the doctor will issue you with an electronic prescription for the medication that has been prescribed to you.

A prescription code is automatically created for each ‘e-Rezept’, which you will need so you can get the medicine at the pharmacy. As we mentioned above, patients in Germany can either open this QR code in the free app or receive it as a printout from the doctor.

A doctor’s signature is not required because e-prescriptions are digitally signed.

In the nationwide trial phase that has been running so far, about 24,000 e-prescriptions have been filled in six months.

Compared to the approximately 500 million prescriptions issued on paper in Germany each year, this is a small proportion.

Nevertheless, it appears that Germany really is starting to embrace the digital side of healthcare.

Germany can be a difficult country to settle into and there are a lot of strange traditions and cultural quirks that take some getting used to. But if you find that at least three of the following apply to you, it’s a sure sign that you’ve adapted to life in the country.

One of the biggest shocks ex-pats often experience when first arriving in Germany is the ease with which Germans take off their clothes.

In saunas, spas and the changing rooms of sports facilities, it’s perfectly normal to walk around with everything on display in Germany. In the summer, the fondness for nudity becomes even more visible, as lovers of Frei-körper-kultur (FKK) bare all while basking in the sun on beaches and in parks.

So, if you find yourself happily shedding your clothes without a care in the world, it’s a sure sign you’ve become accustomed to life in the Bundesrepublik.

READ ALSO: Why do Germans love getting naked?

You don’t do anything on a Sunday 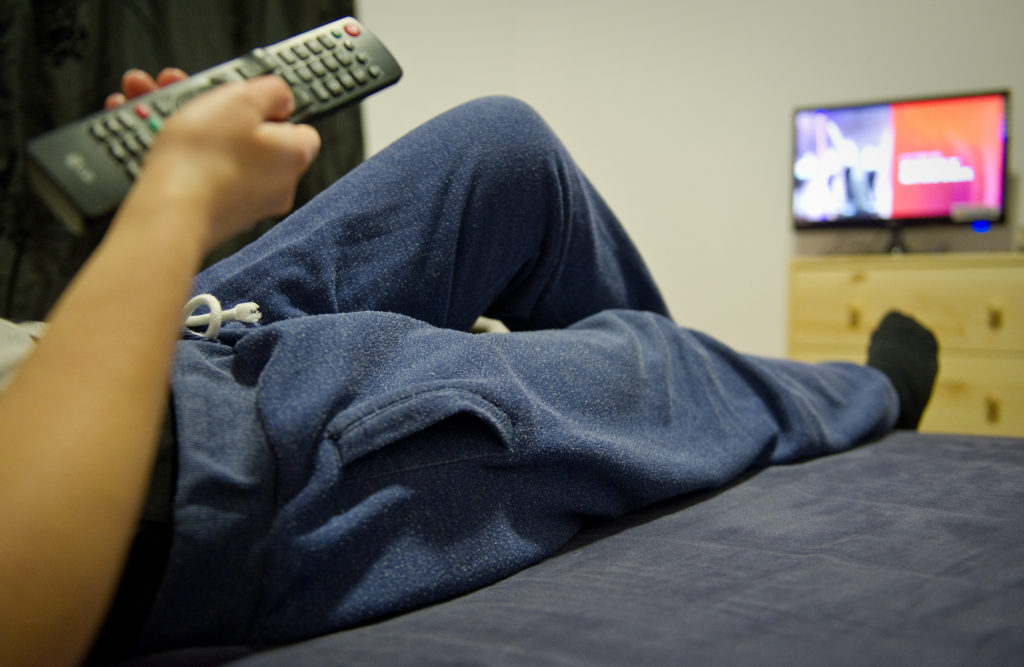 Nowhere is the saying “Sunday is a day of rest” truer than in Germany, and it’s a principle that can be baffling and frustrating to ex-pats who first move to the country.

The Sonntagsruhe (Sunday rest) principle is so important in Germany, that it’s even written into the constitution.

Article 140 of the law says: “Sundays and state-recognised public holidays remain protected by law as days of rest from work and spiritual upliftment.”

This is why shops are closed on Sundays and why some home DIY could end up with a visit from the police – as making excessive noise is, in some cases, a criminal offence.

So if you find yourself shushing your neighbours for hoovering on the sabbath, you’re very well on the way to being a German.

READ ALSO: Why are shops in Germany closed on Sundays – and will it ever change?

It’s no secret that punctuality is a big deal in Germany, and it’s a cultural trait that foreigners have to get on board with quickly.

Turning up just a minute late can result in missed appointments and a black mark against your name with your employer.

It’s wise, therefore, to adopt the German practice of planning ahead, and aiming to arrive early.

So if you now consider arriving on time as already late and a meeting with friends organized with less than two weeks’ notice to be spontan (spontaneous) you’re 99 percent of the way to becoming German.

You have a filing cabinet

Getting to grips with German bureaucracy is one of the biggest hurdles newcomers to the country have to grapple with. 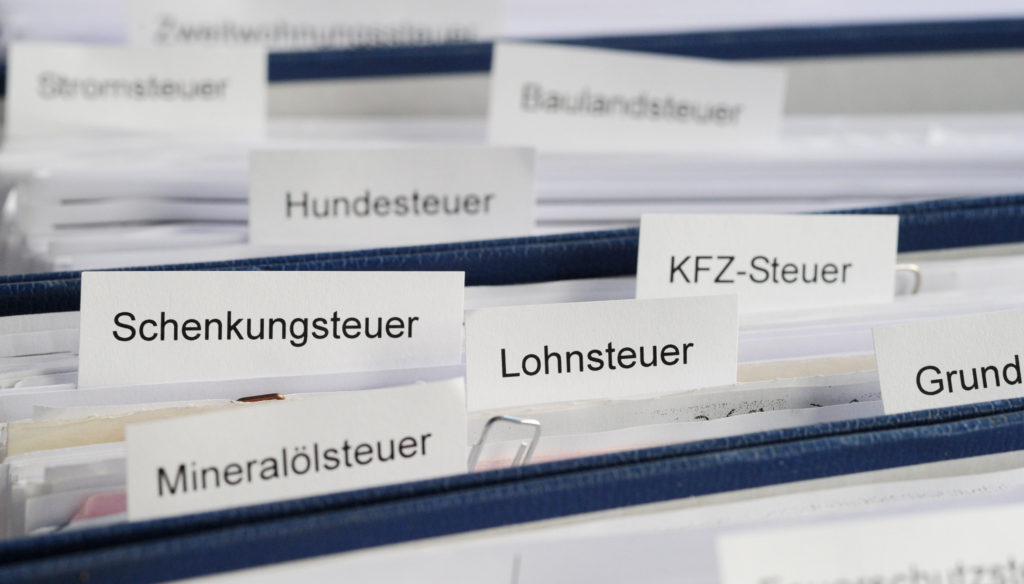 Tabs with the names of the different types of taxes such as “wage tax”, and “dog tax”, in a file folder. Photo: picture alliance / dpa | Tobias Hase

There are countless Bescheinigungen (certificates) to keep hold of, you’re obliged to keep wage slips for at least a year, and health insurers and state authorities still love to send out paperwork.

Once you’ve carelessly thrown away an important document or two, you quickly learn that the only way to survive in Germany is to keep track of your paperwork – and the best way to do that is to get yourself a filing system.

You go prepared to the supermarket

In Germany, grocery shopping is a serious business.

Expats are often shocked by the lighting-fast check-out workers who expect you to bag your own items in an equally speedy manner to keep the queue moving.

Supermarket trips for Germans also entail the return of bottles to the machine to reclaim their deposits.

So, if your trips to the supermarket are accompanied by a bag full of Pfandflaschen and some sturdy, reusable bags, you can consider yourself well acclimatised to life in Germany.