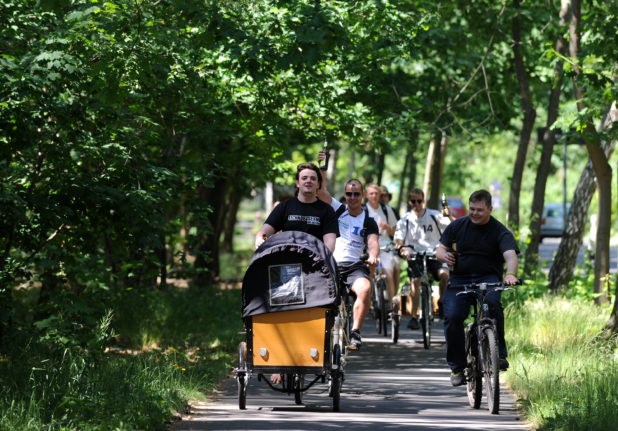 Just a few days before Father’s Day on May 26th, German doctors issued an urgent warning for people to avoid riding their bicycles under the influence.

According to physicians at the Asklepios clinic in Hamburg, the May 26th bank holiday – which is both Ascension Day and Father’s Day – is the time of year when the majority of alcohol-related bike and car accidents occur.

Even New Year’s Eve – a  day of firework anarchy and all-night boozing – tends to be outstripped by Father’s Day when it comes to drunken antics and accidents in Germany. And doctors say the problem is getting worse.

A few months after the start of the pandemic in 2020, revellers set an unfortunate record on Father’s Day when a whopping 657 bike accidents were recorded. Around half of the cyclists – 312 – were under the influence of alcohol at the time.

This year, following the scrapping of most Covid rules, there are concerns that things could get even more crazy than usual.

READ ALSO: What you should know about Austria and Germany’s ‘Stammtisch’ tradition

Why are there so many drunk cyclists on Father’s Day?

For more religious types, Ascension Day may be best known at a time to celebrate Jesus’ ascension into heaven to be reunited with the Holy Father.

But in Germany, this celebration of the father/son relationship has transitioned over the years.

In fact, Father’s Day in Germany isn’t so much a day when children hastily buy ‘Dad’ gifts and cards with pints of beer on them on Amazon (though gifts are appreciated).

It’s more of celebration of male bonding, where groups of men do “traditional” things like binge-drinking and heading out on the town with a strict “no women allowed” policy. In some places, it’s even referred to more often as Männertag (Men’s Day) than Vatertag (Father’s Day). 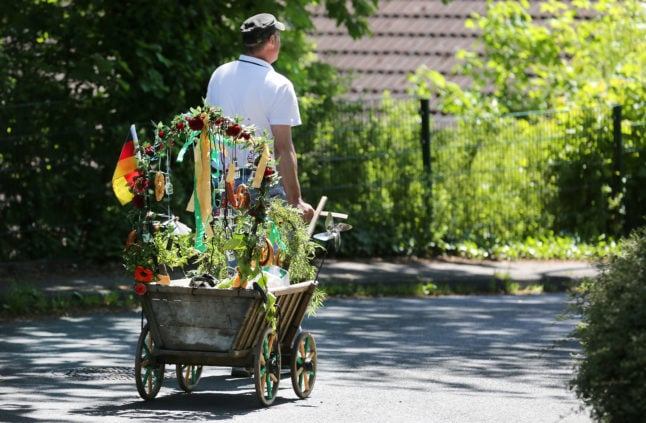 The tradition apparently dates back to the 18th century, when the day was dedicated to a celebration of fathers. Men would be apparently be carted into the village and the man who had fathered the most children would receive a prize (which was normally a large ham).

These days, the cart has remained a prominent feature of the revelry.

In fact, one of the most popular Father’s Day activities is to fill up a trolley or Bollerwagen with beers and go on a booze-soaked walk or cycle trip with a group of male friends.

Another option is to cut out the middle man and simply rent a beer bike – a big bar on wheels that careers through the town – for your group.

As you can imagine, this doesn’t always lead to the best road safety practices.

But isn’t it all just a bit of fun?

A lot of people obviously cherish their day-drinking rituals on Father’s Day, and the raucous traditions is unlikely to disappear anytime soon.

That’s despite the best efforts of politicians like EU Commission President Ursula von der Leyen, who criticised the fact that fathers didn’t spend enough time with their children on Father’s Day back when she was German Family Minister.

But doctors are keen to highlight the dangers of being legless while in charge of a bicycle.

“Riding a bicycle under the influence of alcohol significantly increases the risk of falling,” said Michael Hoffmann, head physician at the Clinic for Trauma Surgery, Orthopaedics and Sports Orthopaedics at the Asklepios Klinik St. Georg.

For drunk people who do get injured, it’s also more difficult to assess the severity of a head injury – since coordination isn’t generally the strong point of the inebriated anyway. 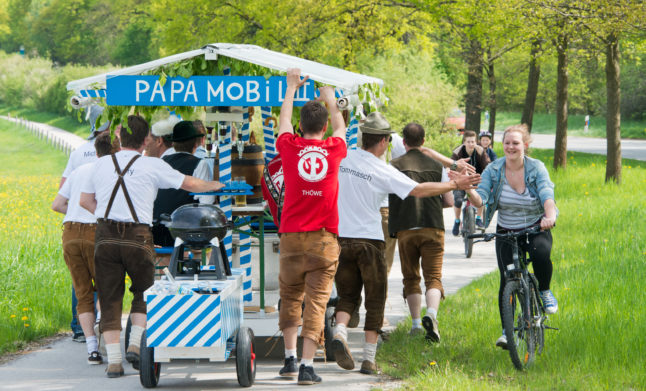 Studies also show that the risk of serious or even fatal injuries is about twice as high for drunken cyclists as for sober ones.

“The impaired reflexes under the influence of alcohol certainly play a role here,” explained the head physician of neurosurgery at the Asklepios Clinic North – Heidberg, Paul Kremer, adding that e-bikes were particularly risky.

“They reach higher speeds without much effort, which an intoxicated person can hardly assess properly,” he said.

Unfortunately, Father’s Day can also be a dangerous time for those who keep their wits about them, too. Apparently, sober cyclists can often suffer injuries when they’re involved in accidents with drunken day-trippers.

“Anyone who rides a bicycle under the influence of alcohol not only runs the risk of injuring themselves, but also endangers other road users,” Hoffmann warned. 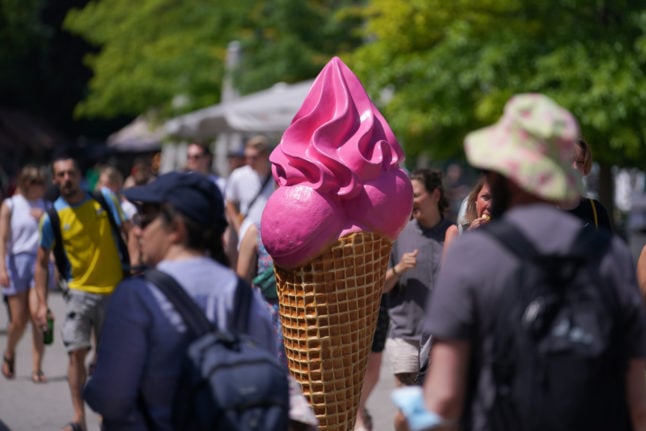 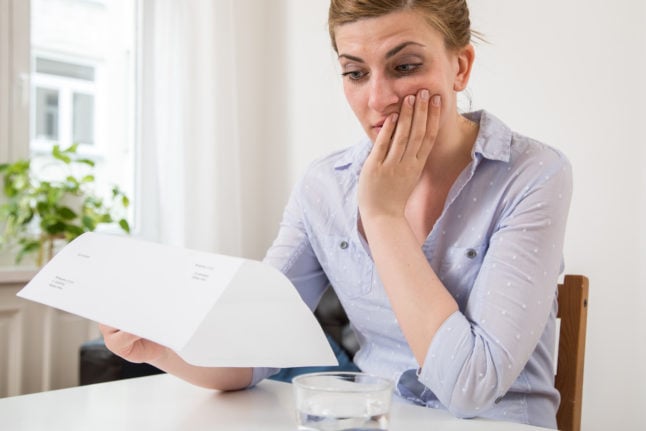 MONEY
Schufa: How foreigners can improve their German credit score

How is immigration influencing population changes in the pandemic?

The development was mainly due to an increase in net immigration, said the Federal Statistical Office (Destatis). Around 317,000 more people came to Germany than left in 2021.

Initially, the statistics office predicted that the German population would see a stronger stagnation in 2021.

It comes after net immigration decreased significantly in the first pandemic year. Since reunification, the number of people living in Germany has mostly grown. However, in 2020, Germany’s population stayed the same for the first time since 2011.

They said changes in migration patterns were particularly significant among young adults aged 18 to 22.

It means that the number of immigrants who came to Germany in 2021 was almost at pre-pandemic levels. At the end of 2019, net immigration stood at 327,000 people.

Germany’s population figures are calculated using data on registered births and deaths as well as from the arrivals and departures reported to the statistical offices by authorities.

What else do we know about the German population?

The proportion of foreigners in the total population increased from 12.7 to 13.1 percent compared to the previous year.

The average age of the German population increased slightly by 0.1 years to 44.7 years.

What’s the situation in different parts of Germany?

Population development in 2021 varied from region to region: in absolute terms, the population in Bavaria increased the most with an increase of about 37,000 people, followed by Lower Saxony (+24,000) and Baden-Württemberg (+22,000).

In percentage terms, Schleswig-Holstein and Berlin (+0.4  percent each) had the highest increases in population. There were also population losses in Bremen, Thuringia, Saxony-Anhalt, Saxony, Saarland and North Rhine-Westphalia.

The below table shows the population changes in German regions. 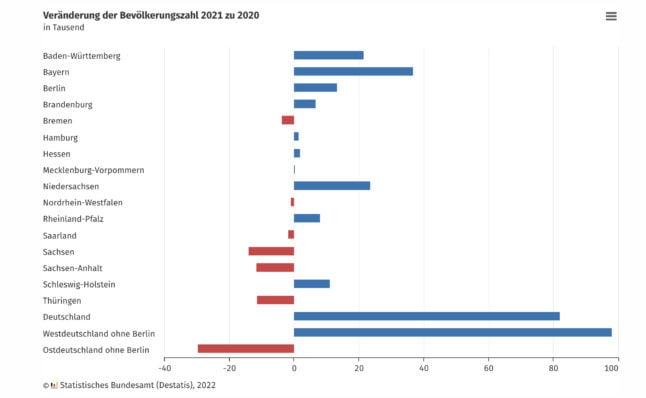 In eastern Germany (excluding Berlin), the population continued to decline (by 30,000), and stood at 12.5 million at the end of the year. 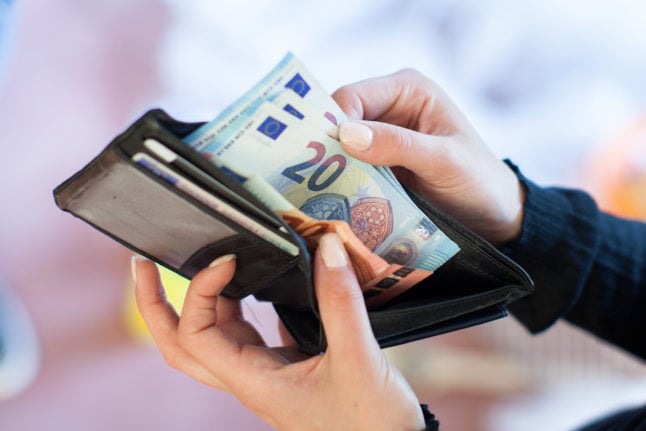 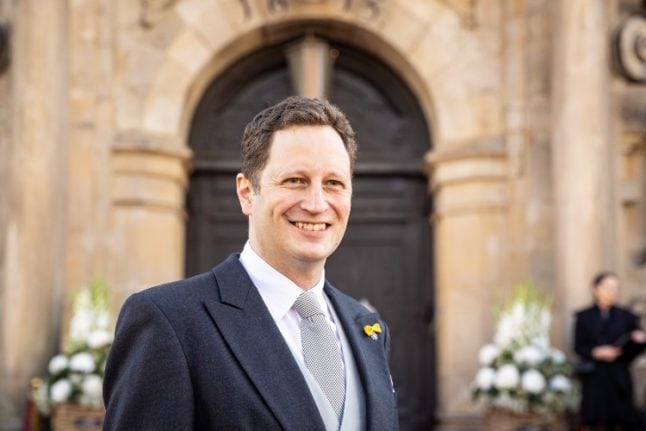 GERMAN TRADITIONS
Where are the German royal family now?
Url copied to clipboard!