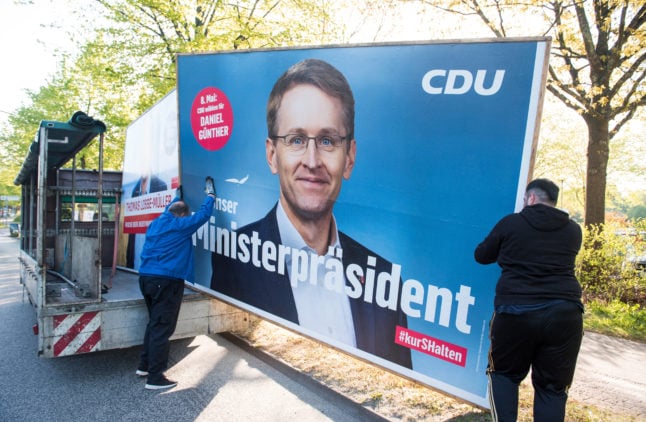 Over the weekend, the northern state of Schleswig-Holstein held its parliamentary elections. The results threw up a number of surprises, with the CDU soaring to victory, the far-right AfD getting kicked out of parliament and the SPD seeing their vote collapse.

It was an unmistakable win for the CDU, whose vote shot up by more than 11 percent to 43.3 percent in total. The SPD, in contrast, lost 11.4 points and ended up with just 16 percent, while the AfD vote slipped to 4.4 percent – just below the threshold for entering the state parliament.

For the past five years, a so-called Jamaica coalition, comprised of the CDU, the Greens and the Free Democrats, or FDP, has been governing Schleswig-Holstein.

The time in government appears to have been positive for the CDU, whose candidate Daniel Günther will now continue as state premier. Results for the two junior coalition parties was more mixed: the Greens increased their vote share, while the FDP vote declined.

The level of CDU support means that Günther will be able to take his pick of parties he wants to govern with. With 34 of 69 seats in the parliament occupied by the CDU, a partnership with just one other party will easily take him over the threshold for a majority.

So, what do these varied results tell us about the state of current German politics? Is it a clear sign that the Social Democrats (SPD) are losing support over their handling of the Ukraine crisis, and is it a vote of confidence for the new federal leader of the CDU, Friedrich Merz? Here are some of the key takeaways.

If this wasn’t obvious from the fact that former chancellor Angela Merkel was in power for 16 years, German voters often live by the motto of, “better the devil you know”.

The fact that Daniel Günther is a well-known figure in Schleswig-Holstein’s political landscape and has been state premier for a number of years was a huge boon for the CDU. He’s seen as a safe and experienced pair of hands by voters in the region, having held the reins in the state since 2017.

“The CDU’s success is probably based above all on the Günther bonus,” an editorial by Tagesschau suggests. “The 48-year-old head of government is extremely popular in the state, even across party lines.” 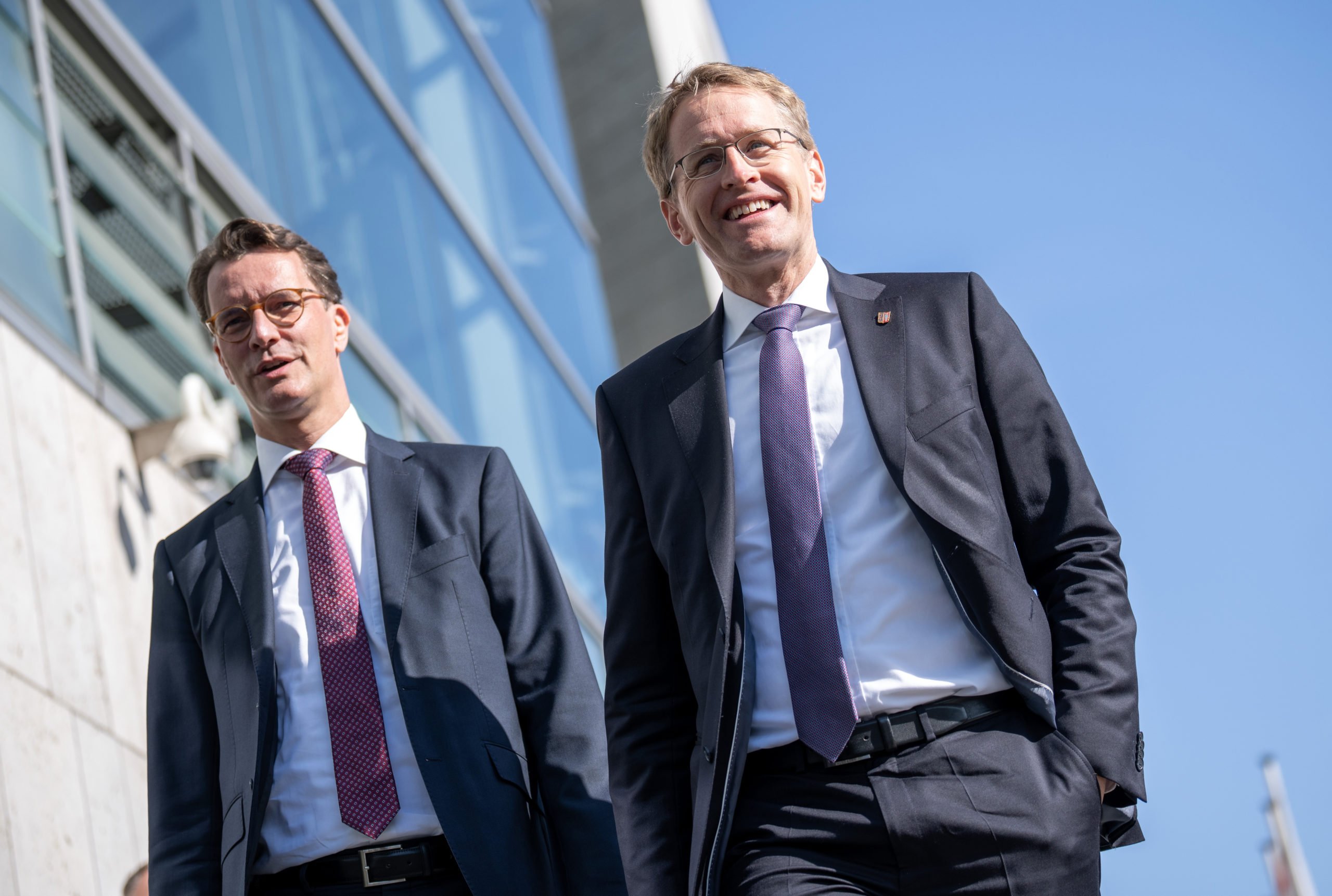 In contrast, the SPD’s candidate, Thomas Losse-Müller, is far less of a household name – despite having held high-up positions such as finance minister and secretary of state in Schleswig-Holstein over the past decade.

“The state SPD is paying the price for using the completely wrong tactics,” wrote the Allgemeine Zeitung. “It was absurd to send the little-known candidate Thomas Losse-Müller into the race against the current state premier, of all people.”

In summary: you can’t make gains against a charismatic and well-liked incumbent, especially with someone relatively unknown.

The Ukraine war is causing problems for the far-right

One of the major stories of election day in Schleswig-Holstein was the losses of the AfD party, who ended up stopping short of the five-percent threshold that parties need to reach to enter state parliament.

Back in 2017, the far-right party had managed to gain a number of seats with a fairly convincing 5.9 percent of the vote. In 2022, this dropped down to 4.4 percent.

In an interview on election night, Greens candidate Aminata Touré described the exit of the AfD from the state parliament as “just amazing” and later tweeted: “Schleswig-Holstein did it! The Nazis are out!”

Could it be the beginning of the end for the anti-immigration party? In short, it’s complicated.

Though the AfD has been losing support in other states and on a federal level, Schleswig-Holstein is the first German state to actually turf the AfD out of parliament.

Clearly, the party still has some loyal supporters, but it does seem that the crisis in the Ukraine has been damaging for them.

The AfD is known for having strong ties to Russia, with its politicians regularly appearing on Russian state TV and praising Vladimir Putin’s regime. Since the start of Russia’s all-out invasion of Ukraine, the party has opposed sanctions on Russia and weapon delivers into the region – though the party is deeply divided.

Jörg Nobis, the leader of the AfD fraction in Schleswig-Holstein, said the party’s opposition to sending heavy weapons to Ukraine had cost the party votes. Voters were also turned off by the internal squabbling they had seen from the party, Nobis told NDR.

In response, the majority of AfD supporters switched allegiance to the CDU or the FDP – or simply decided to stay home on election day.

Looking at the broader context, Chancellor Olaf Scholz (SPD) is having a tough time amid the Ukraine war as well, with his popularity taking a nosedive.

There are two main criticisms of the chancellor at play here: the first is that he’s been indecisive and slow to act, and the second is that he has been uncommunicative throughout the crisis. With opposition leader Friedrich Merz (CDU) taking a combative tone, Scholz has appeared to be pushed into crucial decisions like the delivery of heavy weapons at a time when the country is seeking a strong leader. 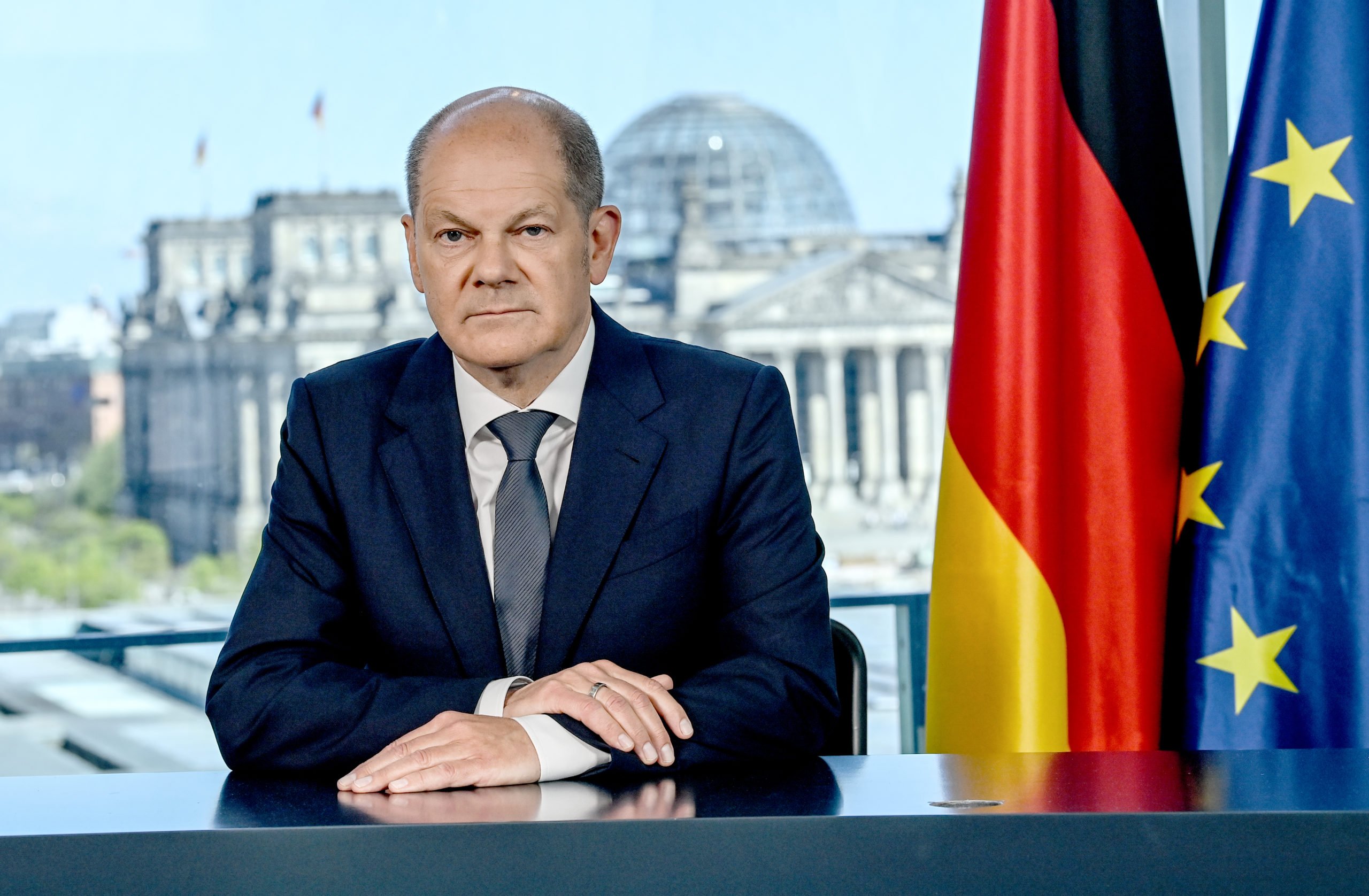 Chancellor Olaf Scholz (SPD) gives a televised speech on the Ukraine war on May 8th, 2022. Scholz has been accused of poor communication during the crisis. Photo: picture alliance/dpa/dpa/Pool | Britta Pedersen

Of course, it’s not all bad news for the centre-left party. After winning a historic victory in the federal elections, the SPD also scored wins in the state elections of Mecklenburg Western-Pomerania and the western state of Saarland.

The problem is that this momentum appears to be slowing. The “Scholz-effect” is no longer a vote-winner for the Social Democrats. There’s also concern that the SPD’s chief campaigner, Thomas Kutschaty, is a vocal supporter of the chancellor, which could also be damaging.

That means the party will have to rely on popular regional leaders and policies rather than the federal party’s performance in order to make gains in future state elections.

State politics are hard to predict

After the state elections in Schleswig-Holstein, the next state to pick its future parliament will be North-Rhine Westphalia (NRW) – Germany’s most populous state.

Though it’s tempting to believe that the elections of the small northern state are a sign of what’s to come, there’s no evidence at the moment that the conservatives are heading for a win in NRW.

In fact, the results in Schleswig-Holstein could be something of an outlier, given the previous wins for the SPD in Mecklenburg and Saarland.

“State elections are state elections, as was recently demonstrated by the SPD’s outstanding victory in Saarland,” Tagesschau wrote in an analysis of the election results. “So when the winning parties in Kiel talk about a tailwind for next week’s election in North Rhine-Westphalia, there is always a lot of hope involved. Or political spin.”

In short, every German state has its own political makeup and flavour, and it’s likely that regional issues matter as much for voters in these areas as what is going on nationally.

One good example of this is the fact that the South Schleswig Voters’ Association (SSW) – a small regional party – also made gains in Schleswig-Holstein over the weekend. The SSW is a centrist party that was set up to represent the interests of the Danish minority and the ethnic Frisians living in the area.

On Sunday, the SSW added 2.4 percent to its vote share, putting it over the threshold to enter parliament on 5.7 percent.