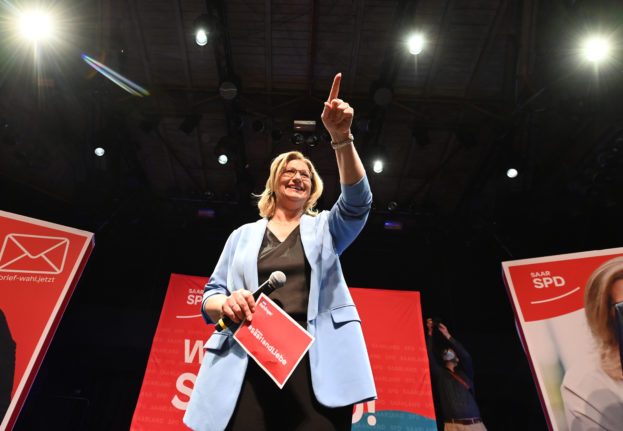 The centre-left party was on course to grab 43-44 percent of the vote, snatching top spot from former chancellor Angela Merkel’s CDU party, which is set for a record low of 27 percent, separate estimates published by broadcasters ARD and ZDF showed.

The upset leaves the conservatives, which had controlled the state since 1999, deep in the doldrums while lending momentum to the SPD ahead of similar regional polls this year, including that of Germany’s biggest state North Rhine-Westphalia in May.

Largely written off just months before his own election, Scholz came from behind to replace Merkel, who was retiring, in a major upset in September that breathed new life into his party.

SPD general secretary Kevin Kühnert called Sunday’s win a “landslide” which gives the party “incredible tailwind” as it looks ahead to three other regional elections in the coming months.

At the last Saarland election in 2017, the CDU came out on top and has since been governing regionally in a power-sharing coalition with the SPD.

The SPD’s strong vote share on Sunday leaves smaller parties like the ecologist Greens or the far-right AfD with just barely the required vote share to cross the 5 percent threshold into parliament. 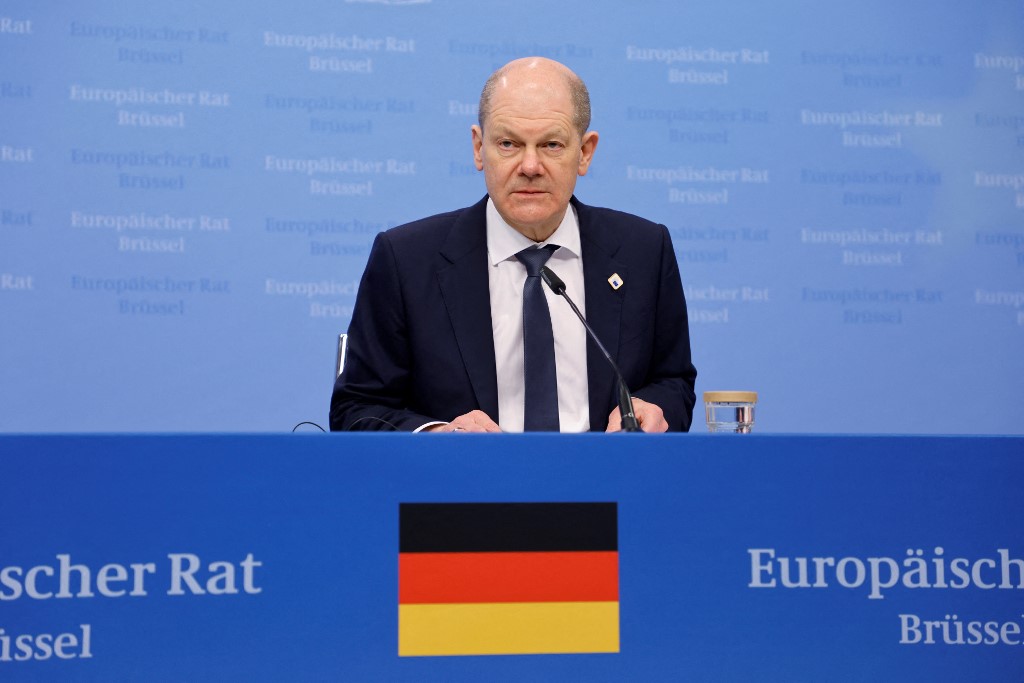 A series of upcoming regional votes will give an indication as to the popularity of new German Chancellor Olaf Scholz and his SDP party. (Photo by Ludovic MARIN / AFP)

Latest national surveys had actually show support for the SPD dipping, as Scholz faces criticism for failing to take a more assertive stance against Russia’s invasion of Ukraine or in handling the coronavirus pandemic.

In Saarland itself however, his SPD is benefiting from voters’ reluctance to rock the boat against the backdrop of the conflict.

“Everything that is said and done at the moment is influenced by the war. It’s not the right time to put up opposition,” said CDU lawmaker Thorsten Frei.

The CDU and the SPD had governed in a coalition with the conservatives leading. But this time, the SPD may well be able to go it alone.

The Social Democrats’ regional candidate, Anke Rehlinger, 45, a lawyer who holds the state shotput record is now in pole position to take over as state premier.

Rehlinger, currently in charge of Saarland’s economy, had won over locals with her action for victims of de-industrialisation.

Her rival, the incumbent state premier Tobias Hans, 44, had struggled to hang on to support, accused of a wavering stance during the pandemic.

Hans was installed in 2018 to succeed former regional chief Annegret Kramp-Karrenbauer, then tapped as CDU national leader and a possible successor to Merkel.

After crashing in national elections to the SPD, the CDU has named Friedrich Merz, a former Merkel nemesis, as its new chief.

Merz cancelled his participation at a rally for Hans on Thursday, sparking speculation he had already concluded the election was lost.

“We get the impression that the CDU is trying to build a firewall to block out Saarland, to not bear the brunt in the impending defeat,” said Spiegel weekly.

“In the end, the results always come back on the federal parties — no matter how strong the firewall that has been erected may be,” it warned.

The CDU, it noted, was struggling to pick up momentum.

It will have to shift gears to stand any chance in the next elections of the year, which besides that of the most populous state NRW, will also include Schleswig-Holstein in May and Lower Saxony in October.