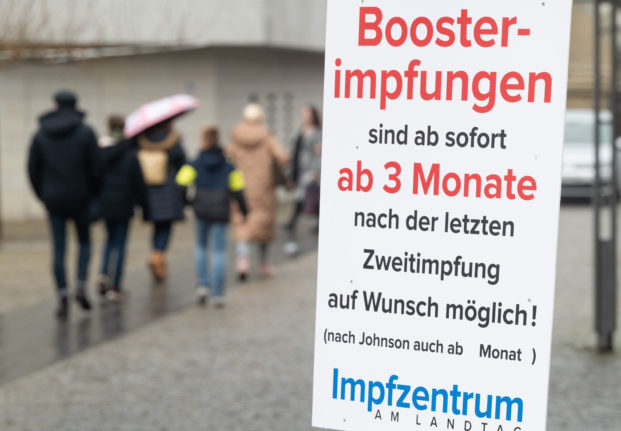 Lauterbach, of the Social Democrats, said he wanted to initiate a discussion on a potential EU-wide recommendation for a fourth dose of vaccination for the over-60s with his colleagues from around Europe.

“We must not forget that the Covid pandemic is not over in Europe,” he told reporters at the sidelines of the meeting in Brussels. “We have very high case numbers, and unfortunately we also have very high death rates.”

Currently in Germany, a fourth dose is only officially recommended for people over 70 years old and vulnerable groups who have various risk factors for a severe course of Covid.

According to the SPD health expert, a fourth jab of Covid vaccine could reduce the number of deaths in the over-60s age group significantly. Compared to people in this age bracket who have only had a third dose of vaccine, the risk of mortality after infection decreases by 80 percent.

This is based on data recorded in Israel, where the booster campaign has been much more widespread.

If the European Commission takes up the idea and puts together a new recommendation in conjunction with the European Medicines Agency (EMA), this could be changed EU-wide to include everyone over the age of 60.

Germany’s own Standing Vaccine Commission (STIKO) would then be likely to issue their own recommendation.

As with the initial booster jab – the third dose – fourth Covid jabs are generally carried out with one of the two mRNA vaccines, Pfizer/BioNTech or Moderna.

But the take-up of the fourth jab has so far been small, with just 10 percent of people who could theoretically have the extra dose actually getting it. That’s compared to around 59 percent of the population who have had a booster jab and the 76 percent who are fully vaccinated.

Lauterbach pointed out that while “nowhere is lacking” in vaccine doses, the demand both around Europe and in lower-income countries is falling, meaning much of the current stock is likely to be wasted.

However, as Germany prepares to discard a number of Covid measures like masks in shops and restaurants, the SPD politician was keen to point out that the pandemic is far from over.

“The situation in Europe, as far as the pandemic is concerned, is worse than people feel,” he said, adding that the Ukraine war was drawing attention away from the ongoing public health situation.

READ ALSO: EXPLAINED: Why Germany is in a bitter row over Covid measures

Speaking in Brussels, Lauterbach also revealed that he believed a new Omicron-specific vaccine won’t be available until autumn.

“September could be the target month,” he said.

The delivery of the specially developed vaccines had been expected early this year, with Pfizer CEO Albert Bourla saying in January his company would have one available in March.

Last month, BioNTech founder Ugur Sahin said he expected it to be available in April or May. 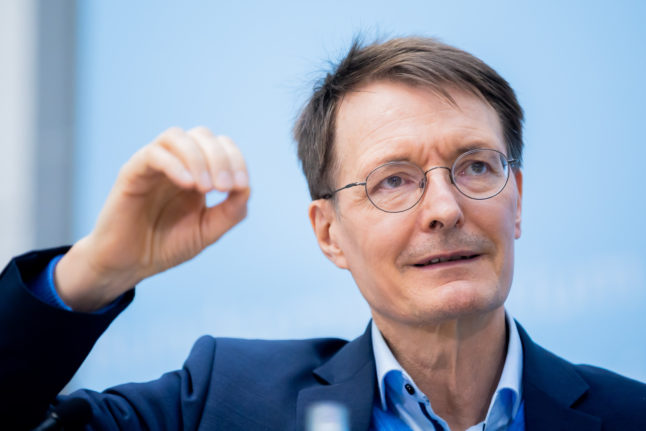 Omicron, which was first detected in southern Africa in November last year and rapidly spread globally, is now the dominant variant, accounting for almost all new cases.

It has mutations allowing it to dodge some of the defences generated by current vaccines and from previous infections, and comes in two main sub-lineages: BA.1 and BA.2, with the latter gaining ground.

While Covid vaccines developed for previous strains have shown they largely stave off serious health consequences, they have proved more muted in preventing infections in the first place.

That’s why research teams are aiming to develop one specially designed to block infections with the highly contagious variant.