Germany on Tuesday put on ice the controversial Nord Stream 2 pipeline in response to Moscow's recognition of two breakaway regions in eastern Ukraine, finally halting the €10 billion project that has long irked allies.

Berlin had over the years doggedly pursued the pipeline which was set to double natural gas import capacity from Russia, despite opposition from the United States and Eastern Europe which fear it would leave the continent too dependent upon Russian energy.

Through controversies that had weighed on German-Russian ties -- from the poisoning of Kremlin critic Alexei Navalny to several spying scandals to a series of cyberattacks, the German government had pushed on with the project, which was finally completed last year and was awaiting regulatory approval.

But hours after Putin's decision on recognising separatists in eastern Ukraine, German Chancellor Olaf Scholz said on Tuesday he had asked for the approval process to be halted, despite a severe energy crisis that has sent gas prices soaring in Europe.

"That sounds technical, but it is the necessary administrative step so there can be no certification of the pipeline and without this certification, Nord Stream 2 cannot begin operating," he said.

Germany will now begin a new assessment of how it can meet its energy requirements, he said. "The situation has fundamentally changed."

The White House immediately hailed the decision, while Ukrainian Foreign Minister Dmytro Kuleba called it "a morally, politically and practically correct step in the current circumstances".

Meanwhile Dmitry Medvedev, vice president of Russia's council of security said Germany was just shooting itself in the foot.

"The German chancellor Olaf Scholz has asked to suspend the certification of Nord Stream 2... well, welcome to the new world where Europeans will soon pay €2,000 euros for 1,000 cm3 of gas," he tweeted.

Earlier Tuesday Ukrainian leader Volodymyr Zelensky had demanded an immediate halt to Nord Stream 2, arguing that Russia was wielding the pipeline as a "geopolitical weapon".

At a press conference in Berlin with visiting Irish prime minister Micheal Martin on Tuesday afternoon, Scholz warned Russia that a decision to halt the Nord Stream 2 pipeline project was only one "concrete" step and that further sanctions could follow.

"There are also other sanctions that we can introduce if further measures are taken, but for now, it's a matter of doing something very concrete," he told journalists.

However, he urged both Russian and Western leaders to keep talking in order to prevent a worsening of the situation in Ukraine.

As well as initial sanctions, continued diplomacy is "important to prevent a further escalation and thus a catastrophe" in the region, Scholz said.

"This is the objective of all our diplomatic efforts," he said.

The Nord Stream 2 project has long been a source of tension with Berlin's allies, who have argued that it would give Moscow too much leverage by increasing Germany's energy dependence.

Even as Russia massed over 100,000 troops on Ukraine's borders, Scholz refused to utter the name of the pipeline when asked about possible sanctions against Russia.

Former chancellor Gerhard Schroeder's involvement as chairman of the Nord Stream AG shareholders committee has also become a source of embarrassment for Germany as the West faces off with Russia in the worst crisis since the Cold War.

The mixed messaging over the gas pipeline had led NATO partners, including the United States, to question if Germany was on board as the West sought to hold off what it viewed as an expansionist Russia. 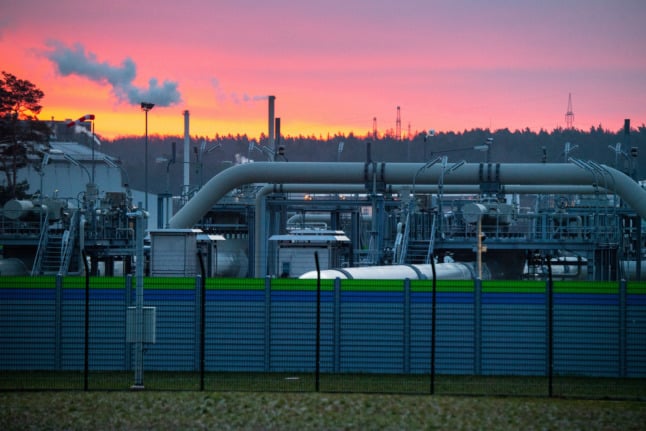 With doubts swirling, German ministers found themselves forced to reiterate repeatedly that they would indeed pull the plug on the pipeline should Russia march on Ukraine.

Kyiv, in conflict with Russia since Moscow's 2014 annexation of Crimea, has long been a critic of Nord Stream 2.

The pipeline bypasses Ukraine's own infrastructure, depriving it of around a billion euros annually in gas transit fees and, Kyiv fears, removing a key check on potential Russian aggression.

"We view this project exclusively through the prism of security and consider it a dangerous geopolitical weapon of the Kremlin," he said last year.

What is Nord Stream 2?

Running from Russia's Baltic coast to northeastern Germany, the 1,200-kilometre (745-mile) underwater Nord Stream 2 follows the same route as Nord Stream 1, which was completed over a decade ago.

Like its twin, Nord Stream 2 would be able to pipe 55 billion cubic metres of gas per year from Russia to Europe, increasing the continent's access to relatively cheap natural gas at a time of falling domestic production. 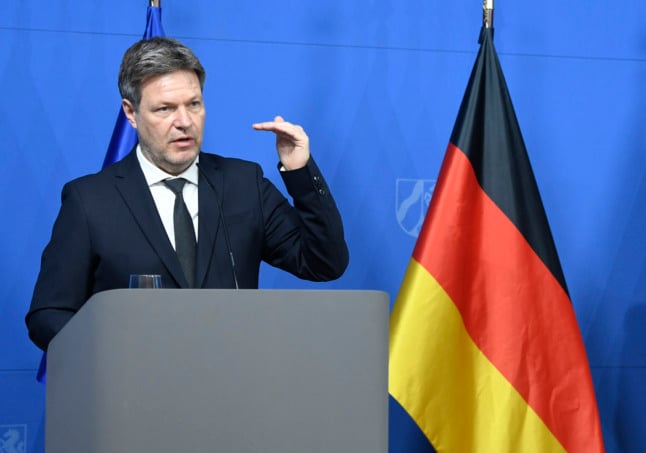 Europe's top economy imports around 55 percent of its gas from Russia -- up from 40 percent in 2012 -- and believed the pipeline has a role to play in the transition away from coal and nuclear energy.

But it will now have to accelerate its build up of other energy sources -- including importing LNG from elsewhere -- in order to meet its energy needs.

Vice-Chancellor and Energy Minister Robert Habeck admitted on Tuesday that there will be "consequences in terms of energy policy, geopolitics and strategy" for Germany.

"We will not forget this winter anytime soon," Habeck said.