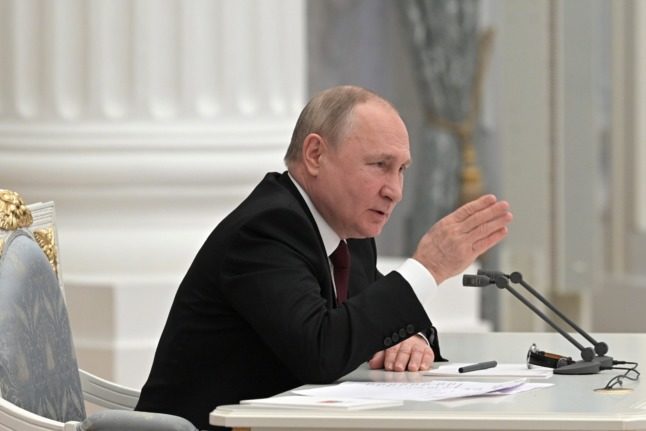 French President Emmanuel Macron, German Chancellor Olaf Scholz and US President Joe Biden agreed that “this step will not go unanswered”, the chancellery said in a statement published following their conversation.

The three Western allies also vowed not to let up in their commitment to the territorial integrity and sovereignty of Ukraine.

Praising the restraint shown by Ukrainian President Volodymyr Zelensky over the latest developments, they added that they will “do everything in their powers to prevent a further escalation of the situation”.

Late on Monday night, Putin is believed to have ordered troops into two Russian-controlled regions of southeast Ukraine, Donetsk and Luhansk, after declaring these seperatist areas “independent and sovereign” states.

In a televised speech that lasted around an hour, the Russian leader said his troops would be sent into the regions “on peacekeeping duties”.

Responding to the sudden news, German Foreign Minister Annalena Baerbock said that Moscow was breaking the Minsk peace agreements that it signed in 2014.

“With its decision, Russia is breaking all its promises to the world community,” she said.

Ahead of Moscow’s signing of the new declaration, Olaf Scholz had used a phonecall with Vladimir Putin to stress that “such a step would be a gross contradiction of the Minsk agreement for a peaceful settlement of the conflict in east Ukraine and a unilateral breach of these deals from the Russian side”.

Scholz, whose country currently holds the presidency of the G7, also urged Putin to “immediately deescalate and withdraw the massed forces from the borders to Ukraine”.

“He stressed that it was now particularly important to observe the ceasefire in eastern Ukraine and to set signs of detente,” according to a statement issued by the chancellery.

“Russia has a particular responsibility here,” he added.

With troops having allegedly crossed the border into Ukraine, there are fears that Putin is paving the way for a wider invasion.

Triggering phase two brings Germany a step closer to the third and final stage that could see gas rationing in Europe’s top economy.

Germany first activated the first stage of the emergency gas plan at the end of March. At the time Habeck said it was a precautionary measure to prepare for any supply restrictions in future.

Russia was using gas “as a weapon” against Germany in retaliation for the West’s support for Ukraine following Moscow’s invasion, Habeck said on Thursday.

Germany, like a number of other European countries, is highly reliant on Russian energy imports to meet its needs.

Russian energy giant Gazprom last week significantly reduced supplies via the Nord Stream pipeline to Germany by 60 percent due to what the company said was a delayed repair.

The second “alarm” level under the government’s emergency plan reflected a “significant deterioration of the gas supply situation”, Habeck said.

At the “alarm” level, Germany is still considered to be in a position to “manage” the situation for the time being.

Habeck said that households “can make a difference” by saving energy, as Germany launches a campaign to encourage gas saving measures.

Germany has dismissed the technical justification provided by Gazprom, instead calling the move a “political decision”.

Kremlin spokesman Dmitry Peskov said Thursday there was “no double meaning” in the supply decision.

“Our German partners are well aware of the technological servicing cycles of a pipeline,” he said.

“It’s strange to call it politics.”

In recent weeks, Gazprom has stopped deliveries to a number of European countries, including Poland, Bulgaria, Finland and the Netherlands.

Germany’s Ministry of Economics and Climate Protection (BMWK) said the second stage means that the security of supply is still guaranteed, but the situation is tense.

“The reason for declaring the alert stage is the cut in gas supplies from Russia, which has been in place since June 14th 2022, and the continuing high price level on the gas market,” said the Ministry in a statement.

The Ministry said that gas storage facilities were currently at 58 percent. But there are concerns over the reduction of gas deliveries from Russia via the Nord Stream 1 pipeline.

“This means that there is currently a disruption in gas supply, which is leading to a considerable deterioration in the gas supply situation; it is therefore necessary to declare an alert stage,” said the Ministry.

Germany has mandated that gas storage facilities be filled to 90 percent ahead of the European winter this year to mitigate the risks from a supply cut.

The country has managed to reduce the share of its natural gas supplied by Russia from 55 percent before the invasion to around 35 percent.

It has also sought new sources of supply, and accelerated plans to import gas into the country by sea in the form of LNG.

What is the emergency plan?

Germany’s gas emergency plan, which is based on a 2017 EU regulation, has three escalation levels – the early warning stage, the alert level and the emergency level.

According to the law, the early warning stage should be declared if there are “concrete, serious and reliable indications that an event may occur which is likely to lead to a significant deterioration of the gas supply situation and is likely to trigger the alarm or emergency stage”.

At the third “emergency” stage, the government intervenes in the market to divvy up limited supplies. 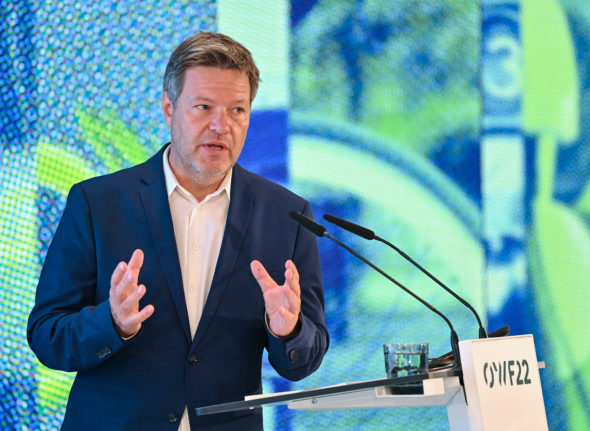 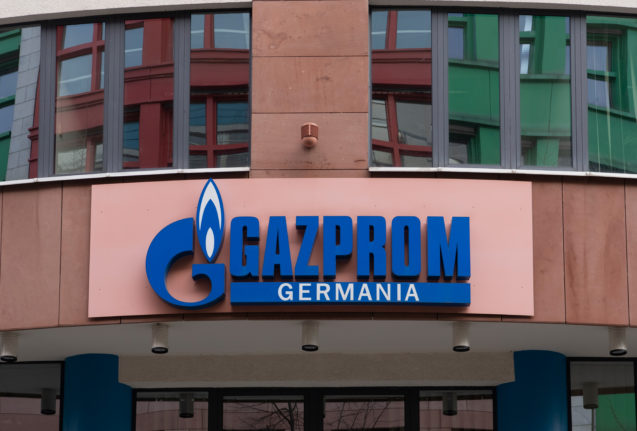