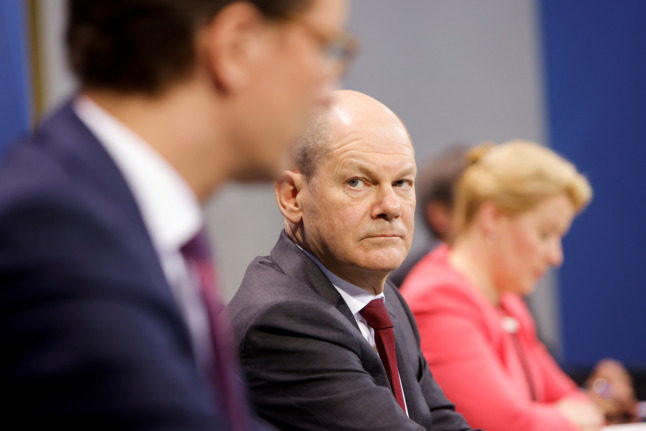 The three-step plan — which includes allowing unvaccinated people back into shops and restaurants — will see Germany reach its “freedom day” on March 20th, as media have dubbed it.

“We can look forward with more confidence than we have been able to in recent weeks,” Scholz said, adding that reopening of public life is now possible because the situation is improving.

“After two years we deserve for things to be better again and it looks like that’s happening now,” he said.

But Scholz urged Germans to remain cautious and said they would have to keep wearing face masks. “The pandemic is not over,” he said.

North Rhine-Westphalia state premier Hendrik Wüst, who was also at the press conference, said there was no longer a threat of hospitals becoming overloaded.

He said it was a new phase in the pandemic but added: “We must remain vigilant.”

Germany is the latest European nation to attempt a return to more normality, two years after the pandemic first emerged and upended people’s daily lives and routines.

What is the plan?

As a first step, Germany will immediately drop a 10-person cap on private gatherings of people who are vaccinated or have recovered from Covid-19. It means contact restrictions for vaccinated/recovered people will be abolished.

For the unvaccinated however, the rule that they can only meet with people from their household and two people outside their household will remain in place for another month.

Access to non-essential shops will be open to all again, without checks on whether customers are vaccinated against the virus or not. Up to this point there have been 2G rules in place, meaning access is only for the vaccinated/recovered – not the unvaccinated. Face masks will still be required, with high-protection FFP2 masks recommended. 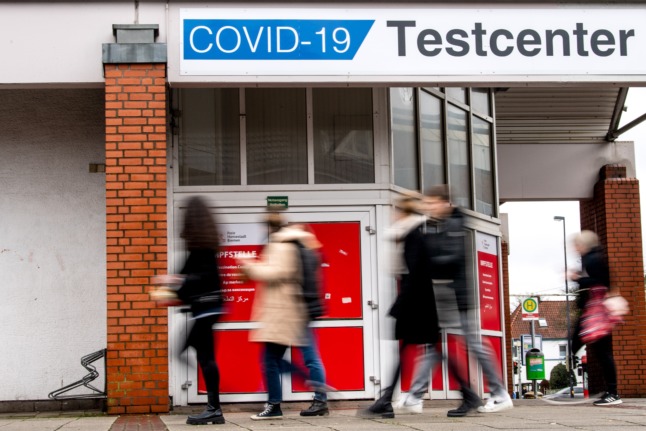 From March 4th, restaurants, bars, cafes and hotels will be allowed to welcome unvaccinated people again, so long as they can provide a recent negative test — a system known as 3G in Germany. Up to this point, the hospitality industry in many states has been the ‘2G-plus rule’, where vaccinated and recovered people have to show proof of a booster or negative Covid test.

Meanwhile, also from March 4th, nightclubs will be allowed to open with the 2G-plus rule in place under the plans – excluding the unvaccinated.

The number of people allowed to attend large events including sports competitions, under 2G-plus rules, will be increased.

In a final step, the remaining profound restrictions on social, cultural and economic life are to be gradually lifted by March 20th.

That includes ditching the requirement for employees to work from home whenever possible.

After that date, Europe’s top economy will rely on “basic protection measures”, Scholz and regional leaders agreed, “in particular the wearing of medical masks” in indoor public venues and on public transport.

Social distancing is also set to be maintained.

Germany recorded almost 220,000 new coronavirus cases over the past 24 hours, the Robert Koch Institute said Wednesday, and another 247 deaths. 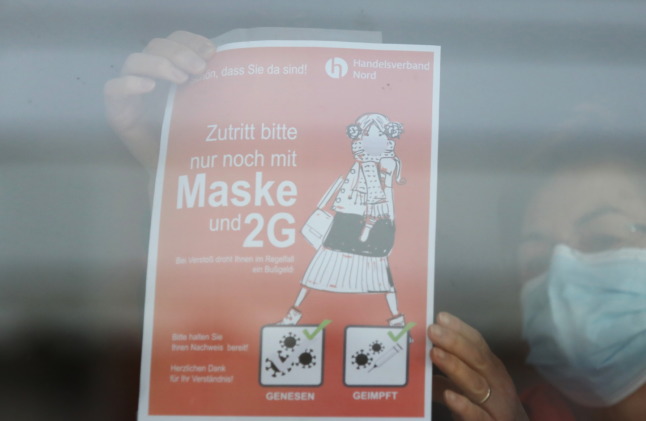 Hospitals too have coped well, having been so far spared a surge in Omicron admissions.

Those elements, combined with a 75-percent vaccination rate among Germany’s population, have led to calls for the authorities to lift curbs and give
citizens back their freedoms.

Britain, Ireland, Denmark and Norway have already dropped most of their Covid-19 restrictions.

The Netherlands, which imposed some of Europe’s toughest measures in December, plans to follow suit. Dutch bars, restaurants and nightclubs will go back to pre-pandemic opening hours and health passes will be scrapped by February 25th.

France aims to remove the last of its curbs in the coming weeks, including ending the requirement for face masks indoors by mid-March if the pandemic situation allows.

Scholz and regional leaders also reaffirmed their support for a general vaccine mandate, a controversial topic that has divided Germany’s lawmakers
who would have to approve the measure.

“Mandatory vaccination is necessary for the winter,” said Scholz, adding that it has to be put in place so that “one new variant doesn’t mess everything up”.