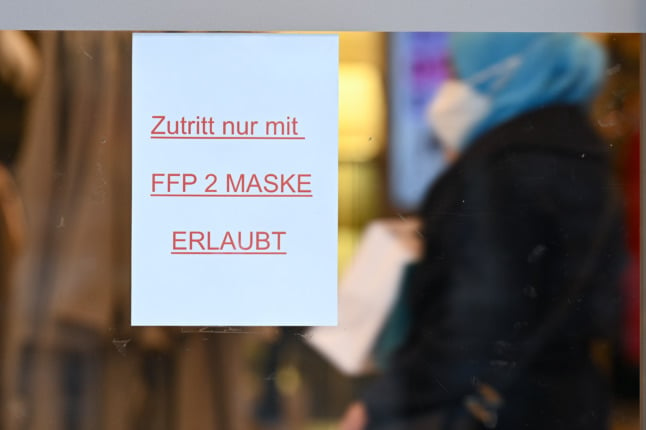 A new draft proposal emerged on Tuesday evening ahead of Wednesday’s Covid summit with Scholz and the 16 state premiers.

As The Local has been reporting, the federal and state governments plan to debate the phasing out of almost all Covid restrictions in Germany.

A draft released on Monday outlined that contact restrictions will be eased for vaccinated and recovered people, while access to shops will be open to everyone without checks on whether customers are vaccinated or tested.

In a second step from March 4th, access to restaurants, bars and cafes will be open to unvaccinated people too if they show a negative test (the 3G rule). Currently, they are only open to people who are vaccinated/recovered with a booster shot or a negative Covid test (the 2G-plus rule).

Meanwhile, also from March 4th, clubs and discos will be allowed to open with the 2G-plus rule in place under the plans, which means vaccinated and recovered people would have to show proof of a booster or negative Covid test.

However, For the unvaccinated, the current rules would continue to apply. Unvaccinated people can meet with their own household and two people from another household.

All other more far-reaching protective measures are to be dropped from March 20th, under the proposals.

However, the “obligation to wear masks in the enclosed spaces of public facilities and on buses and trains” will be kept in place, under the plans.

In the new draft there is also a request that the federal government develop a testing strategy beyond March 31st 2022, and extend the testing regulation. However, there are no further details at this stage.

According to the proposed resolution, a vaccine mandate in the health sector will happen.

However, the new paper now lacks a reference to the current deadline of March 15th 2022 for the implementation of mandatory vaccination for health and care workers.

“The health authorities have discretion in implementing the measures,” says the paper.

This appears to give some German states some flexibility on how they implement the mandate, which they have been calling for.

Covid recovery status under the spotlight

As well as the proposed resolution, there’s a second version with separate demands from states led by the conservative Christian Democrats (CDU) and their Bavarian sister party, the CSU.

In this version, the Union states say they want to see the status of when someone is considered vaccinated or recovered be determined directly by the government – and no longer by the Paul Ehrlich Institute and Robert Koch Institute (RKI).

The recovery status of people who’ve had Covid in Germany was recently changed from six months to three months. But it has resulted in a backlash, and massive confusion.

The conservative states said they want to see the ‘recovered status’ be extended again to six months. In the case of a double-vaccinated person, the status should last nine months, they propose.

According to the draft proposals, plans to remove the authority over vaccination and recovery status from the RKI are already underway. German daily Welt also reported on Wednesday that the decision to shorten recovery status could potentially be reversed.

READ ALSO: How German pharmacies are extending the ‘recovery’ status of vaccinated people

Chancellor Scholz and state leaders will discuss all the proposals on Wednesday and final decisions will be announced after that. Keep an eye on The Local’s homepage for the latest updates.