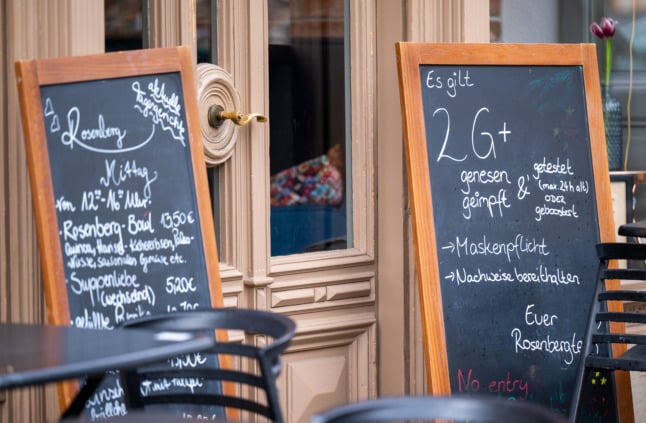 A sign for a cafe in Potsdam, Brandenburg, shows entry is only for people who are vaccinated or recovered with a Covid test or booster shot (2G-plus). Photo: picture alliance/dpa/dpa-Zentralbild | Monika Skolimowska

What’s all this about ‘freedom day’?

Germany’s tough Covid restrictions are to be phased out in three stages by March 20th, according to draft poposals published ahead of Wednesday’s Covid summit between Chancellor Olaf Scholz and state leaders.

The day that almost all Covid measures will be lifted is earmarked for March 20th – almost exactly two years after Germany entered its first pandemic lockdown.

Some German media sites, such as Business Insider, described this as “freedom day”, taking up the phrased coined by the UK government to describe its return to public life last summer.

“By the calendar beginning of spring on March 20th 2022, the far-reaching restrictions on social, cultural and economic life are to be gradually lifted,’ says the plan.

After that, basic protection measures like compulsory medical masks will continue.

The relaxation of rules is to take place in three steps.

Before each step is taken, the government and states would examine “whether the planned measures are appropriate for the situation”.

Here’s a look at the proposals:

First step: In a first step – likely beginning this week – vaccinated and recovered people will be able to meet in larger groups.

Instead of the current upper limit of 10 people, “private gatherings of vaccinated and recovered people with up to [20] people will be possible”, the bill says.

The number 20 is in square brackets, which means it is still in dispute between the federal government and the states.

The draft continues: “Due to the particular vulnerability of the unvaccinated, the restrictions in place for these persons will remain in place until March 19th 2022.

Unvaccinated people can only meet people from their own household and a maximum of two others from another household.

Children up to the age of 14 would be exempt from contact restrictions.

In the first stage, access to shops would open to everyone without checks on whether customers are vaccinated or tested (as is currently the case under the ‘2G’ rule).

But masks will continue to be mandatory.

“Medical masks must be worn to take account of the still high risk of infection indoors,” said the draft. “The use of FFP2 masks is recommended if not required by state law.” 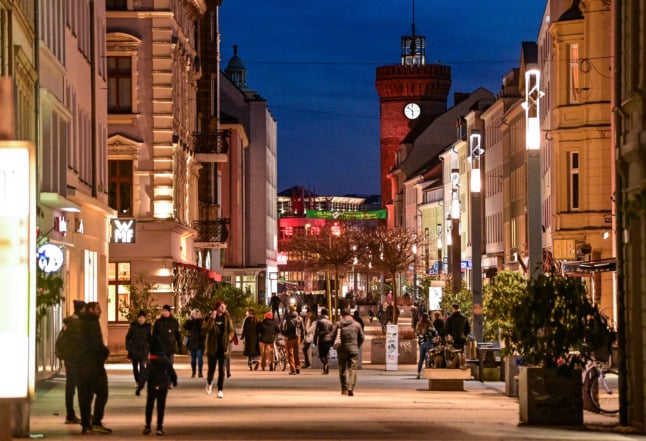 Second step: from March 4th, unvaccinated people will be allowed back into restaurants, cafes and bars, according to the plans.

Access to hospitality will be under the 3G rule meaning that people can show proof of being vaccinated, recovered or have an up-to-date negative rapid test.

In most German states, including Berlin, unvaccinated people have been barred from using these facilities for several weeks under the current 2G-plus rules.

Hotels will reopen to everyone with restrictions. “Overnight accommodation will also be available to those vaccinated, recovered and those with a daily negative test (3G rule),” said the proposal.

Discos and clubs will be allowed to open again. They will have the 2G-plus rule in place, meaning only vaccinated and recovered people can attend with proof of a negative Covid test or proof of a booster jab.

The proposal says that major events will allow more spectators to attend, albeit with restrictions.

Third step: From March 20th 2022, almost all Covid rules will be dropped.

After that date, “basic protection measures” including “in particular the wearing of medical masks” in public will continue.

But other major restrictions, including rules requiring employers to allow staff to work from home if possible, will be lifted at that time.

However, employers can continue to offer ‘home office’ work in agreement with employees if there are no operational reasons to refuse it, and it is in the interest of infection protection – for example, when working in open-plan offices.

Is this all going to happen?

It’s not set in stone. Proposals for the next steps will be discussed at the federal-state Covid summit on Wednesday February 16th, and decisions are expected then.

Several high-profile politicians in Germany, such as Bavaria leader Markus Söder, have been speaking about Covid relaxations in recent days, so it is likely that reopening will receive a lot of support.

Finance Minister Christian Lindner, of the Free Democrats, also said Germany needed to get back to normality “step by step”. 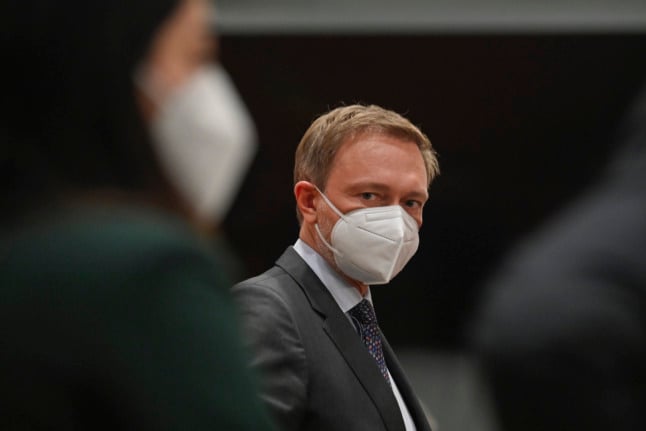 In the areas of education, trade, gastronomy, culture, sport and in companies, “a noticeable step towards normality” must be taken, he told the Handelsblatt business newspaper.

He advocated for the 2G rules to be “immediately lifted” and replaced with mandatory FFP2 masks.

He also argued that contact restrictions for vaccinated and recovered people should be dropped, and there should be no more measures on people when they are outside.

“We need to start the process now and normalise life step by step,” Lindner said.

Health Minister Karl Lauterbach, of the Social Democrats (SPD), is likely to be cautious, but Chancellor Olaf Scholz – also SPD – signalled last week that he expects Covid restrictions to be lifted after the Omicron wave peaks.

Meanwhile, Berlin’s health senator Ulrike Gote raised concerns about the proposals, saying she was still on the side of ‘team caution’.

“What is being said now – we will open everything by March 19th – that is honestly going too fast for me,” said the Green politician on Monday.