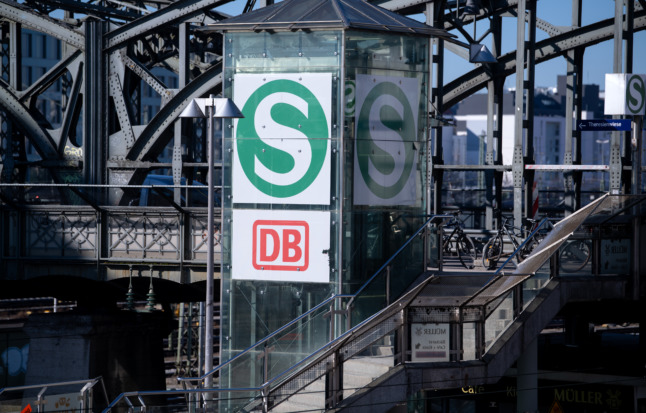 The past few months have been full of bad news for consumers in Germany: the price of household goods is rising at record levels, fuel and energy costs are soaring, and even the price of one of the country’s most beloved commodities – beer – could be set to rise in the near future.

According to a recent analysis by DPA, it seems public transport users are set to be the latest group to fall victim to a new wave of price hikes.

In winter, costs will rise not only for long-distance transport on Deutsche Bahn trains, but also for local transport in many regions. This means that daily journeys could become significantly more expensive: in some areas, the average ticket price will rise by up to 5.5 percent.

In some regions, however, transport operators are keen to keep things affordable. With the pandemic seeing vast swathes of passengers switch to car, the goal is to encourage people back to public transport with predictable, good value tickets.

Here’s where transport costs are going up – and where they’re remaining steady.

Where are prices going up next year?

According to DPA, the Hamburg transport association is the latest of the transport operators to reveal plans for a price increase in 2022. Residents of the Hanseatic city will be expected to pay an average of 1.3 percent more from the turn of the year.

“Nobody is happy about that,” the association admits. But they say the price rises are justifiable in light of the current rate of inflation in the country. “Everything is getting more expensive,” they told DPA.

According to the transport association, however, only a part of company’s higher costs will be passed on to the passengers. The vast majority of the expenses will be borne by the taxpayer.

According to the Greater Nuremberg Transport Association, which serves large parts of Franconia in Bavaria, outlays for its 135 member companies are getting steeper by the day. Not only must they pay higher prices for fuel and electricity, but they’re also attempting to finance new transport networks and digital offers at a time when revenues from passengers are particularly low.

For Franconians, that means bus and train travel will become considerably more expensive from next year. In the VGN, fares will rise for the first time in three years, with prices surging by an average of 5.5 percent.

For residents of Nuremburg itself, however, millions of euros of transport subsidies from the treasury have helped ensure that prices remain stable. The entrance to the Marienplatz Underground Station in Munich. Munich and the surrounding area will see ticket prices go up by 3.7 percent from mid-December. Photo: picture alliance/dpa | Peter Kneffel

Residents of Upper Bavaria won’t be spared the upcoming price hikes, however. In Munich and the surrounding area, prices are set to rise by 3.7 percent from mid-December. “The Covid pandemic brought with it huge income losses for us,” explained the local transport association.

In Stuttgart and the surrounding area, tickets for public transport will become 2.5 percent more expensive in the new year.

In the Rhine-Ruhr transport association, which serves the most populous region in Germany, fares will increase at a somewhat slower rate of 1.7 percent next year.

Where are transport costs remaining the same?

In amongst the wave of price rises, many of the northern German states (with the exception of Hamburg, of course) are emerging as havens for public transport users.

In Bremen, the surrounding area of Lower Saxony, and in Berlin and Brandenburg, there will be no price hikes for the coming year. For Bremen residents, this will be the second year in a row that prices have remained stable.

These transport operators have all taken a different view on how best to recoup losses in the aftermath of the Covid pandemic. With passenger numbers on regional services still just below pre-pandemic levels, they want to encourage customers back on buses and trains with stable, affordable ticket prices.