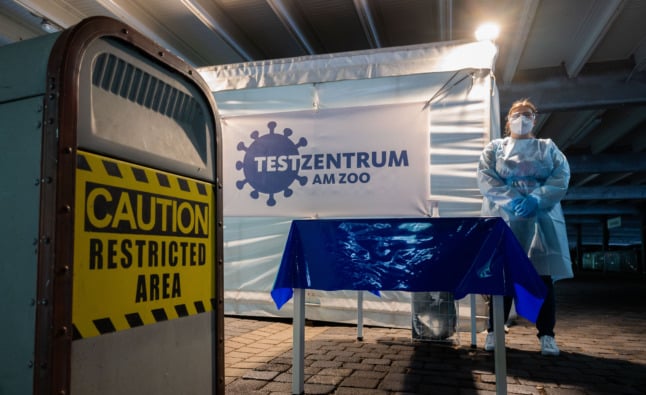 After meeting with the 16 state premiers on Tuesday, Chancellor Merkel announced in a press conference that the country’s ‘health pass’ scheme would be rolled out nationwide. From August 23rd, areas with a 7-day incidence of 35 new Covid infections per 100,000 people or more will require a health pass to access most indoor public spaces and events.

That means that vaccinated and recovered people can simply flash their digital CovPass, PCR test or yellow booklet – while unvaccinated people will need a negative rapid test taken within the last 24 hours, or a PCR test taken in the last 48 hours.

To make matters worse for those who haven’t yet got their jabs, people will have to pay for their own rapid tests from October 11th. But there are exceptions.

Here are four things to bear in mind when the new rules come into force.

1. You don’t have to pay for a test if you can’t get vaccinated

Pregnant women, children and people with compromised immune systems are generally unable to get a jab even if they want one. In order to make the system fairer for people who haven’t chosen to remain unvaccinated, these groups of people will still be eligible for free tests, the government confirmed. This will also apply to anyone under-18, since the German Vaccines Commission hasn’t yet issued a recommendation for under-18s to be vaccinated.

READ ALSO: Germany opens vaccine centres for teenagers: What you need to know

So, how do you prove you fall into one of these categories? According to DPA, a letter from your GP will suffice. Or, if you’re under 18, you can also bring along some form of ID to prove your age.

As the Berliner Morgenpost reported on Wednesday, before rapid tests became free-of-charge, the costs of getting one varied wildly across providers. With a local GP, you might be expected to pay €15-25, while pharmacies charged around €29 and dedicated test stations charged between €30 and €50 for an antigen test.

While the future cost of tests remains unclear, the government has said that it will be up to the market to decide how much they want to charge – so they could end up being pricey. At present, providers receive €11.50 per antigen test and €43 per PCR test from the government – though customers who aren’t eligible for free tests tend to pay more out of their own pocket.

READ ALSO: When (and why) Germany plans to scrap free Covid tests for all

To make life that little bit easier for families with vaccinated parents, children under 6 will be exempt for having to show a negative test – so they won’t have to be bundled off to the test centre ahead of a trip to the cinema or a stay in a hotel. School children will be able to show their pupil ID rather than a negative test, while children under 6 will be exempt from the ‘3G’ rule. Photo: picture alliance/dpa/dpa-Zentralbild | Jens Büttner

In addition, older school pupils who are regularly tested as school will be able to show their student ID as proof, rather than the test, according to Bavarian state premier Markus Söder.

When travelling into Germany from abroad, children under 12 (who are unable to get vaccinated) will be exempt from showing tests.

4. Free tests will continue in workplaces and care homes

The government has indicated that employees will still be able to receive regular workplace tests free of charge in the coming months – possibly funded by their employers.

In addition, the elderly and disabled will continue to get free tests to ensure that Covid infections remain as low as possible among this highly vulnerable.

Full details of the new regulations will be set out in an upcoming piece of government legislation on tests – so we’ll keep you informed on that in the coming days.