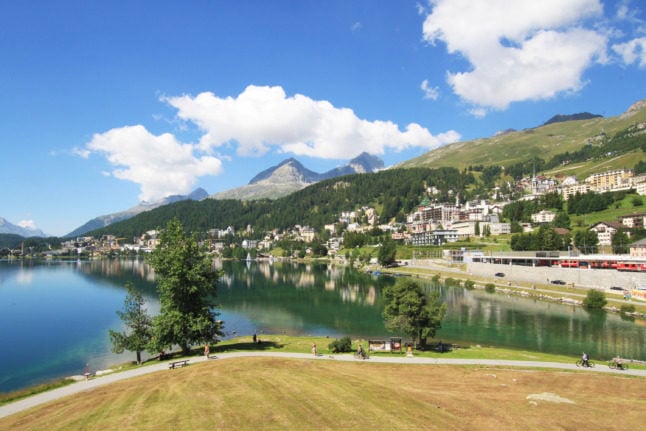 Unvaccinated travellers returning from non-risk areas like Switzerland must supply a negative test, even if they are travelling by car or train. Photo: picture alliance/dpa/dpa-tmn | Bernhard Krieger

1. Tests are required, regardless of how you get here and where you arrive from

That’s right: according to the Health Ministry, from August 1st, everyone over 12 will be required to supply a negative test or proof of vaccination or recovery when entering Germany – with no exceptions.

That means that even if you’re driving from a country like Austria that’s not on the risk list, you’ll still need to have your PCR or antigen test (or vaccine passport) at the ready, because you’ll be expected to have these if you do get checked.

The same applies to taking a ferry from Finland or a train from the Czech Republic. As the Health Ministry emphasises: “Travellers from 12 years of age must have a negative test result, proof of vaccination or proof of recovery upon entry, regardless of the type of transport and regardless of whether a previous stay in a high-risk or virus variant area has taken place.”

With the threat of a significant surge in infections like we’ve seen in Spain and the Netherlands in recent weeks, it seems German politicians are making a concerted effort to standardise their travel rules and close any loopholes. So now they’re making it simple.

Though the likelihood of getting checked when driving across the border from Luxemburg might be minimal, one thing’s clear: opting to go by car rather than plane won’t spare you the cash for a test anymore. (Though getting vaccinated will.)

READ ALSO: Why (and where) Germans are choosing to go on holiday by car this year

2. The testing and quarantine rules don’t apply to super-short trips

OK, the rules are a lot more uniform than they used to be, but it wouldn’t be Germany without some Sonderregelungen (special regulations). In this case, we’ve got one for the commuters.

According to the new regulations, if you’re only hopping across the border for less than 24 hours – for example, to commute to work or study – you only need to supply a test if the country you’re returning from is a risk area. Rather than supply tests every time they cross the border, cross-border commuters will only need to show these twice a week. You can hop across the border without a test to go to your job in Zurich – but not to purchase a kilo or two of Swiss cheese. Photo: picture alliance/dpa/KEYSTONE | Georgios Kefalas

So, to summarise, if you’re returning from your day job in Switzerland (which is not on the risk list) you shouldn’t have to show a test, but if you’re regularly in the Netherlands for university lectures (which is a high-incidence area), you may be asked to show one twice a week.

Popping across the border to buy some Swiss cheese, however, doesn’t appear to exempt you from needing a test – in general, you’ll need to have professional or educational reasons for crossing the border regularly.

It’s also worth mentioning that if you only pass through a risk area without stopping there, you’re exempt from needing to quarantine.

At present, it’s still unclear how exactly the rules on short commuter trips will be enforced, but we’ll keep you informed once we know more.

3. There are no ‘basic risk areas’ anymore

And then there were two: high-incidence areas and virus variant areas. From Sunday, the basic risk area category is being scrapped – so you can expect to see a slightly slimmer version of the Robert Koch Institute’s risk area list from August onwards.

From what The Local can gather, the current basic risk areas – which include popular holiday destinations such as France, Greece and Turkey – will mostly be removed from the list entirely, though some could be reclassed as high-incidence areas, depending on their rates or infection and other clinical factors.

However, the RKI has emphasised that the removal of countries from the risk-area list doesn’t necessary make them danger-free. Tourists visit the Blue Mosque in Istanbul. Travellers returning from Turkey may no longer have to register on the Entry Portal from Sunday. Photo: picture alliance/dpa | Lefteris Pitarakis

If you do visit one of the former basic-risk areas, however, there will no longer be a requirement to re-register upon entry, though as we’ve mentioned you will still be asked to ‘furnish proof’: meaning a negative PCR test or certificate of vaccination or recovery upon entry.

There have been reports in recent weeks of local authorities being overwhelmed with the number of registrations on the Digital Entry Portal, so this could be a means of easing the burden on civil servants.

4. You still have to register on the portal if you’re travelling from ‘risk areas’

You didn’t think you’d get rid of the Digital Entry Portal that easily, did you? Of course not. According to the most recent regulations, the Einreiseanmeldung.de will remain in action much as before, though unlike testing, you won’t need to fill it in on every occasion.

You’ll know if you do need to head there by checking to see if your holiday destination is on the Robert Koch Institute’s list of risk areas. If it is, you’re obliged to register your re-entry into Germany on the portal, and also upload either a negative test or proof of vaccination or recovery within 48 hours of arrival (or 24 if you’ve come from a virus variant area).

It’s worth noting that the deadline to upload evidence 48 hours after you arrive feels a bit misleading at this point. According to the Health Ministry, travellers could face random checks at the border itself, or, in the case of train travel, while in transit (and flyers have to submit evidence before they fly), so it’s best to have everything you need at the ready before heading back to the country.

However, if you’re unvaccinated and haven’t recovered from Covid, you’ll need to quarantine for ten days when returning from a high-incidence area, but you can cut this period of time in half to five days with a negative test.

5. Children under 12 don’t have to take a test – and only quarantine for five days

That’s created some difficulties for families with young children, since currently no Covid vaccines are approved for under-12s. So even if the parents were fully vaccinated, they’d have to purchase PCR tests abroad for their kids, and then keep them in quarantine for several days.

From Sunday, all of that changes. Children under the age of 12 will no longer need to have a negative test result with them, and will only have to quarantine for a maximum of five days when they return from a high-incidence areas.

According to the Health Ministry, the quarantine for children will end automatically after five days, with no need to take a test in order to be released.

However when it comes to virus variant areas, everyone – including children – have to quarantine for 14 days.