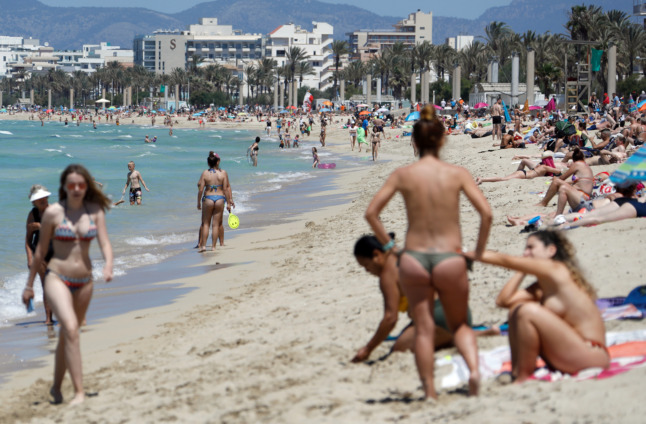 Mallorca, a popular holiday destination for Germans, is set to be classed a 'risk area' along with the rest of Spain. Photo: picture alliance/dpa | Clara Margais

Until now, popular regions of Spain such as the island of Mallorca had been held off the coronavirus risk list, making it relatively easy for German tourists to enjoy a trip there this summer.

But in light of soaring infection rates, the Robert Koch Institute (RKI) will now class the country a ‘risk area’ from Sunday, 11th July.

Although it means quarantine-free travel is still possible with proof of a negative Covid test, vaccination or recovery, travellers returning to Germany from Spain will have to register online – and the development of the situation will be watched more closely.

If it stays at these levels, there’s a chance that the country could be moved up the list once again and be reclassified ‘high incidence’ area.

This would mean anyone who isn’t vaccinated against or recovered from Covid would have to quarantine for at least five days (or a maximum of 10) after traveling to Germany.

Since April this year, the region of La Rioja has been on the Covid risk list, followed the regions of Ceuta, Catalonia (where Barcelona is) and Cantabria in June and July.

The Basque Country, Andalusia and Navarra have been classed as risk areas since last summer, though the Spanish islands have remained notably absent since they were scratched from the list in March.

Spike in infections in Mallorca

For a few weeks now, Mallorca’s status as a non-risk area has been out of step with reality.

While the island enjoyed consistently low infections between February and late June, the infection rate suddenly started to shoot up from June 26th – first over 50 (the RKI’s lower threshold for a basic risk area) and then over 100.

Meanwhile, the ‘R’ rate – meaning the number of other people infected by one person with Covid – stood at 2.1, suggesting that infections are set to continue to increase exponentially in the coming days and weeks.

Mallorca is often referred to as the 17th German state due to the overwhelming presence of German tourists there. It hit the headlines in March when tens of thousands of Germans travelled to the island over Easter at the peak of Germany’s third wave.

READ ALSO: What are the rules for travelling to some of Germany’s favourite holiday destinations?

If the 7-day incidence tops 200 in the coming weeks and Spain becomes a high-incidence area, people with no proof of vaccination or recovery will have to quarantine for 10 days on their return, with the option to end quarantine with a negative test after five days.

This could strike a major blow both to German holidaymakers and the island’s tourist economy.

Entry registration will be needed

Though everyone who travels by plane has to show a negative test or proof of vaccination or recovery before they fly, those who travel to ‘non-risk’ areas don’t have to register in Germany’s digital entry portal on their return, and there is no obligation to quarantine.

With the whole of Spain now considered a risk area, holidaymakers will be asked to register on the government’s entry portal in order to get back into Germany.

The government is also advising against unnecessary travel to the country, including tourist trips.

However, with the official travel warning to risk areas having been dropped by the government in early July, this ‘advice’ is likely to be a much softer deterrent to holidaymakers than the stronger official warning.

As well as moving the entirety of Spain onto RKI’s list of risk countries, another holiday destination beloved by German tourists is now subject to much stricter travel rules.

With Covid infections rapidly on the rise, the Mediterranean island of Cyprus has been pushed up a level from a risk area to a high-incidence area and has therefore become subject to a travel warning.

The stricter rules will come into force on Sunday, July 11th.

As of Friday 2nd of July, the 7-day incidence in Cyprus was around 213, putting it in second place in Europe, just below the United Kingdom.

As mentioned above, countries with a 7-day incidence of more than 200 are classed as ‘high-incidence’ areas by the RKI, meaning registration is mandatory, and people who aren’t fully vaccinated or recovered must quarantine for at least five days after returning to Germany.

Though Spain is (for now) only considered a ‘risk area’ rather than a high-incidence or virus variant area, one region of the country has recorded several cases of a highly infectious South American variant of Covid in recent days.

According to Spanish media sources, the Lambda variant – which was first discovered in Peru last year – has been linked to around 80 new Covid cases in the northern region of Cantabria.

With the variant also present in the United Kingdom, health experts fears that it could start to spread across Europe.

With the Delta variant now becoming the dominant strain of Covid in Germany, the downward trend in the country’s infection rates has also started to reverse in recent days.

On Tuesday, the RKI recorded a 7-day national incidence of 4.9 – a figure which had increased to 5.5 by Friday. 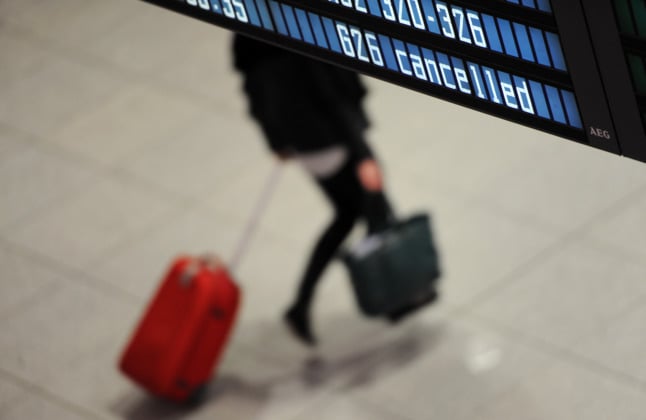 “The clear conjunction of a much quicker recovery with a very tight labour market is creating a lot of problems,” Olivier Jankovec, head of the Europe branch of the Airports Council International (ACI), told AFP.

He said there were issues from airports to airlines, ground handlers, police and border controls, but insisted: “The system still works”.

“It’s important for passengers that they communicate with the airlines in terms of when they should get to the airport, and prepare to come earlier than usual to make sure to have the time to go through, especially if they have to check luggage,” he said.

Strikes by low-cost pilots and cabin crew across Europe – including this weekend – are adding to the disruption.

Speaking at the ACI Europe annual congress in Rome, Jankovec said airports had taken measures to improve the situation, which would come into effect from mid-July.

“Additional staff will be coming in July, the reconfiguration of some of the facilities and infrastructure to facilitate the flows will also come into effect in July,” he said.

READ ALSO: Airport chaos in Europe: What are your rights if flights are delayed or cancelled?

“But I think that in the vast majority of airports, the traffic will go, people will not miss their planes, and hopefully everybody will be able to reach their destination as planned.”

He also defended increases in airport charges, after criticism from the International Air Transport Association (IATA), which represents airlines.

Airports face “the same difficulties and inflationary pressures” as airlines, which he noted were putting their fares up, he said.

“Staff and energy is 45 percent of our operating costs, and of course inflation is also driving up the cost of materials,” he said. 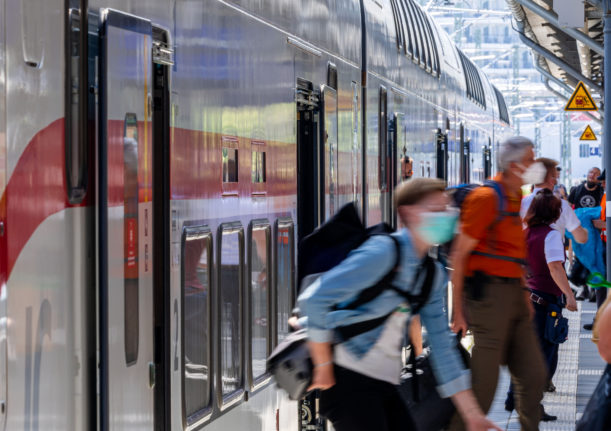