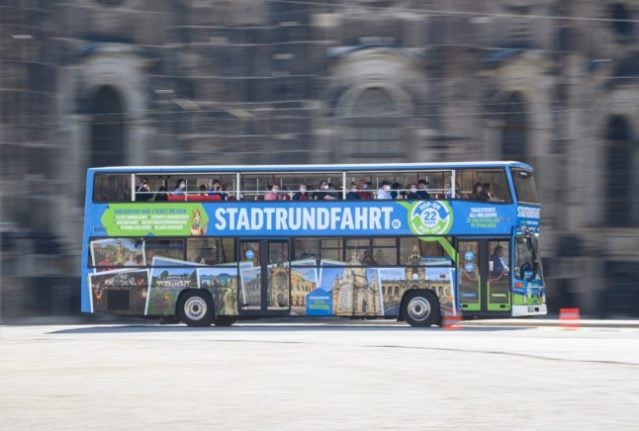 The German Government on June 20th lifted travel restrictions for people in the United States. It came following a recommendation from the EU commission to remove the entry restrictions for all arrivals from US and some other countries.

It means that travel to Germany from the US for all purposes, including tourism, is allowed again.

For more than a year, vacations to Germany were near impossible as most travel from the US – and many other countries both within and outside Europe – remained heavily restricted due to the pandemic.

The tourism industry – which has been reopening in Germany in the last weeks – is eager for their arrival: from 2018-2019, Americans comprised the third largest group of international visitors to Germany, and the largest from outside of the EU, according to Statista.

Typically around 2.2 million Americans visit the Bundesrepublik each year, making it the fourth most popular destination in Europe for them.

Brilliant. Can I just jump on a plane?

It’s not quite that simple – there are still restrictions: all air travellers aged six or older coming from the US must show either proof of vaccination, proof of recovery from Covid-19 or a negative Covid test result.

Both PCR tests and rapid antigen tests are accepted. You can find out more information on testing in our article here.

People are considered fully vaccinated on the 15th day after the last vaccine dose was administered. It must be a vaccine approved by the EMA (so that’s currently Pfzier/BioNTech, Moderna, AstraZeneca and Johnson and Johnson).

On entry to Germany travellers must have proof of vaccination in written form (for example a CDC card) or digital form. The government says that a photo taken on a phone is not sufficient.

All travellers must also not have any Covid symptoms.

People could be asked to show photo ID with the proof of vaccination (as is the case for people in Germany when showing proof of inoculation or tests).

Germany said the United States was no longer a risk area as of June 13th 2021, which means people coming from the states do not have to register digitally before arrival.

Keep in mind that the airline you’re travelling with may require certain information so check with the airline before you leave.

Starting today, all travelers from the US can fly to Germany again. Only proof of vaccination/recovery or negative test required. Hope we will find a similar solution in the spirit of reciprocity for travel from Germany and the EU to the US!

What does the US say?

This is also something that Americans really need to consider.

The Centres for Disease Control and Prevention (CDC) issues travel advisories for each country, with most countries in Europe ranked level 3, meaning travel isn’t advised, or level 4 such as Sweden, where Americans are advised not to travel at all.

Germany is ranked at level 3 for the moment so US citizens are not advised to travel here.

I’ve heard about a digital Covid pass in Europe. Can I get that?

At the moment there is no formal agreement between EU countries and the US (or any other non-EU countries) for fully jabbed people to receive a digital vaccination certificate.

The official line from the German government is: “No information is currently available about how those with a foreign vaccine card (e.g. from the US) can receive a digital Covid certificate which is recognised in Europe. Talks are currently underway regarding recognition of international vaccinations (i.e. received outside the EU).”

The government says it will give out information as soon as it becomes available.

However, anecdotally we’ve heard that some people who have been vaccinated in the US can receive a digital vaccine certificate from a pharmacy in Germany – but this is at the discretion of the pharmacist.

READ ALSO: How I got Germany’s new digital CovPass with my US vaccination certificate

But as we said above, Germany says US tourists do not need to have a digital vaccine pass for the moment.

What else should I keep in mind?

Remember that rules can change quickly so keep an eye on the Robert Koch Institute’s risk list in case the US goes back on it.

There have been concerns recently about the rise of the Delta Covid variant so Germany is watching this closely.

Entry to Germany is also not allowed if you’ve been in a ‘virus variant area of concern’ within the last 10 days. So make sure you take into account where you’ve travelled before entering Germany.

You should also check out local rules on the area you’re visiting. In Germany, restrictions remain in place such as mandatory masks on public transport and in shops.

Do I need to do anything on the way back?

Airline passengers arriving to the US in general need to provide a recent negative Covid test. There may also be other local rules so you’ll have to check them out and consider those before organising a trip.

Are flights operating from the US?

Yes, but they could be more quiet than usual so the schedule may be reduced. Flights are more likely to be cancelled if there is an entry ban in force, such as from ‘virus variant areas’ (currently the UK, India and Brazil among others).

READ ALSO: Will it be possible to travel to Germany this summer?

You can find more information on the US Embassy in Germany site.

The paper contains the responses from 21 (out of 26) member states to a questionnaire about potential impacts on passenger flows, the infrastructure put in place and the possibility of a gradual introduction of the new system over a number of months.