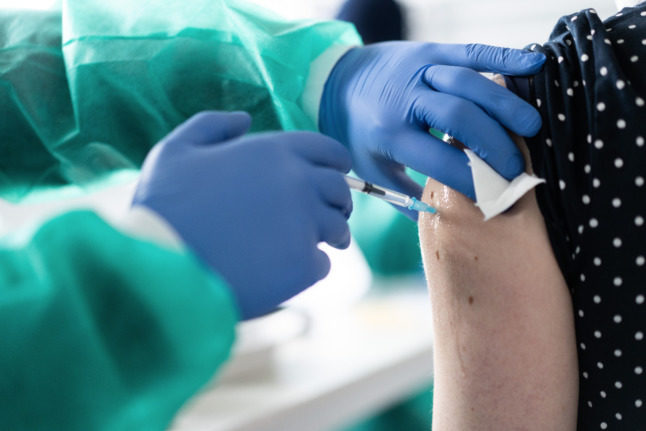 While some studies have shown that pregnant women could be at a higher risk if they were to contract coronavirus, Germany has so far held off including them in official vaccination priority groups.

Most states are currently vaccinating the third group, which includes people over 60, those with certain pre-existing medical conditions, and a list of professions which work heavily with the public. On Monday May 17th, Health Minister Jens Spahn also announced that Germany would open up vaccines to everyone over 16 starting on June 7th.

READ ALSO: EXPLAINED: When will I be in line for a Covid-19 vaccination in Germany?

What if I’m pregnant and happen to be on a priority list due to my profession or a pre-existing condition?

It’s possible that you could make an appointment at a vaccination centre for another reason, such as your line of work. However, “there’s a good chance you’d be turned away if they see you’re pregnant,” one gynecologist in Berlin, who wished to remain anonymous, told The Local.

She pointed out that most vaccination centres include a mandatory form to be filled out before the appointment, with a question asking if a woman is pregnant or breastfeeding.

As Germany still is erring on the side of caution, anyone who checks this box is unlikely to be able to receive the vaccine just yet, she said.

However, doctors and gynecologists can decide at their own discretion whether to offer pregnant or breastfeeding women the vaccine.

If they did, it would likely be with BioNTech/Pfizer or Moderna, both which use mRNA technology and have been safely observed in studies in the US (more on this below).

So what does Germany offer to protect pregnant women from the virus?

For a couple of months, pregnant women in Germany have been able to designate two close contacts – who officially belong to priority group two – to receive a coronavirus vaccination.

The pregnant women are required to provide those names to their doctors, usually their gynecologists. The women will then receive two invitation letters with a registration number that they can pass on to their contacts in order to make an appointment, either through calling their local appointment hotline or through a website like Doctolib.

Is the vaccine safe for pregnant women?

Within Germany, there are mixed messages about whether pregnant women should receive the coronavirus vaccine.

For now, Germany’s STIKO (Vaccine Commission) is holding off on making a general recommendation.

On Tuesday, May 18th, however, they recommended the vaccine for pregnant women who have an “increased risk of exposure due to their circumstances.”

Women should first receive an individual examination from their gynecologists, said Marianne Röbl-Mathieu, a STIKO representative, to the Funke Mediengruppe.

The Professional Association of Gynecologists, together with other medical organisations, including the German Society of Gynecology and Obstetrics (DGGG), has called for pregnant and breastfeeding women to be offered priority vaccination with mRNA technology (such as BioNTech/Pfizer and Moderna, both available throughout Germany).

Saxony’s Vaccine Commission also recommended shots from BioNTech/Pfizer and Moderna be used for pregnant women, particularly those in their second trimester.

The associations justified their recommendations with study results from abroad and from within Germany, pointing out that a severe course of Covid-19 increases with pregnancy.

EXPLAINED: How do I prove that I belong to one of Germany’s vaccine priority groups?

Several countries, including the UK and Austria, have recommended vaccines to pregnant women.

In its recommendation, the UK referred to initial data from the United States. There, according to the Centers for Disease Control and Prevention (CDC), more than 94,000 pregnant women have been vaccinated against Covid-19, mainly with the mRNA vaccines.

There have been no specific safety concerns, US officials report. 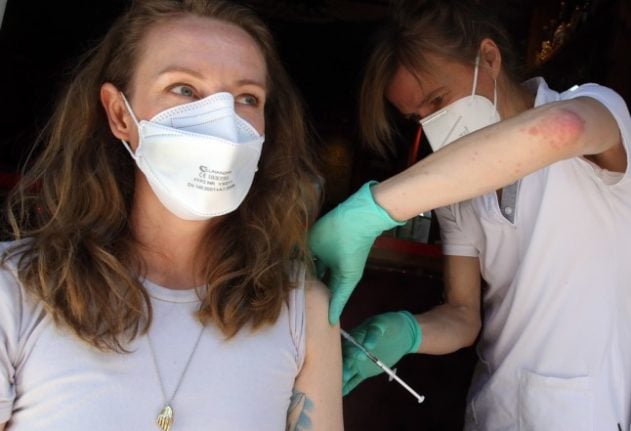