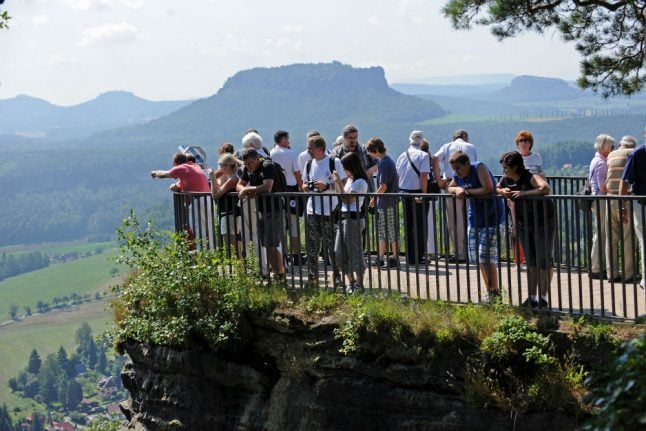 Home to Europe’s largest economy, with a population of nearly 83 million and a GDP per capita of $42,000, Deutschland doesn’t need to rely on tourism for its economic stability or growth.

Still, the momentum of recent years is continuing. Growth in German tourism is predicted to continue into its eighth consecutive year with a new record level of 459 million overnight stays by domestic and foreign guests in 2017, the Federal Statistical Office (Destatis) announced in January. This is a three percent increase on last year.

2016 moreover marked the seventh year in a row for Germany as the second most popular travel destination for Europeans. The land of bier and bratwurst lost out only to Spain and beat out countries like France, according to German National Tourism Board (GNTB) figures.

While France takes the top spot as the world’s most visited country in terms of international tourists, Germany holds strong in seventh place. It also continues to beat the European average in terms of its year on year growth in visitor numbers.

In response to these impressive statistics, head of PR at the GNTB Martina Binhack told The Local: “We have an excellent image worldwide and a rich offer on culture.”

A tourist in Munich. Photo: DPA

A tourist’s decision whether or where to travel is influenced by the perception or image of a region, according to tourism researchers Martin Lohmann and Henrike Beer.

For over a decade, Germany has placed in the top three in the NBI global image ranking; in 2017, Germany knocked the US off its throne and placed first out of 50 destinations across the world. Tourism is included as an index in the perception ranking, in addition to a country’s culture, people, exports, etc.

Not only are global perceptions of the country on point, it has “vibrant cities with a rich cultural life,” according to Binhack. Germany is the number one cultural travel destination for Europeans.

It additionally takes the lead as the top destination in Europe for international luxury travel, for young Europeans (aged 15-24), and for Europeans on city break trips, the GNTB state.

“Germany lies at the heart of Europe and can be easily reached from anywhere in the continent,” Binhack said, adding that 40 percent of incoming tourists from source markets need less than one hour to reach their German destination by plane. Overlooking the Saar-Hunsrück Nature Park in Saarland, one of the least visited federal states in terms of international tourists. Photo: DPA

With regards to where Germany's incoming tourists are coming from, the Dutch claim the top spot. Further important source markets for the country include Switzerland, the US (its biggest overseas market), Great Britain and Austria. The GNTB write that heavily populated countries in Asia and South America show potential for tourism to Germany as well.

The majority of foreign travellers in 2016 made a bee-line for Bavaria, followed by Berlin and Baden-Württemberg. The federal states of Saarland, Thuringia and Saxony-Anhalt saw the least amount of visitors from abroad.

SEE ALSO: 10 reasons why you really should visit North Rhine-Westphalia

But it’s not just international guests who enjoy travelling in Germany and are contributing to its growth; domestic tourism is developing healthily too.

“The holiday mood of the Germans is growing from year to year,” said tourism researcher Martin Lohmann while unveiling the 2018 “Urlaubsreisetrend” study in January.

The study, which analyzed tourism trends among Germans, found that 43 percent of respondents had both a desire for holidays and enough time and money to do so.

With the share of domestic holiday destinations at 30 percent among those surveyed, “Germany is the number one travel destination,” said Lohmann.

In another survey conducted in December by market research company GfK, 77 percent of Germans surveyed ranked their own country as the number one destination in which they felt safe to travel to.

“Sun, beach and sea have been replaced by security as the number one factor for travellers when it comes to picking their destination,” said Prof. Ulrich Reinhardt, who led the GfK study.

Another possible reason why good old 'Schland is the clear winner among domestic travellers is good value for money. The most popular destination within Germany for Germans is the Baltic Sea coast. Here, restaurants and hotels cost 35.5 percent less than those a hop, skip and a jump away in Denmark, according to the Urlaubsreisetrend.

According to budgetyourtrip.com, the average daily cost per traveller per day in Germany is €104. Meanwhile in neighbouring countries such as France it's €143 and in Spain it's €106.

While Destatis predicts Germany’s tourism momentum to continue into 2018, the strength of its growth is also forecast to possibly weaken. Whereas visitor numbers have showed that it grew by three percent in 2017, this year the German Hotel and Restaurant Association (DEHOGA) estimates that the number of overnight stays by visitors will increase by up to 2 percent.

Regarding concerns the GNTB might have with the country’s booming tourism, PR boss Binhack points to the fact that Germany is the “world leader” in sustainable tourism – a term which The Economist defines as the promotion and creation of a tourism industry that enhances or preserves a country’s cultural, social or environmental capital.

In The Economist Intelligence Unit’s latest Sustainable Tourism Index released at the end of December, Germany ranked in second place out of a total of ten countries.

Despite trailing behind France in the ranking, “Germany is the only country in the Index which earned a perfect score on environmental governance and ranks highly for performance in wastewater treatment and biodiversity protection,” the Intelligence Unit writes.

“One third of Germany’s land area is under special protection as a national park or nature park,” Binhack adds.

Inclusion is also an important aspect to sustainability, Binhack said. Along with more and more countries in Europe, Germany is increasingly prepared to welcome tourists in wheelchairs as a “pioneer in the development and marketing of accessible tourism.”