How the population of Bavaria is changing due to migration

Bavaria is one of Germany's largest and most populous states - and it looks set to grow even bigger in the coming years. Here's what effect migration and other demographic changes could have on the southern Free State.

The population of Bavaria is set to grow in the coming years - while also becoming more international.

That's according to official estimates from the State Office for Statistics, which revealed on Thursday January 12th that almost 14 million people could be living in the Free State by 2041.

In 20 years' time, 714,000 more people will live in Bavaria than currently do so - representing an increase of 5.4 percent. But rather than arriving through a baby boom, this growth is more likely to come through people from abroad who are moving - or have already moved - to the southern state.

Here's the low-down on what's going on.

Well, not exactly. When the State Office for Statistics talks about an extra 700,000 or so people living in Bavaria by 2041, they're using a net figure.

Alongside births and people moving into the state, people also move away and die. But with so many foreigners making the Free State their home, statisticians predict that this will balance out the death rate over the coming years.

That's exactly what happened in 2022 when thousands of Ukrainian refugees came to Bavaria: the state's population grew by 180,000 in a single year. The Statistics Office expects the war to have a significant impact on the population until at least 2026. After this, they assume that around 26,000 people per year on average will move to the state.

READ ALSO: Six reasons to move to the German state of Bavaria

How big is the foreign population in Bavaria at the moment?

Bavaria is second only to North Rhine-Westphalia in terms of the number of foreigners living in the state. According the Federal Office of Statistics, just over two million foreign nationals called Bavaria home, equating to around 14 percent of the wider population. 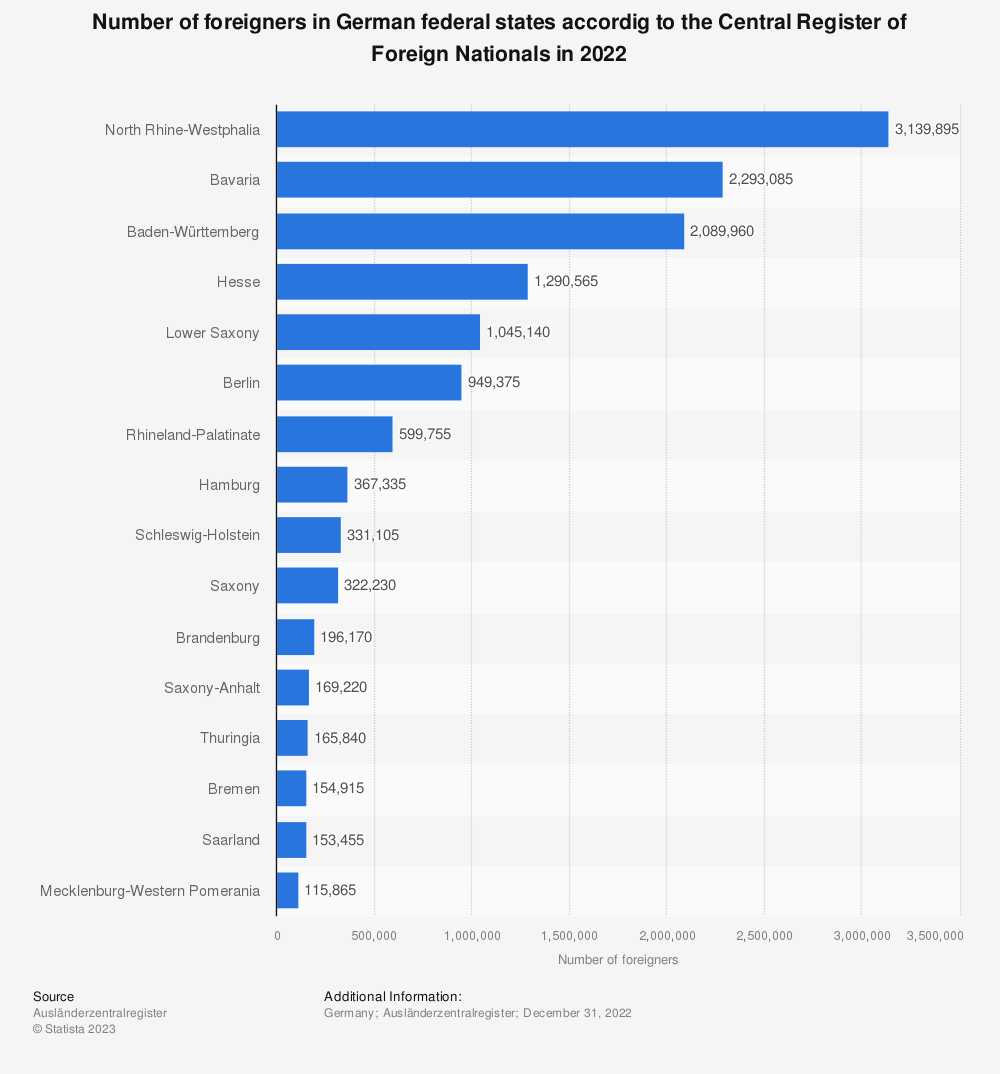 In terms of the share of the population that internationals comprise, Bavaria lands in seven place among the German states and is just slightly above average for Germany as a whole.

The three city states of Berlin, Bremen and Hamburg top this list, with North-Rhine Westphalia, Hesse, Baden-Württemberg and Bavaria all following closely behind.

The fact that Bavaria comes in lower than somewhere like Hesse or North-Rhine Westphalia is likely due to the fact that so much of Bavaria is rural. Though the Free State has a strong appeal to people from abroad - and in many ways influences how most foreigners view Germany - it has few big cities outside of Munich or Nuremberg for internationals to choose from.

READ ALSO: How German dialects are battling back against 'Hochdeutsch'

What else do we know about Bavaria's population?

The most crucial thing to know about Bavaria's population right now is that it is an ageing one. In 2020, more than a quarter - or 27.5 percent - of people living in the southern state were over the age of 60, while just over 48 percent were of working age (25-59 years old).

By 2041, the share of over-60s looks set to increase to 31.6 percent of the population, while the share of working-age adults will drop to just 44 percent. More significantly, by that time around a quarter of the population will be 65 or over and will start claiming their state pension. On the other end of the scale, the number of under-20s in Bavaria will increase slightly.

That means that, for every 100 people who are of working age, there will be 45 people of pension age and 34 children and teenagers living in the state. In 2021, there were 35 pensioners and 31 children for every 100 working-age adults.

This is in many ways a small snapshot of a problem facing Germany as a whole: as the baby boomers enter retirement, there just aren't enough younger people to finance their healthcare and pensions.

The tipping of the scales in this direction can be seen in the average age of Bavarians over the coming years. At the moment, the average age in the Free State is 44.1, but this is set to increase to 45.4 by 2041. At 42.1 years, the average age of Munich residents is the lowest, which is likely due to a pandemic baby-boom that occurred in the Bavarian capital last year.

READ ALSO: Will Germany raise the pension age to tackle its worker shortage?

Are there regional differences?

Absolutely. Though all seven districts of Bavaria are expecting net immigration, there's something of a north/south divide in the fortunes of different regions over the coming years.

The district of Kronach, for example, will fare the worst: according to the Statistics Office, nine percent fewer people will live in the northern Bavarian city by 2041 as the death rates outstrips the immigration rate. 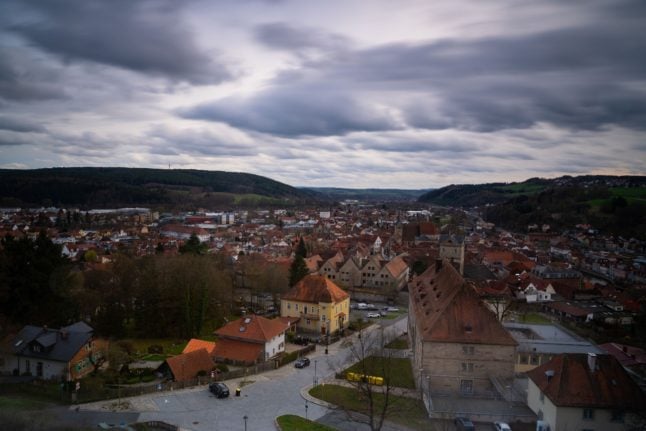 Clouds gather over Kronach, a small town near the Thuringian border. The population here is estimated to decline by nine percent by 2041. Photo: picture alliance/dpa | Nicolas Armer

Upper Franconia is the other district where the population will decline - but not as steeply as experts predicted in recent years.

The situation is similar in Lower Franconia, though here the population is expected to grow slightly. Swabia is expected to benefit most from the influx of foreigners, followed by Upper Bavaria and Lower Bavaria.

Unsurprisingly, experts predicts that people will be primarily drawn to the Munich metropolitan region and nearby districts in the coming two decades. However, the strongest population growth is expected in the Lower Bavarian district of Landshut, with an anticipated 13 percent. Meanwhile, the population of Upper Palatinate is expected to increase by 3.9 percent, and that of Central Franconia by 3.7 percent.

Why does Bavaria collect all these stats?

According to a press release from the State Office for Statistics, the regional population calculation is carried out every year as a way to both track the past and set a political course for the future.

"In this way, the Bavarian State Office for Statistics provides the active players in the municipalities and regions with an important working basis with which they can plan for their citizens," said Statistical Office president Thomas Gößl.

Similar models on a federal level are also used to map out policies, for example by highlighting the future deficit in the pension funds or the gaps in skilled workers. At present, a major push to encourage working-age people to come to Germany is underway, with a new points-based immigration system and liberalisation of the country's citizenship laws.