Germany is renowned for its social safety net and for welcoming refugees in 2015. But just how liberal or conservative are Germans about certain hot-button issues – from dual citizenship to cannabis legalisation, abortion and guns?

Germany’s current traffic light government is busy enacting all kinds of progressive-leaning legislation, whether to legalise cannabis, allow dual citizenship, or slightly liberalise abortion laws. Much like the fact that Germany only legalised equal marriage just over five years ago – the country can sometimes feel quite behind its neighbours when it comes to enacting certain reforms.

Are Germans just a conservative bunch? Or is government catching up with public opinion? We took a look at recent polls on a host of social issues and how Germans feel about them.

Germans are pretty split on the governing coalition’s plans to allow dual citizenship and shorten the time someone needs to be in Germany before they can apply for citizenship. That wait time is currently eight years and the government is looking to reduce that to five, amidst other planned reforms. 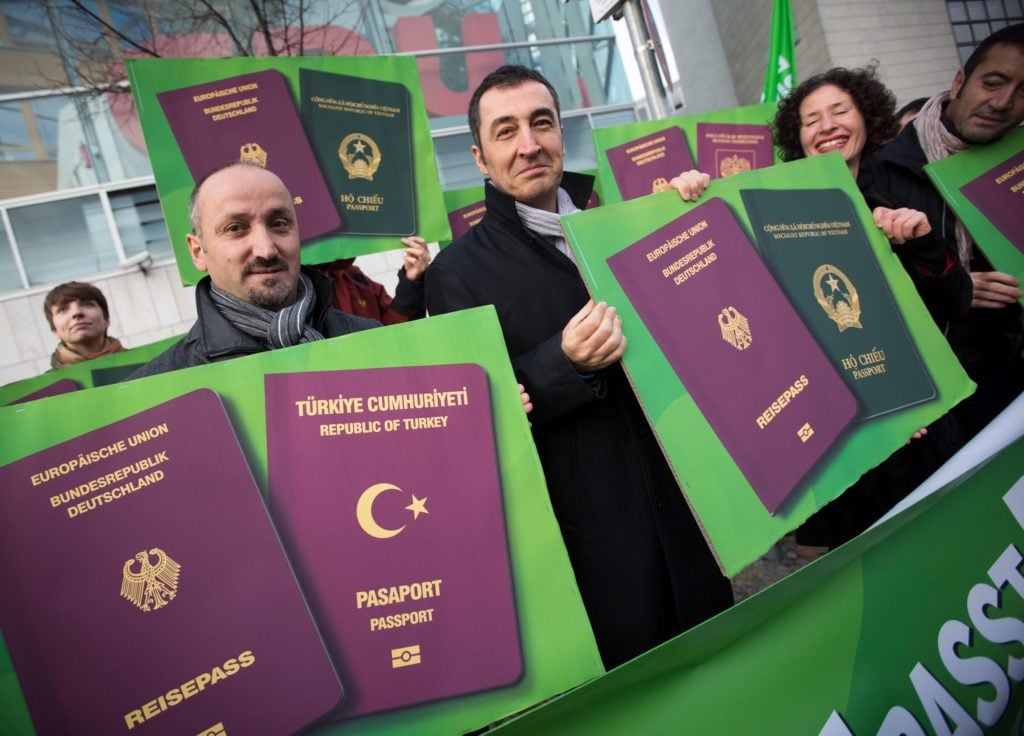 One poll by public broadcaster ARD finds a slight majority in favour though: 49 percent agree with the government’s plans to make getting German citizenship easier and allowing dual nationality, while 45 percent are opposed.

READ ALSO: What do Germans think of plans to allow dual nationality? 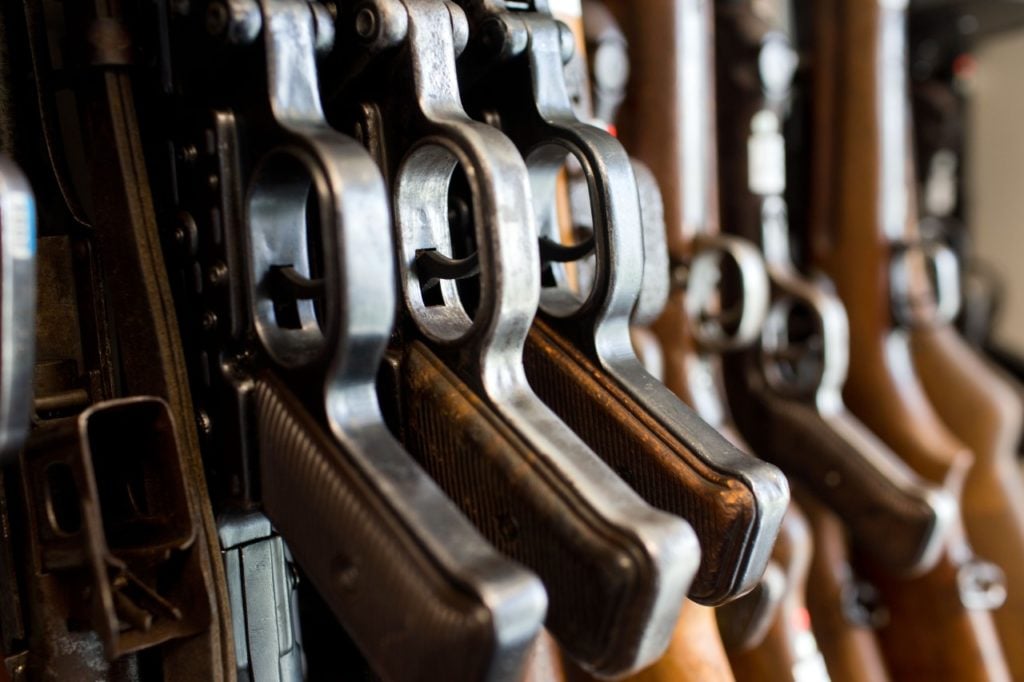 In particular, the government has the AR-15 assault rifle in its sights – a weapon that’s been at the centre of gun controversies in the United States in recent years. There’s about 225,000 of them in Germany, of which 60 percent are in private hands.

Germans, for the most part, don’t have the same strong division on guns as Americans.

A December 2022 Civey poll found around 57 percent of Germans support tightening gun laws. Nine percent are undecided and just over a third are opposed.

The cannabis legalisation debate has been one of the most fascinating discussions in German politics since the traffic light coalition took office in late 2021. A key priority of the liberal Free Democrats (FDP), party leader Christian Lindner promised Germany would pass a legalisation bill this year with sales likely to start in 2024. 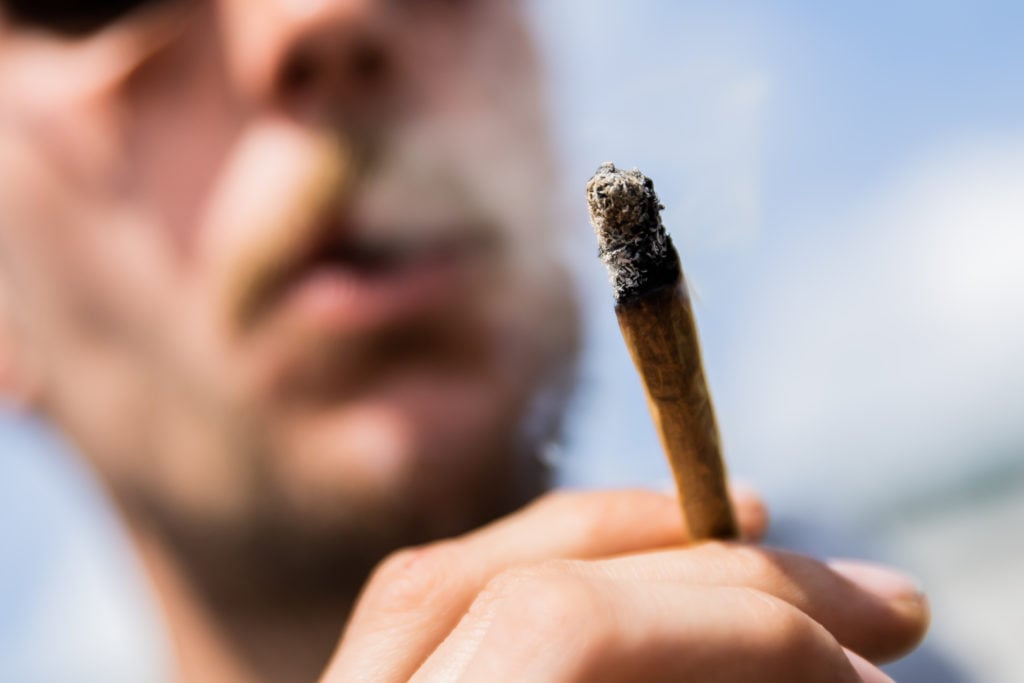 Even Health Minister Karl Lauterbach, a Social Democrat (SPD) reportedly skeptical of legalisation at first, has changed his mind on it since entering government.

But has the average German?

According to one December 2022 poll, half of Germans are in favour of legalising cannabis, with younger people much more likely to be in favour.

Around 34 percent of people in Germany are opposed and 16 percent are unsure.

Although legal abortion is available in Germany, it remains more tightly restricted than in many other European countries.

The current traffic light government only got rid of restrictions on advertising it – a law dating back to the Nazi era - last year.

This often meant that doctor’s practices that performed abortions couldn’t put information on their websites or brochures about the procedure. Someone looking to have one done would typically have to go in and ask the doctor if they did the procedure. 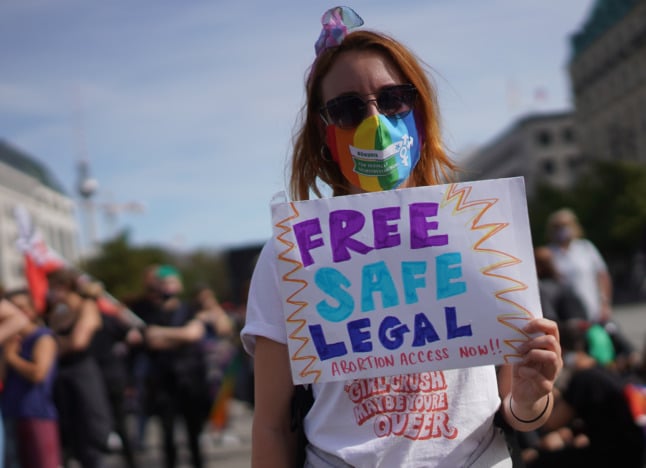 A pro-choice counter protester at the "March for Life" demo against abortion in Berlin in September 2020. Photo: picture alliance/dpa | Jörg Carstensen

Abortion remains restricted to the first 12 weeks of pregnancy and women seeking one often need to go through counselling before getting the procedure.

At around 68 percent of regular Germans polled in 2021 though, most say that abortions are acceptable. Sixteen percent say they are sometimes acceptable and sometimes not. Only around 15 percent of Germans say abortion is completely unacceptable.

In 2022, transgender rights activists celebrated after Germany passed a self-determination law, allowing for an easier process to change gender legally.

At the time it passed, Germans were still divided on the law, with slightly more in favour of it than not. Forty-six percent of Germans were in favour at the time the gender self-determination law passed in June 2022, while 41 percent were opposed. 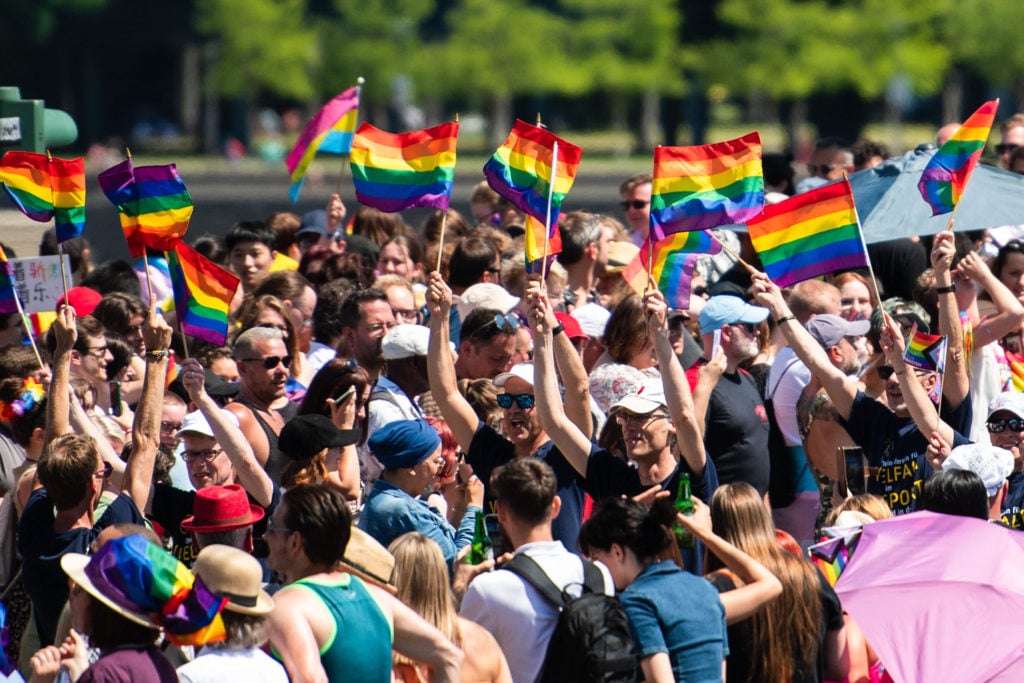 People wave flags at gay pride in Cologne on July 3rd. The Cologne CSD is one of the largest events of the LGBTQ+ community in Europe. Photo: picture alliance/dpa | Marius Becker

Germany was one of the last major western countries to legalise marriage equality.

Having only passed legislation in 2017, after Angela Merkel’s conservative Christian Democrats repeatedly blocked marriage initiatives in parliamentary committees, Germany was beaten to the punch by the US, UK, Ireland, Canada, France, New Zealand, South Africa, and Brazil – among many others – in providing full marriage equality to gays and lesbians.

Despite conservative opposition, by the time marriage equality passed, German society had already become markedly accepting of it.

Seventy-five percent of people in Germany polled in 2017 supported marriage equality, including 53 percent of church-going Christians – signalling that even this community had changed its opinion on gay marriage over time. Support among religiously unaffiliated Germans or non-practicing Christians stood at over 80 percent in 2017.

As the polls show, Germans are largely split on many of the social issues the government is currently debating, including dual citizenship. However, at the moment the more liberal governing coalition means the country is heading in a progressive direction.

The cautious debate around certain topics, such as abortion, however, shows that Germany has a strong conservative pull in its politics, which is likely linked to the country's religious roots.

On many issues though, whether on abortion or gay rights - Germans, even religious ones, are fairly liberal.