In our weekly roundup about life in Germany, we look at when foreigners can expect the dual nationality law to change, why salad metaphors are the perfect description of the UK's political chaos, and German-speaking communities in Texas.

Foreigners in Germany have been waiting patiently for news on Germany’s plans to change citizenship legislation - and this week we delivered an update. Parliamentarians in the Bundestag are set to debate a draft law that will see an overhaul of citizenship laws. Under the proposals, non-EU nationals will be able to hold more than one citizenship when they become German citizens.

There are also plans to allow people to apply for German citizenship after five years - instead of the current eight - and even after as little as three years in cases when people are deemed to have integrated well. As journalist Aaron Burnett wrote in his story, the news marks “the beginning of the end of a long wait” for many foreign residents in Germany. Lots of people have held off applying for German citizenship due to a requirement for naturalising Germans from non-EU countries to renounce their previous citizenship, unless they manage to secure a special exception.

At the moment, the general rule is that only people coming from EU countries can hold multiple nationalities when becoming German. We’ll be watching the developments closely - but it’s great to see that things are finally moving forward on this project that the coalition government pledged when they came into office last year.

The German phrase ‘jetzt haben wir den Salat’ sums up the British political mess perfectly, lettuce and all! Perhaps you’ve also seen this German broadcaster’s sweary news report, which many have identified with. 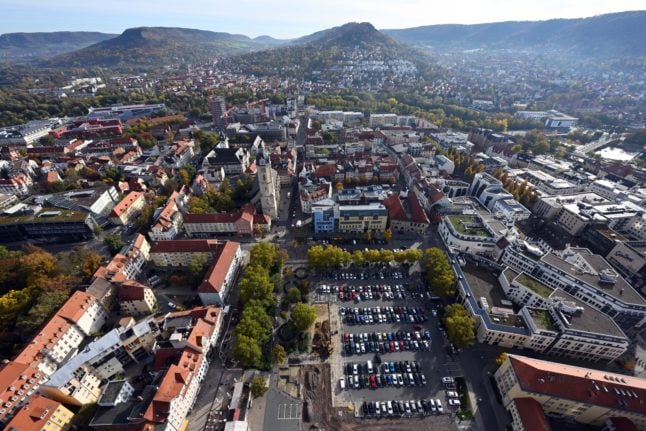 We’re showcasing the city of Jena in Thuringia, eastern Germany today, which is looking all kinds of splendid in the autumn sunshine. Jena, the second largest city in the state, lies in a hilly landscape within the wide valley of the Saale river. Head there to climb the JenTower, which has a platform offering a beautiful view over the city and its surroundings.

German is a language you’ll hear across the world, but did you know that there’s a distinct Texas German-heritage community with its very own dialects in the southern US state? Yup, if you travel to Texas you may hear a bit of Texasdeutsch being spoken. According to experts, this is a group of German dialects spoken by descendants of German immigrants who settled in the state in the mid-19th century.

German immigrants started arriving in the Republic of Texas in the 1830s, a decade before Texas was absorbed into the USA. German immigrants settled in a belt across the central-southern part of the state, founding towns like New Braunfels, Fredericksburg and Weimar.

Whereas most other immigrant languages, such as Italian, died out after the second or third generations, German in Texas is unusual as it is still being spoken - at least in some forms - amongst the fifth and sixth generations of Texan Germans. And there’s been a real push for members of this community to preserve their German heritage and languages, as we wrote about in an article for The Local in 2018.