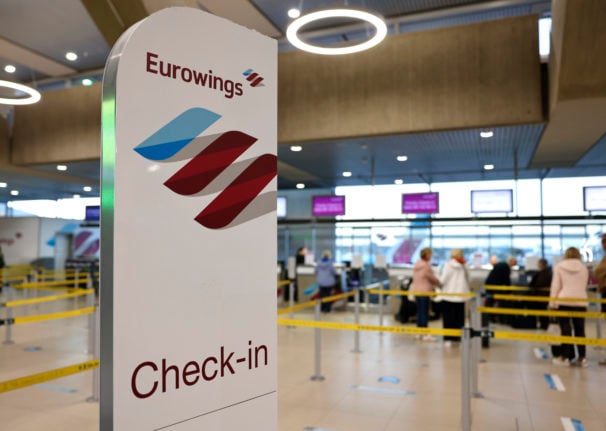 A spokesperson for the Vereinigung Cockpit (VC) union, which represents pilots, told DPA that the industrial action began as planned in the early hours of Thursday morning. VC called for a walkout at the Lufthansa subsidiary after negotiations for better working conditions and wages collapsed.

As a result of the strike, Eurowings expects about half of all its flights to be cancelled on Thursday, affecting up to 30,000 passengers.

On average, the Lufthansa subsidiary operates around 500 flights a day, carrying 50,000 to 70,000 passengers to destinations across Germany and Europe.

A spokesperson for the company told DPA on Wednesday that disruption would vary across different airports.

Airports such as Mallorca, Stockholm or Prague, which are frequently served by Eurowings Europe, are less affected by the strike.

At Cologne/Bonn airport, 61 of the planned 90 flights were cancelled. The strike action is set to last until midnight on Thursday.

Eurowings is asking customers to check the status of their flight on the Eurowings website or via the Eurowings app. Passengers whose flights are cancelled should be offered other travel options, such as travelling by train or rebooking.

VC’s central demand in the dispute is better working hours and conditions for pilots. The union has argued that current agreements on working hours and rest periods haven’t been updated since 2015, and is calling for the introduction of maximum flight duty times.

“The workload has increased significantly,” said Matthias Baier, a spokesman for VC. “The employer regularly pushes staff to the maximum permitted limit,”

Meanwhile, Eurowings has slammed the strike as disproportionate and irresponsible.

Head of personnel Kai Duve called the demands “excessive in times when millions of people are afraid of a cold winter and the next heating bill”, adding that the action could harm the future viability of the flight operations as well as endangering jobs at the airline.

Eurowings said it was expecting “largely normal flight operations” to resume on Friday.