Germany has been looking ahead to winter with concern amid fears of energy shortages and potential rationing, but according to a report in Bild newspaper, a reduction in the gas supply could have other unintended consequences.

If gas supplies become scarce, the government fears that the low pressure in the pipelines could cause millions of household heating systems to malfunction.

The concerns were raised in a confidential meeting between the head of the Federal Chancellor’s Office, Wolfgang Schmidt (SPD), and the heads of the state chancelleries on Wednesday, according to Bild.

In the event that heating systems do fail, there could also be delays in getting them up and running again.

This is because professional expertise would be required for the heating systems to be reconnected to the gas supply, which could mean households are left in the cold until they can find an engineer.

To avoid this happening, the government has demanded that utilities companies give at least 24 hours’ notice in the event of supply issues. This would prompt the Federal Network Agency to step in and take control of the gas distribution.

With Russia reducing its gas supplies into Germany in recent weeks, energy suppliers such as Uniper have been forced to make up the shortfall by purchasing gas elsewhere at short notice.

The ongoing supply issues have contributed to soaring prices on the energy market, with wholesale gas prices now five times higher than they were a year ago.

On Thursday, the cabinet voted through plans to introduce a levy on gas products that would allow struggling companies to pass their additional costs onto consumers.

However, the introduction of the levy – which could see families’ gas bills go up by around €1,000 per year – has sparked a debate about whether VAT should continued to be charged on energy products during the crisis.

Jens Spahn, the deputy leader of the CDU/CSU parliamentary group, criticised the levy for having “technical flaws” and being “unfair” on consumers.

“It is almost cynical that the state is still earning money from the special levy via VAT,” Spahn said. “Citizens are paying up to €100 more than they need to.”

With VAT calculated as a percentage of gas bills, any additional charges, such as the levy, will have the effect of raising the amount of tax households have to pay.

Critics of the plans say this goes against the principle of offering relief from high energy costs and will place an unnecessary burden on households. 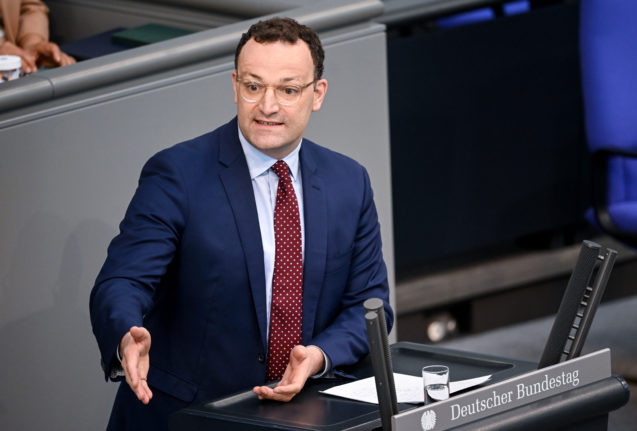 Currently, the FDP-led Finance Ministry is said to be looking at ways to ensure that the state doesn’t earn additional income through VAT on the back of the levy.

So far, the government hasn’t determined how high the gas levy will be, though Habeck has predicted that it will be somewhere between 1.5 and 5 cents per kilowatt hour of energy.

The government is hoping to set the amount in stone by August 15th with a view to introducing the levy on October 1st.

As The Local reported on Thursday, there may also be legal issues that need to be resolved before the new charge can come into force.

Current contract law stipulates that only the state, rather than private enterprises, can add a new levy to fixed-price contracts.

This could cause difficulties since the government had intended for gas suppliers to apply the levy directly in order to compensate for up to 90 percent of their additional costs.