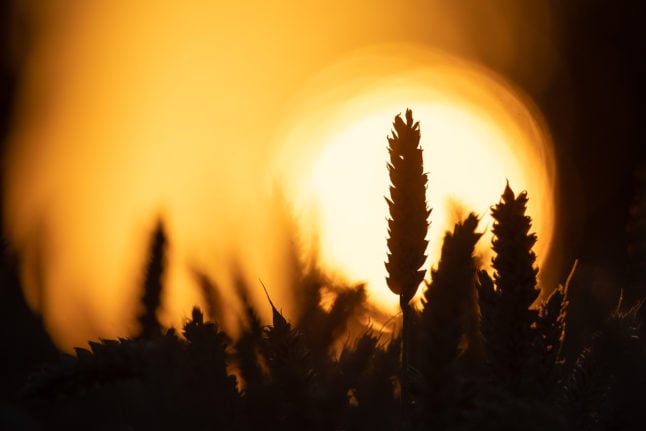 In the last few years, Germany has seen some extremely destructive weather-related incidents.

Between 2018 and 2020, almost 20,000 heat-related deaths were recorded – especially among elderly people – as the country experienced more ferocious and frequent summer heatwaves. Last July, at least 190 people died in severe floods in western Germany, with the states of Rhineland-Palatinate and North Rhine-Westphalia worst hit. Last month, two villages in Brandenburg had to be evacuated as a large forest fire raged on the border with neighbouring Saxony.

READ ALSO: One year on – How life has changed for German flood survivors

We spoke to Dr. Diane Rechid, Head of the Department of Regional and Local Climate Change at the Climate Service Center Germany and an expert on regional climate modelling, to find out if such extreme weather events are a direct result of climate change and if we can expect more of them in the future.

The Local: How has Germany’s climate changed over the last 100 years?

Does that mean it’s been getting hotter every year?

No, there are fluctuations from year to year: sometimes, for example, it’s two degrees more, sometimes two degrees less. We have to look at longer periods of time to see if there is a pattern. We look at the 30-year average, so we can see that these numbers fluctuate around higher and higher 30-year average temperatures.

What kind of impact do these high temperatures have on the environment?

As well as directly affecting people’s health, high temperatures also affect vegetation. For example, many trees and plants need the cold stimulus and in warmer winters, vegetation loses its vital rest period. Also, when the ground freezes, certain soil structures form that are then important for plant life in the summer and when this doesn’t happen because of warmer temperatures, it can affect plant development.

Are floods, like those of last year, also linked to climate change?

Yes, we can say that the probability of such events has increased due to climate change.

As well as increasing temperatures, the other thing that is happening is a change in precipitation. Global warming changes the water circulation in the atmosphere, and it changes how much water the atmosphere can absorb. 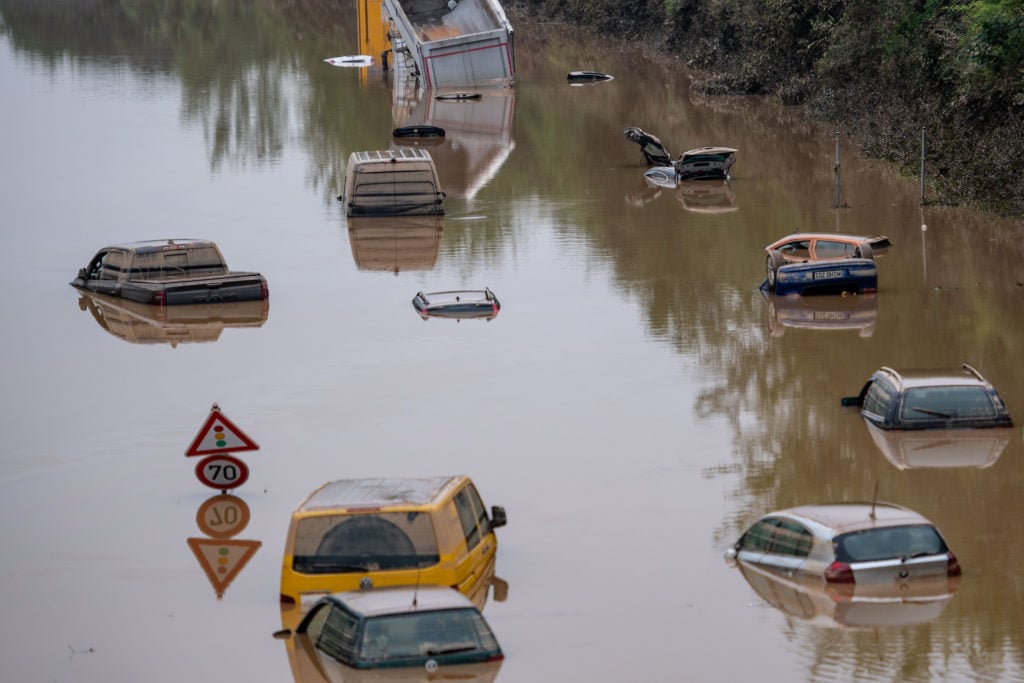 Cars stand in water on the flooded federal highway 265. The flood disaster in the Eifel and the Ahr valley in July 2021 was caused by days of heavy rainfall. Photo: picture alliance/dpa | Marius Becker

What I see changing in Germany is the distribution of rainfall over the year, so there are long periods of little rainfall and then individual events with particularly high rainfall. What happened last year was there was torrential rainfall concentrated in a couple of areas, and these areas were places where the water couldn’t be so easily distributed and recede, as it would be able to in flatter regions.

Does that mean that some regions are affected by a lack of rainfall?

Yes, as there is an imbalance in rainfall distribution, there are some regions – the east of Germany in particular – which are seeing severe droughts.

In Brandenburg, for example, there are many lakes, where the groundwater level is sinking, and some lakes are no longer there. The soil is then drier, and this leads to an increased risk of forest fires, like those we saw recently.

Do you expect more extreme weather events to continue happening?

Well, you can’t say exactly what will happen, but it is very likely that these extreme weather events will continue and, with increasing warming, become more frequent and more intense.

What we are seeing now are the effects of the greenhouse gas emissions of the last decades, because it takes a while for the Earth’s systems to react to this change. So even if we stop all emissions now, the impact would still become apparent in the next decades and beyond.

That’s why it’s so critical that we drastically reduce greenhouse gas emissions and don’t let global temperatures climb any higher, as this will have devastating consequences in the next decades and beyond.

Do you feel concerned by the extreme weather events you’re seeing in Germany at the moment?

Yes, by the heavy rainfall, heat and drought.

I think many cities in Germany are not yet sufficiently prepared for the heavy rainfall periods and I think people should be made much more aware of this and take more precautions. 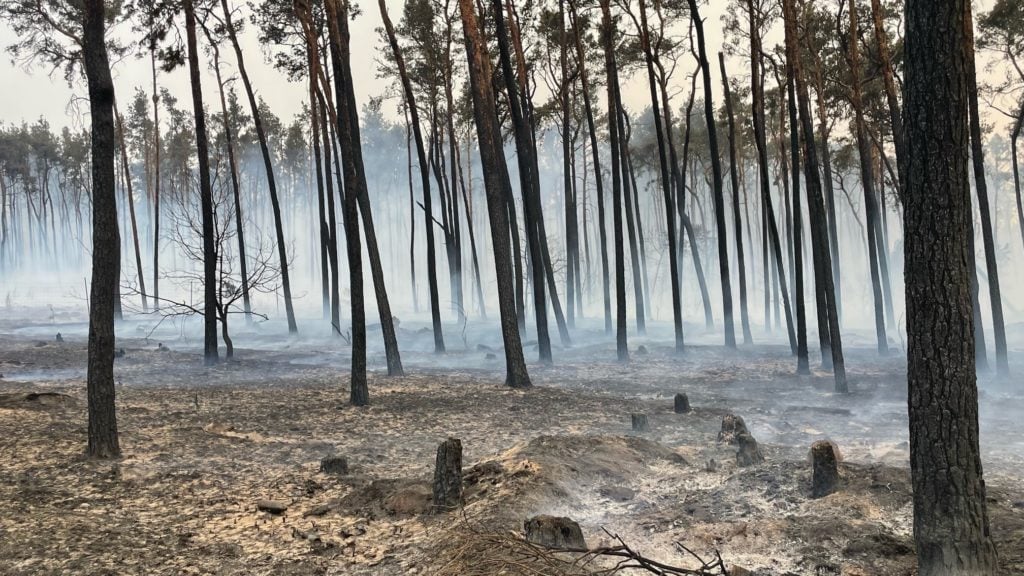 But while the flooding is well covered by the press, I also find the heat periods and droughts concerning. This is more of a slow process which is going on in the background, but with increased mortality in periods of extreme heat and increasing forest fires, these events are just as dramatic as heavy rain events and floods.

What can be done to prepare for extreme weather events?

In the case of heavy rainfall, it’s really important to take this into consideration when planning the layout of towns and cities.

Areas at risk of flooding should no longer be built on, which at the moment is still happening.  If you have a plot of land and a building or infrastructure, you need to be aware of where the water would converge in the event of a flood so you can plan how to react in an emergency.

READ ALSO: How heatwaves in Germany have led to thousands of deaths

In the case of extreme heat, it’s important for cities to provide more shade and cooler places for people. It’s also important for people to adapt their behaviour in these hot periods, by drinking more, moving less, spending time in cool places in the hottest parts of the day and not driving cars with combustion engines during hot periods.

Do you think Germany is well prepared for more extreme weather events?

Though Germany has a lot of climate protection initiatives, there is still far too little being done in the area of climate adaptation.

But, of course, developing a strategy and then implementing it takes time. I think there is still a lot of need for action, especially in smaller municipalities which have hardly any resources and also limited personnel. 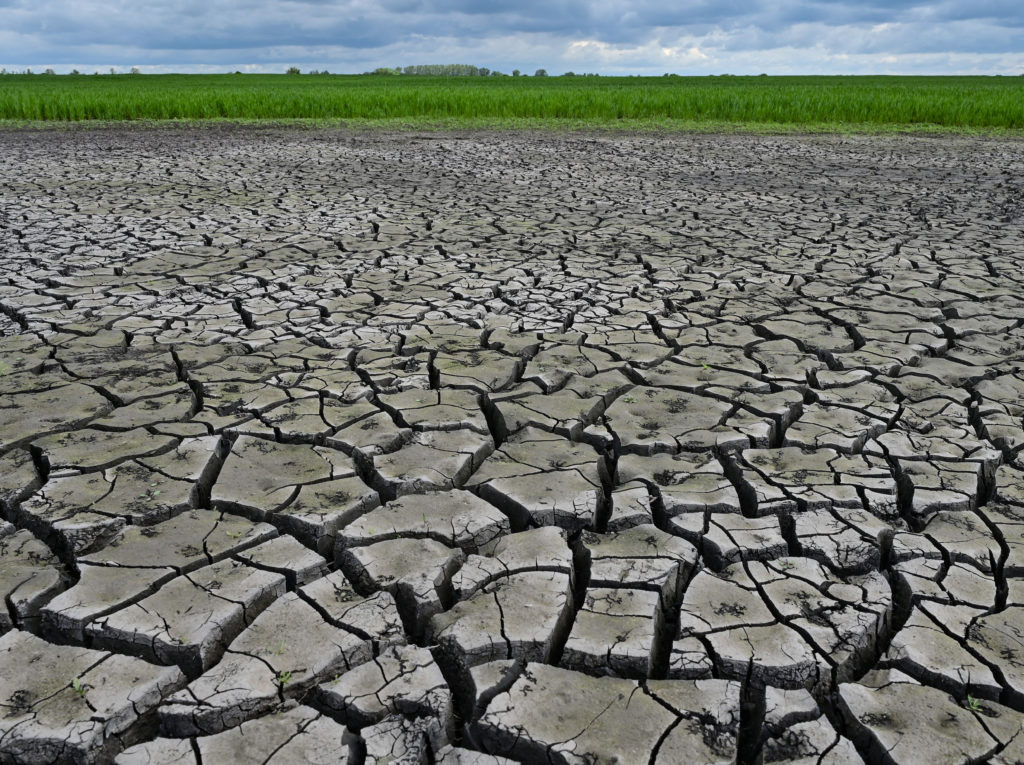 The earth in a field in the Oderbruch region is dried out and cracked open. Photo: picture alliance/dpa | Patrick Pleul

Can The Local Germany readers do anything to prevent more extreme weather events in the future?

One good thing to come out of the recent Intergovernmental Panel on Climate Change (IPCC) report, is that it made it clear that individual behaviour has an important and decisive role to play in climate protection.

Some practical things that readers can do are to save energy, switch to the use of renewable energies as much as possible, and avoid food waste, as this is a big issue in Germany. Those who own their own property can make sure it’s well insulated and switch to heating systems powered by pumps or renewable energies.

The other really important thing is, of course, to keep talking about climate change and to make sure that it stays in the foreground of the national debate, and that all our daily decisions are geared towards climate protection.

READ ALSO: Climate change – Germany says time is ‘running out’ to save planet

CLIMATE CRISIS
‘By a substantial margin’: How summer 2022 was Europe’s hottest on record

The five hottest years on record have all come since 2016 as climate change drives ever longer and stronger hot spells and drier soil conditions.

And that created tinderbox forests, increasing the risk of devastating and sometimes deadly wildfires.

The Copernicus Climate Change Service (C3S) said temperatures in Europe had been the “highest on record for both the month of August and the summer (June-August) as a whole”.

Data showed August was the hottest on the continent since records began in 1979 by a “substantial margin”, beating the previous record set in August 2021 by 0.4 degrees Celsius (0.72 Fahrenheit). Temperatures from June through to August 2022 were 1.34C hotter than the historical 1991-2020 average, while August itself was 1.72C higher than average. 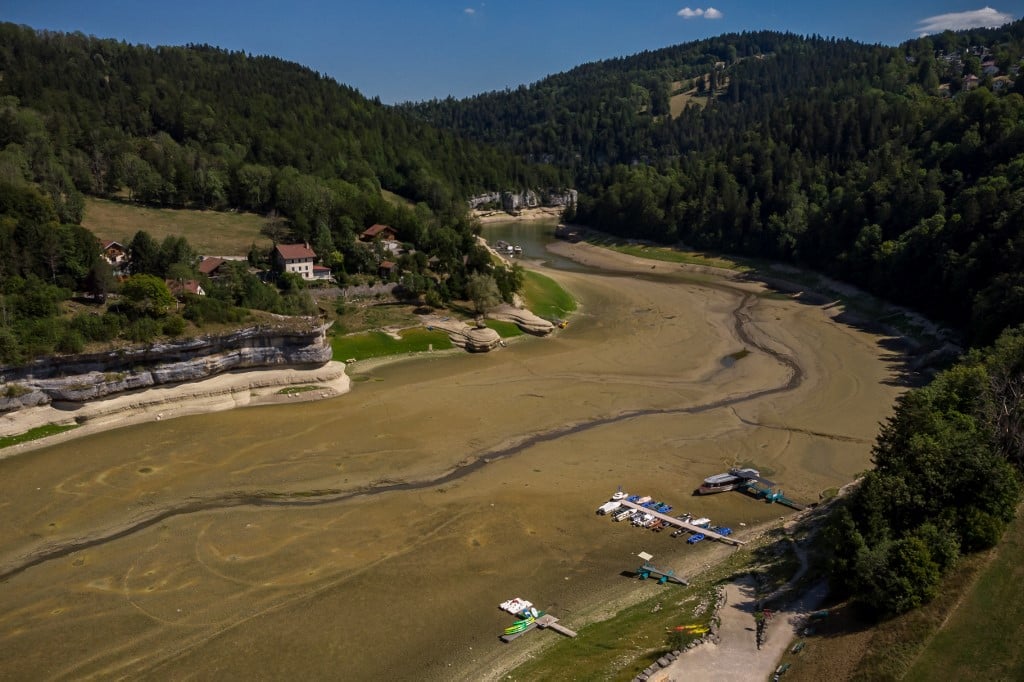 An aerial view taken on August 4, 2022 in Les Brenets shows the dry bed of Brenets Lake (Lac des Brenets), part of the Doubs River, a natural border between eastern France and western Switzerland, as much of Europe bakes in a third heatwave since June. – The river has dried up due to a combination of factors, including geological faults that drain the river, decreased rainfall and heatwaves. (Photo by Fabrice COFFRINI / AFP)

That puts summer in Europe well within the temperature range at which the Paris Agreement on climate change seeks to limit global heating.

The 2015 accord commits nations to cap average global temperatures at “well below” 2C above pre-industrial levels and to strive for a safer guardrail of 1.5C.

Although satellite data only stretches back a few decades, a Copernicus spokeswoman told AFP the service was confident that 2022 was the hottest summer in Europe going as far back as 1880 — at the early stage of the industrial age.

Europe has been battered by a string of heatwaves this year, with temperature records tumbling in many countries and the mercury topping 40C for the first time in Britain.

The Copernicus Atmosphere Monitoring Service (CAMS) said last month that 2022 was already a record year for wildfires, with nearly 660,000 hectares torched in Europe since January.

CAMS said fires in France had seen the highest levels of carbon pollution from wildfires since records began in 2003.

The EU said last month that the current drought parching the continent was the worst in at least 500 years.

The European Commission’s Global Drought Observatory latest bulletin said 47 percent of the continent is currently covered by drought warnings — meaning the soil is drying out.

An additional 17 percent is under drought alert, meaning that vegetation is showing signs of stress, fuelling concerns about the continent’s autumn harvest.

“An intense series of heatwaves across Europe, paired with unusually dry conditions, have led to a summer of extremes with records in terms of temperature, drought and fire activity in many parts of Europe, affecting society and nature in various ways,” said senior C3S scientist Freja Vamborg.

“Data shows that we’ve not only had record August temperatures for Europe but also for summer, with the previous summer record only being one year old.”

On a global level, August 2022 was the joint warmest August on record. The average temperature was 0.3C higher than the 1991-2020 average for the month, the monitor said. 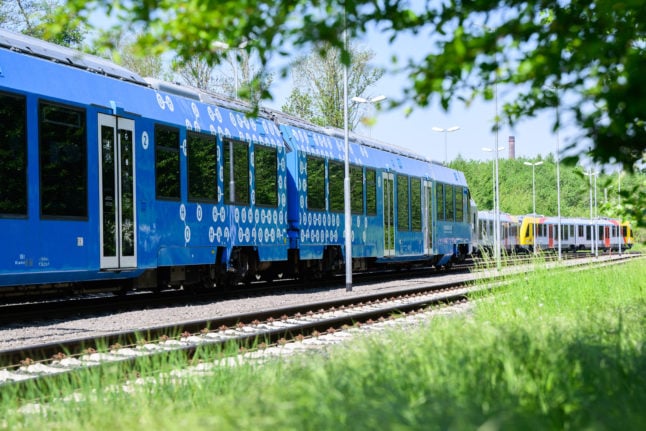