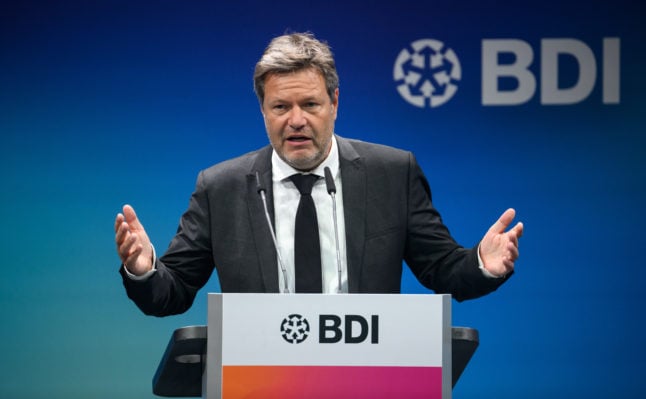 “The reduction of gas deliveries via the Nord Stream 1 pipeline is an attack on us, an economic attack on us,” Economy Minister Robert Habeck said in a speech.

Gazprom said last week it would reduce supplies of the fuel to Germany via the pipeline due to delayed repairs, while the German government has called the decision “political”.

As a result of the cut, Germany, Austria and the Netherlands, decided to reactivate mothballed coal power plants to reduce their gas consumption.

Germany has also mandated the filling of gas reserves to 90 percent ahead of the European winter, to hedge against a further reduction in supply.

“When we go into the winter with half full gas stores and the taps are turned off then we are talking about a difficult economic crisis in Germany,” Habeck said.

“We have seen this pattern multiple times now,” Habeck said at the conference.

Russian President Vladimir Putin has sought to “create chaos” in European gas markets by cutting off supply to Poland and Bulgaria among other European countries, the minister said.

Habeck called for the “diversification” of suppliers of raw materials and energy to achieve “a bit of independence from the malign intentions of the world’s dictators”.

Germany had a “system rivalry” with Russia and China, the minister said.

China was a “big market”, Habeck said, but urged industry to use trade to promote “our values”.

It came as Ukraine said Tuesday it had “finally” deployed advanced German artillery system, in the latest delivery of the long-range, precision weapons that it has been calling for.

The United States, France and other Ukraine allies have vowed further supplies of heavy weapons for Kyiv, and deliveries from Washington are due in Ukraine this month.

The West has sent weapons into Ukraine to help it fight the Kremlin forces, but Kyiv complains it has only received a fraction of what it needs and is clamouring for heavier weaponry.