Former German Chancellor Angela Merkel (CDU) speaks at the Berliner Ensemble during her interview called: 'So what is my country?' Photo: picture alliance/dpa | Fabian Sommer

In her first major interview since stepping down six months ago, Merkel insisted she had not been naive in her dealings with Russian President Vladimir Putin.

“Diplomacy isn’t wrong just because it hasn’t worked,” the 67-year-old said on stage in a Berlin theatre, in an interview broadcast on the Phoenix news channel on Tuesday.

She recalled her support for economic sanctions against Russia over its 2014 annexation of Crimea, and the German-French efforts to keep the Minsk peace process for Ukraine alive.

“I don’t have to blame myself for not trying hard enough,” the conservative ex-chancellor said.

“I don’t see that I have to say ‘that was wrong’ and that’s why I have nothing to apologise for.”

The veteran leader, who frequently met with Putin during her 16 years in power and championed a commerce-driven, pragmatic approach towards Moscow, said the February 24th invasion of Ukraine had marked a “turning point”.

There was “no justification whatsoever” for the “brutal” and illegal war of aggression, she said, adding that Putin had made “a big mistake”.

“He wants to destroy Europe,” she warned. “It’s very important for the European Union to stick together now.”

But she batted away criticism that she had been wrong to block Ukraine from joining NATO in 2008, saying it was not ready then and she wanted to avoid “further escalation” with Putin, who was already seething about the military alliance’s perceived eastward expansion.

She also insisted that the 2014-2015 Minsk peace pacts, which now lie in tatters, were at the time seen as the best bet to end the fighting in eastern Ukraine between pro-Russian separatists and Ukrainian soldiers.

The peace process “brought some calm” that gave Ukraine an extra seven years to develop as a democracy and strengthen its military, she said, in a nod to Kyiv’s much praised resistance against the invading Russian troops.

“The courage and passion with which they are fighting for their country is very impressive,” Merkel said, adding she had “the highest respect” for Ukrainian President Volodymyr Zelensky.

But Merkel insisted there was no way to avoid dealing with Putin because Russia, like China, was too big to ignore.

“We have to find a way to co-exist despite all our differences,” she said.

During the interview, Merkel – who remains hugely popular in Germany – also offered a glimpse into her private life since retiring, spending time on her own on the Baltic Sea coast, taking walks and catching up on her reading.

After 30 years in politics, Merkel said she was enjoying not having to rush from appointment to appointment.

“Personally, I’m doing well,” she told the audience, even if she felt sombre about the war in Ukraine, “like so many people”.

“I had imagined my time after leaving office a bit differently,” Merkel said.

The joint resolution by deputies from Germany’s centre-left-led coalition and the opposition conservatives is also intended as a “warning” to Russia as Ukraine faces a potential hunger crisis this winter due to Moscow’s invasion.

Lawmakers plan to vote on the resolution next Wednesday following Ukraine’s memorial day for the Holodomor, as the famine is known, which falls on the last Saturday in November each year.

The Holodomor belongs on “the list of inhuman crimes by totalitarian systems in which millions of human lives were wiped out” in the first half of the 20th century, the draft text reads, including those committed by Nazi Germany.

“People across Ukraine, not just in grain-producing regions, were impacted by hunger and repression,” an orchestrated policy that “meets the historical-political definition from today’s perspective for genocide”.

German Chancellor Olaf Scholz and Foreign Minister Annalena Baerbock lent their backing to the parliamentary declaration on Friday via their spokespeople.

READ ALSO: ‘We just didn’t realise’: What it was like growing up in post-Nazi Dachau

The 1932-33 Holodomor — Ukrainian for “death by starvation” — is regarded by Kyiv as a deliberate act of genocide by Stalin’s regime with the intention of wiping out the peasantry.

The German resolution says that up to 3.5 million people are believed to have died that winter alone but historians put the total death toll as high as 10 million.

The Holodomor has long been a source of hostility between Russia and Ukraine.

However Pope Francis this week also condemned the historical famine as a “genocide” as he expressed sympathy for the “suffering of the dear Ukrainian people” in the face of the current war.

“We pray for the victims of this genocide (in the 1930s) and for so many Ukrainians — children, women and the elderly, babies — who today suffer the martyrdom of aggression,” he said on Wednesday.

Meanwhile Romanian MPs approved a resolution the same day recognising “the Holodomor as a crime against the Ukrainian people and humanity”.

And the Irish senate on Thursday carried a motion to recognise the Holodomor “as a genocide on the Ukrainian people”.

The German text noted that Soviet representatives had disputed the Holodomor before the United Nations General Assembly as late as the early 1980s.

“It would take decades before the Soviet leadership under party leader Mikhail Gorbachev as part of the glasnost policy would admit there had been a ‘famine’ in Ukraine,” it said.

“Archives were opened and reports were published.”

The current conflict has fuelled fears that history may repeat itself.

Russia’s targeting of grain storage facilities and its blockade of Ukraine’s Black Sea exports have sparked accusations that Moscow is again using food as a weapon of war. 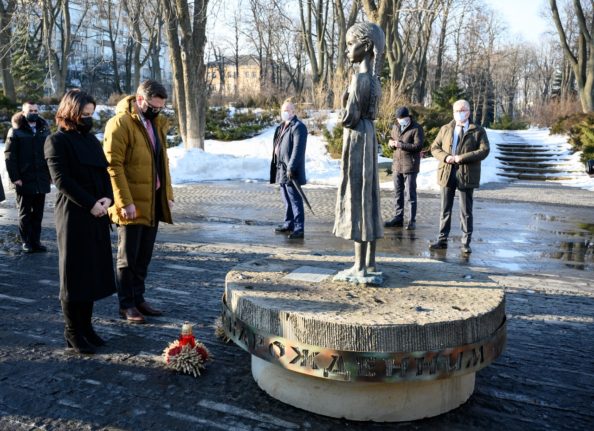 Foreign Minister Annalena Bearbock visits a memorial of the Holodomor in Kyiv on February 7th – just days before the outbreak of war in Ukraine. Photo: picture alliance/dpa | Bernd von Jutrczenka

Wagener said calling the Holodomor a genocide was intended as a “message of warning” to Moscow.

The resolution declares that “few people in Germany and the European Union” are familiar with the facts of the Holodomor and its consequences.

It said that Germany had a “particular responsibility” given its wartime guilt to speak out about the “genocide”, a term that was only recognised in international law after World War II. 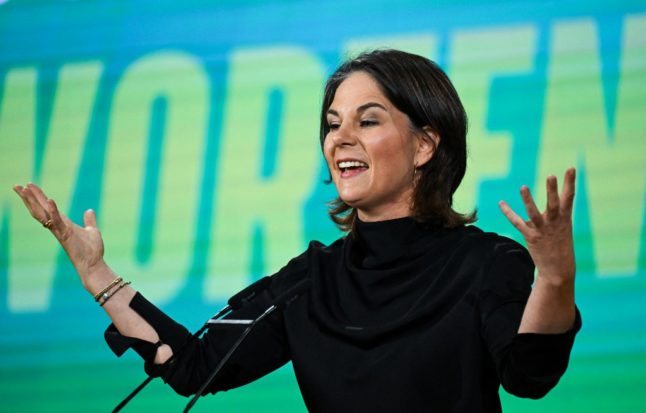 POLITICS
German minister warns Russia could use ‘people as weapons’ 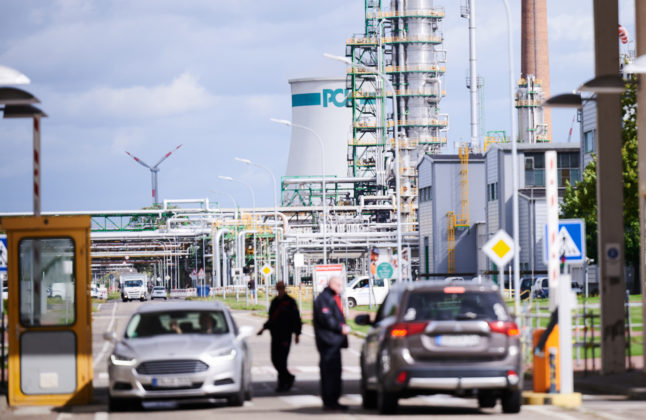