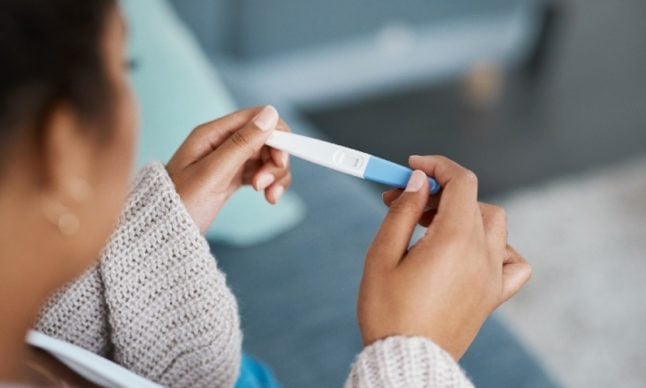 Berlin resident and freelance writer Laura Rosell is currently 37, and “always wanted kids,” but isn’t ready to have them yet.

As a compromise, this spring she bit the bullet and underwent egg extraction for the purpose of freezing eggs for the future. It wasn’t her first choice.

“I never thought I’d be pushing 40 while having to inject myself with a pricey cocktail of hormones to preserve any sliver of a chance of maybe being able to make babies one day with the love of my life,” she wrote in an essay on Medium.

And she struggled with the decision: in a much-discussed post in International Women In Berlin, Rosell spoke frankly about her worries regarding the costs of the procedure, which isn’t covered by German health insurance.

“Financial struggle has been my entire adult life,” she said candidly. Freezing eggs meant losing what little financial cushion she had.

“I go back to being broke: unable to travel, unable to take time out to write my book, unable to socialise much (and meet men) — basically all the things I want to do before I’d feel ready to have kids in the first place,” she explained.

But other avenues to motherhood are difficult in Germany as well—with Rosell’s age, she foresaw potentially impassable obstacles to any attempt to adopt. Meanwhile egg donation remains illegal in Germany, both with regards to availing oneself of donor eggs, and to altruistically donating extra eggs from an expensive extraction-and-freezing procedure to other women.

“I asked about donating my eggs to someone else if I don’t use them, and the doctor told me this is one of the countries that prohibits donating eggs,” she recounted.

In the end, to preserve her chance of having children further down the road, Rosell accepted the costs. “Two weeks of prep, thousands of dollars… and I got just three eggs,” she wrote.

The dilemma that Rosell was faced with is a familiar one for women in a country in which reproductive issues are tangled up in a labyrinth of laws and high costs.

In-vitro fertilisation (IVF), while legal, is comparatively expensive in Germany, a fact that drives many women to seek care elsewhere.

While IVF and egg freezing were often cheaper in countries like Poland, Bosnia and the Czech Republic, it isn’t merely a question of cost—the freedom to avail oneself of donor eggs, or in turn to donate away excess eggs from an extraction procedure for personal freezing, remains out of reach in Germany.

Expat women who responded to Rosell’s post on Facebook spoke of traveling to Denmark, for instance, to be able to have egg donation as an option. 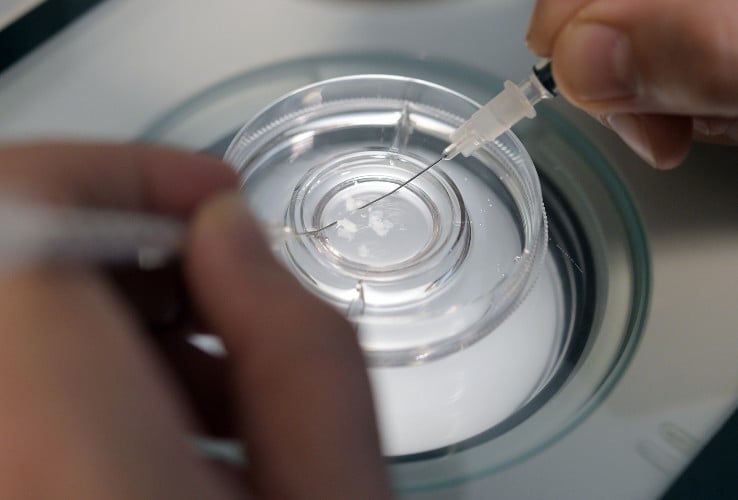 Eggs are prepared at a fertility clinic in Berlin. Photo: dpa | Rainer Jensen

But Germany’s new centrist coalition plans to bring about changes. At least regarding the cost of basic IVF and which constellations of parental units are able to benefit, hope is on the horizon.

The coalition agreement promises improved financial support for IVF, with full coverage of the costs, independent of familial status and sexual orientation. Restrictions on age will also be up for critical review.

Yet the question of enabling egg donation remains a matter for a new special commission to explore, along with strictly altruistic surrogacy.

The Free Democrats (FDP) have introduced drafts of legislation in the past in support of legalising egg donation, but these failed to make it past the previous coalition of Union and SPD.

In public debates surrounding the issue, the German Medical Association (Bundesärztekammer) came down in favour of regulated legalisation, while assorted lobbying groups, including organisations with theological ties, argued against it.

“Other parties are still going through the process of consolidating their opinions on these topics,” Katrin Helling-Plahr, legal spokeswoman for the FDP told The Local.

She expressed confidence that the traffic-light coalition’s plan to appoint a commission on reproductive self-determination would “contribute to an open and broad debate” around the opportunities offered by reproductive medicine.

“Then we could also see further possibilities for reforms towards a modern law—with elements like the legalisation of egg donation or surrogacy for purely altruistic reasons,” she said.

“With the coalition contract, we have succeeded in reaching a new beginning in the legal framework for reproductive medicine,” said Helling-Plahr. She promised that her party would work for a “swift implementation” of these goals in the area of reproductive medicine, and would “continue to advocate for the legalisation of altruistic surrogacy and egg donation.”

The timeline for all these intended and potential changes, however, remains up in the air.

“The aforementioned goals are under the aegis of the Federal Ministry of Health,” explained Helling-Plahr. “They are currently working to a timetable that at this point in time I haven’t seen.”