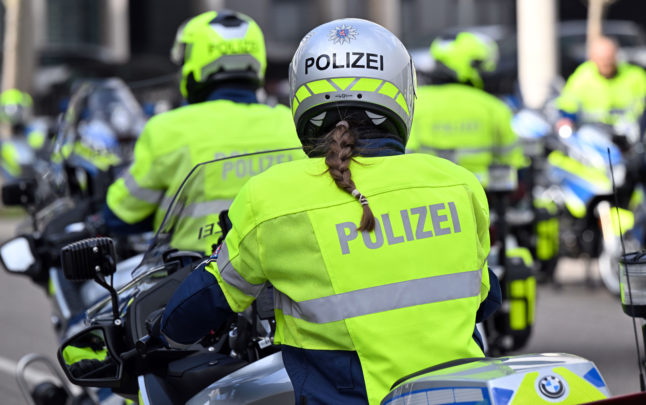 According to the Federal Criminal Police Office (BKA), around 5.05 million criminal offences were reported to the authorities last year, representing the lowest number since 1992.

From 1993 to 2009 and from 2014 to 2016, more than six million crimes were reported in Germany on an annual basis. Crime levels fell by around five percent between 2020 and 2021, while the number of crimes solved by the police increased to around 58 percent of cases.

According to the BKA, the lower crime rates are a knock-on effect of the Covid pandemic and its ensuing restrictions on public life.

Due to measures such as lockdowns, curfews and closures of public venues, would-be criminals had much less opportunity to commit crime in 2021.

The number of registered thefts fell by about 11.8 percent compared to the previous year, and assaults also decreased by about ten percent.

On the other hand, the Covid restrictions led to a shift of offences to the internet or the home.

“The crime statistics show a positive development in most areas,” said Interior Minister Nancy Faeser. “The consistent increase in the rate of crimes solved shows that the strengthening of the police is paying off.

“However, the appalling extent of sexualised violence against children is for me a clear mandate to act with all consistency. For me, combating the sexual abuse of children and the dissemination of heinous abuse photos and videos via the internet is a top priority.”

To tackle this growing issue, Faeser said the Interior Ministry would strengthen the role of the Federal Criminal Police Office and improve data analysis and AI capabilities for investigating crimes against children.

“My goal is clear: no perpetrator should feel safe,” she said.