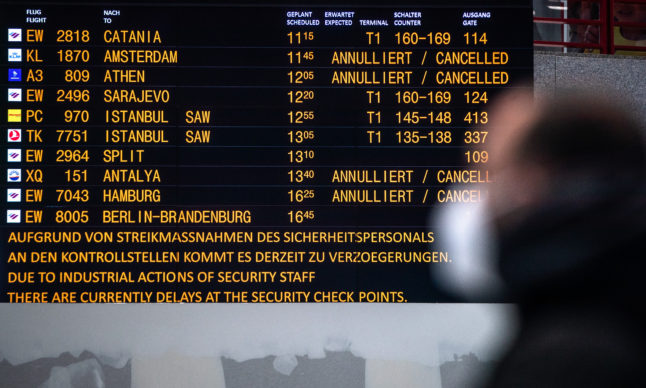 Air travellers were warned to expect delays and cancellations after trade union Verdi called on its security staff members to take part in a day of strike action in five airports in a dispute over pay and conditions.

The two largest German airports – Frankfurt and Munich – are affected – as well as Hamburg, Stuttgart and Karlsruhe-Baden-Baden.

A statement on Munich airport’s website said: “Munich Airport is affected by a strike by security staff on March 15th until midnight. This may have an impact on flight operations. Passengers are asked to check the status of their flights and contact their airline if necessary.” 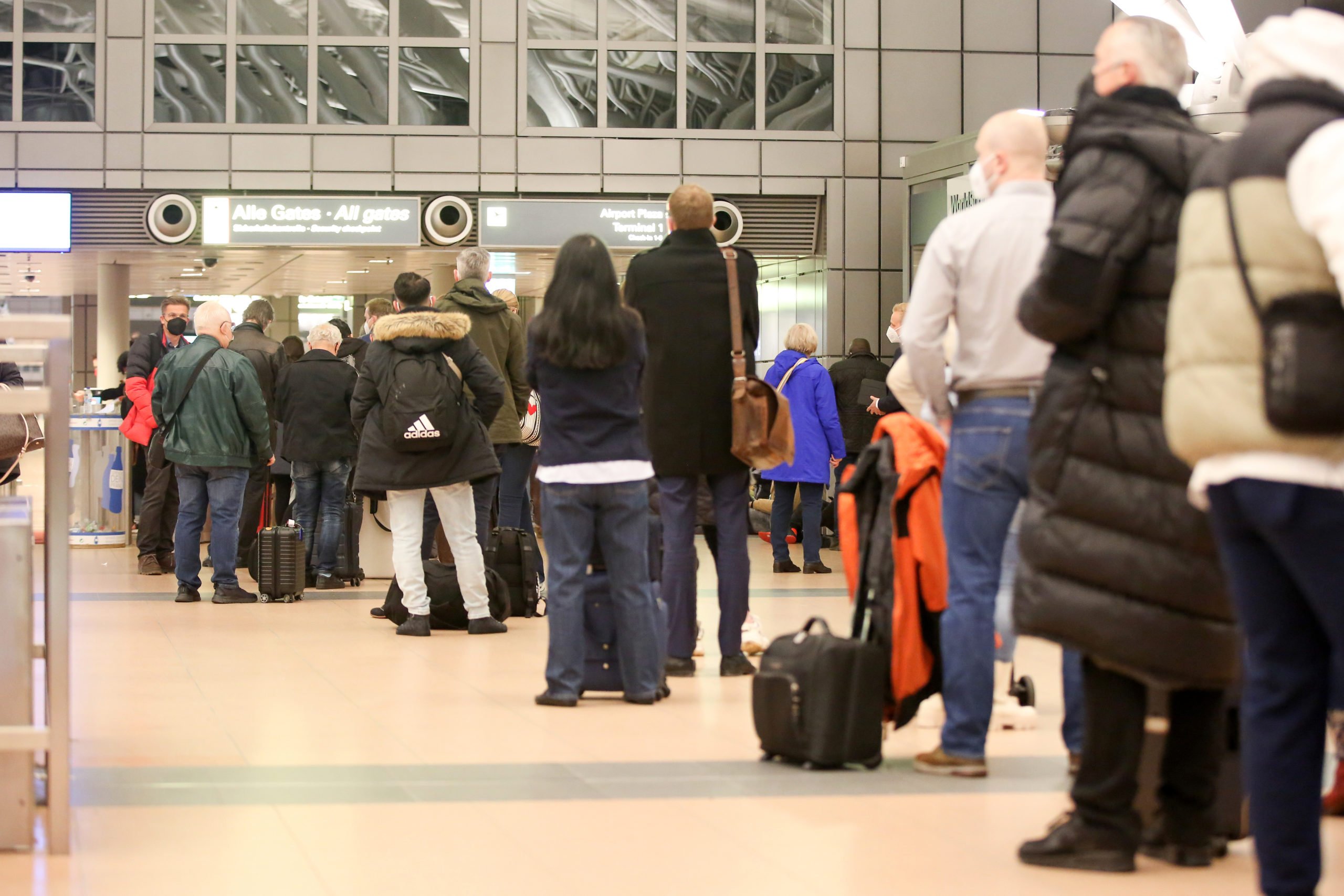 Meanwhile, Frankfurt airport said it strongly advised all passengers “to avoid coming to the airport”.

Management said that transfer passengers for connecting flights “will still largely be possible” but said they should expect delays too.

It comes after strikes hit six German airports on Monday.

According to industry sources, tens of thousands of travellers were unable to fly due to the action affecting passenger, staff and cargo controls. Berlin, Düsseldorf, Cologne-Bonn, Hanover, Hamburg, Leipzig/Halle and Bremen were affected. As a result, there were also cancellations at other airports.

The so-called ‘warning strikes’ are part of a collective bargaining dispute between Verdi and the Federal Association of Aviation Security Companies (BDLS). The union is negotiating with the employers’ association on wage increases for 25,000 security staff nationwide, among other issues.

But three rounds of negotiations have so far failed. Both sides plan to meet again on March 16th and 17th in Berlin.

In Hamburg on Tuesday the strikes fall in the middle of the spring holidays. The airport company, like other operators, recommended travellers check the status of their flight before trying to fly.

According to a spokeswoman, Stuttgart airport was also preparing for significant disruptions.

Meanwhile, Karlsruhe-Baden-Baden airport is trying to at least maintain emergency operations, a spokesperson said. However, delays are to be expected.