How Germany is making it easier for consumers to cancel contracts

On March 1st, Germany blew the cobwebs off its outdated contract law to give consumers a whole host of new rights. Here's what you need to know about the latest changes.

Starting this March, an overhaul of consumer rights laws means that people in Germany will no longer be locked in for the long-haul if a contract automatically renews.

Instead, once a contract is up, companies will have to move people onto a flexible rolling contract that can be cancelled with just a month's notice.

So, if you're the sort of person who signs up to a gym in a haze of 'new year, new me' optimism and then forgets about it entirely until you catch sight of your motheaten running shoes at the back of the wardrobe, never fear.

While you will have to keep the contract until the initial expiry date (say, at the end of a year), you won't get signed up for yet another year if you forget to cancel in time.

The changes will also make it easier for people to take advantage of special offers for new customers without worrying about being locked in to a higher tariff once the offer expires.

For example, if your energy company gives you a special discount on a yearly contract as a sign-up bonus, you can cancel it anytime after that year is up if it suddenly becomes unattractive.

READ ALSO: INTERVIEW: How can consumers in Germany shield themselves from high energy prices?

Does that apply to old contracts or just new ones?

Unfortunately, it just applies to new ones at present. That means that any contract signed after March 1st, 2022, will only be allowed to extend on a rolling monthly basis after the initial term is up.

For older contracts, the old rules apply, so you could still end up being locked in for a further year if you don't cancel in time.

So, should I cancel any old contracts?

Not necessarily. According to lawyer Carolin Semmler from the Consumer Advice Centre in North Rhine-Westphalia, it's important to take a look at all the costs, terms and conditions before making a hasty decision.

Hasn't the government made similar changes before?

Well remembered! Last year in December, new amendments to the Telecommunications Act came into force, effectively making it easier for people to cancel contracts with mobile, landline and internet providers.

Much like these latest changes, the amendments stipulate that companies can no longer automatically renew a contract for longer than a month at a time. So after your 24-month mobile contract is up, for example, you'll have the change to cancel it on a rolling monthly basis.

Unlike the most recent changes, however, the new rules in the Telecommunications Act apply for both existing and new phone and broadband contracts. For more information on those changes, see the article linked below.

READ ALSO: How Germany has made it easier to cancel broadband and phone contracts

So what types of contract are covered by the new rules?

Along with the broadband and phone contracts mentioned above, the new consumer rights will extend to a wide array of other contracts, from gym memberships to streaming services.

The contracts can also include newspaper subscriptions, services such as music or language courses, and even the regular delivery of goods (i.e. grocery box subscriptions). This should also apply to electricity and gas contracts.

One key exception to the new regulation is insurance contracts - so be sure to cancel any unwanted travel insurance in time to avoid any unnecessary expense next year. 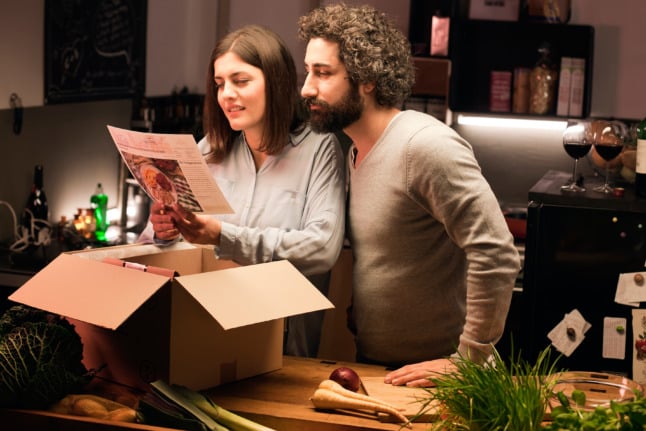 A couple recieve a grocery box. Subscriptions for the regular delivery of goods will also be included under the new rules. Photo: picture alliance / dpa-tmn | Marley Spoon

Will they still be able to charge over the odds for shorter contracts?

Thankfully, no. In fact, this is another really positive change for consumers.

This should hopefully put an end to agonising decisions about which deal is really worthwhile and whether the amount your online Rechner (calculator) says you've saved is really a saving if you didn't want a two-year subscription anyway.

Another key change is that the deadline for cancelling contracts ahead of their renewal is also becoming more generous. Previously, most customers only had until three months before the end of the contract to cancel it.

For new contracts agreed after March 1st, customers will be able to cancel up to a month before the end-date.

Last but certainly not least, contracts should soon be easier to cancel in another respect.

Rather than facing awkward calls with sales representatives or having to post or email written notices of terminations, companies will soon be required to allow people to cancel their subscriptions or contracts at the click of a button.

From July 1st, all companies will have to include a "cancellation button" on their websites that customers can use to express their desire to opt out of a contract as soon as it expires.