Everything you need to know about German inheritance law

If you're planning on living in Germany for a while, you may have considered making a will. But if you don't, your estate could be subject to German inheritance law. Here's what you need to know.

What happens if I don't make a German will?

Under the EU Succession Regulation, that largely depends on where you have your primary residence and your original nationality.

If you're not a German citizen but nonetheless live in the country, German law will automatically apply after your death. Germany also recognises foreign wills, so if you have already written one in your home country then this can be used to determine who will inherit your assets and estate. However, since German law will be applicable and German courts will ultimately make decisions on the execution of your will, clauses that contradict German law (i.e. if you try to disinherit your heirs) will be invalid.

Under EU law, you do have the right to specify whether you would like the laws of the country you reside in (Germany) or those of your home country to apply, though it will be up to your successors to enact this wish via what's known as a 'choice of court' agreement.

If you are a German citizen who is resident in Germany and die without leaving a will, then German inheritance laws will automatically apply.

Things get a lot more complicated the second you introduce multiple passports and residences, however, since it may not be clear which law applies. In some particularly difficult cases, one co-heir may argue that Germany was the main residence and receive the appropriate Certificate of Inheritance according to German law. Then, a further co-heir will argue the case for another place of residence, meaning the first Certificate of Inheritance has to be discarded.

For these reasons, it can be incredibly worthwhile for foreigners to at least make a record of which law they would like to apply after their passing, even if they don't make a will. Here's what to expect from German law.

If a German citizen passes away without making a will, the concept of statutory succession will apply. This fancy-sounding legal term essentially just means that your estate will be passed to your immediate relatives.

For the purposes of prioritising these relatives, they are split into three groups:

Essentially, if possible, your estate and any debts will automatically be passed onto the first group (children or grandchildren) under German law. If not, your parents will be the next in line, and if they have also passed away, your siblings and nephews the next in line, and the third group of relatives will be last in line. In other words, your aunts and uncles will only inherit under German inheritance law if there are no other surviving relatives.

You may have noticed one key person missing in all of this: your spouse.

If you are married, your spouse will automatically inherit:

If you're divorced at the time of your death, however, your ex-spouse won't be eligible to inherit anything.

READ ALSO: Avoid getting tripped up by German family law

What rights and responsibilities do my heirs have?

If there's what's known as a 'community of heirs' - meaning a group of people, such as two or more children - they will be required to make decisions on the distribution of property and assets as a group. 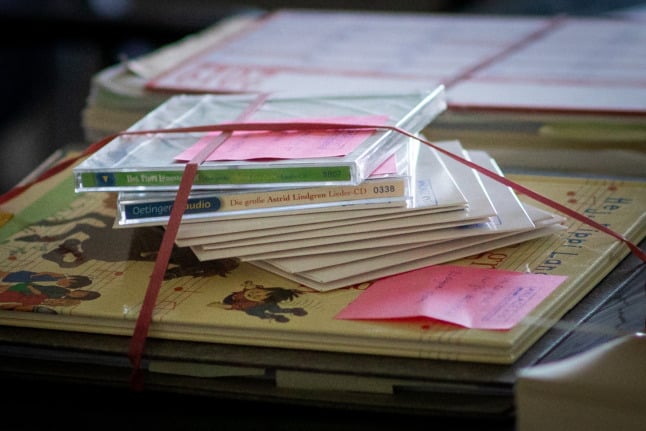 Under § 2038 German Civil Code – BGB, they will therefore have the responsibility to assist in administering the estate, keeping co-heirs informed about what they have inherited and dealing with outstanding debts that may have been left behind. They also, however, have several important rights, such as the right to reject the inheritance (for instance, if the debts outstrip the assets), the right to benefit from the sale of the inheritance, and the right to request the partition of the inheritance.

Immediate heirs also have certain claims on your assets that prevent them from being written out of a will entirely, but we'll cover this in a later article on putting together your will.

How is my estate valued?

The value of your estate is valued according to fair market value (FMV) at the time of your death.

Is it worth making a will?

Making a will is, of course, an entirely personal decision, but if you foresee any issues with the distribution of the estate under German inheritance law, it could be worth speaking to an attorney or putting together a will yourself.

Keep a look for articles by The Local Germany in the coming weeks that will delve deeper into how to make a will in Germany, either with or without the help of an attorney or notary.