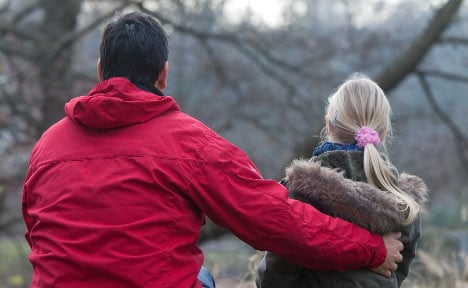 “We’re an old practice that has always specialized in family and inheritance law,” says Vinnen. “We have 12 lawyers and most of us are certified specialists. We also deal with international cases, but we’re not an international law firm.”

Schneider Stein & Partner opened in 1955. The phenomenon of international marriages on a large scale is relatively new and is even newer when it comes to inheritance issues. As such, it is unusual to find large firms focused on family law in Germany.

In addition to German and English, Vinnen also serves clients in Dutch.

In his 15 years as a lawyer, Vinnen has noticed that many of his expatriate clients in Germany are caught unprepared by the German legal system when they have a child born out of wedlock with a German mother, “or they get married without having a proper idea of what they’ve done.”

“It’s a completely different legal system that has completely different approaches to the usual questions that arise during separation, especially regarding children born out of wedlock,” says Vinnen. “It is a strange idea to many expats that they have to pay alimony to a child’s mother based on her previous income for three years, or in some cases, five to six years.”

“We often find that English and American clients are used to paying or getting lump sums, this idea has a lower priority in Germany,” he says. “Most divorce cases in Germany do not see a lump sum full-stop solution. Sometimes, we have lifelong obligations.”

Despite a recent decision by the European Court of Human Rights, Germany and Austria are now the last two countries with sole custody laws for mothers of children born out of wedlock.

“Often, when I deal with Americans, they think it’s not possible that they have no custodial rights,” says Vinnen. “Germany has now been forced to change it in the long run and so it will.”

The bias towards unmarried mothers in Germany stems from an idea that the legal identity of a person is tied to birth. The tradition differs from countries such as France, where Napoleon drafted “anti-female” laws because he did not like the idea of women gaining inheritance, says Vinnen.

“They could only inherit the right to use things, but not the property,” he explains.

There is also a special system of asset division in Germany, which is also favourable towards prenuptial agreements.

Another surprise for expats coming from different legal systems is that in Germany, litigants can choose the legal system for trying their cases.

“We are very tolerant towards foreign family laws,” says Vinnen. “Two Iranians can have a Sharia divorce according to Iranian law. In an English or American court, it is generally the local country’s laws, nothing else.”

Although a marriage can be performed under foreign law in Germany, Vinnen recommends clients to pursue their cases in the country of the origin of the applicable law. It is necessary to avoid so-called forum shopping, where the litigant tries to find the worst legal system for the other spouse.

“Each country has its own traditions, such as whether there is a need to equalise, but it’s an international world,” says Vinnen. “The rules that apply have to be international. Sometimes our involvement ends quickly when we avoid German law and try to bring it elsewhere because it is preferable for our clients. That might not nice for us because our consultation may end very quickly, but it is in our client’s best interest.”

Although German lawyers may have foreign qualifications, if cases are taken elsewhere, it is a mistake not to take a local lawyer who knows the judges and has no limitations in English. The majority of Schneider Stein’s cases involve German clients, but 25 percent of them have an international connection involving a spouse with foreign citizenship.

“I’ve had clients I’ve never seen in my life, such as one at a US Air Force base in the Far East who has a child here,” says Vinnen.

Around two-thirds of Vinnen’s practiceare divorce cases. Aside from family law, he also deals with foreigners who want to find out what happened to German parents and relatives, settling paternity suits and claims for compulsory portions and advising clients on prenups or settlements for division of assets.

In addition, his cases also include those dealing with the equalisation of old-age pension funds. Foreigners who pay into German state pension funds and get divorced elsewhere can claim equalisation anywhere. Other cases include child abduction and claims for child support for German children overseas, custody and right of access, as well as probate and inheritance law.

“I’ve been a family lawyer for 15 years,” says Vinnen. “If one wants to be a millionaire, one should not specialise in this field of work. But there are no fields of practice more interesting than family and inheritance law. It is also a personal task to resolve such matters and to be responsible. Our clients sometimes call us three times a day. This is the calling of your life.”

He adds that he and his colleagues are all family people and refuse to work 72 hours a week.

“All of us know family is more important than jobs,” says Vinnen. “We try to not make the mistakes that some of our clients do. Some of our clients are partners in international law firms and they get divorced way more often. A good life work-life-balance is essential and we are convinced that we are better family lawyers if we maintain a happy family life.”