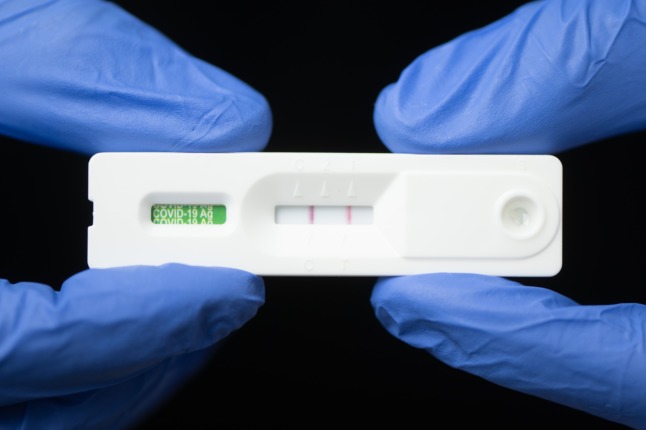 “I currently no longer expect the German health care system to be overloaded in the coming weeks,” Gerald Gaß, head of the German Hospital Association, told Bild newspaper.

He said Germany’s current tough Covid-19 measures, which include the closure of clubs and barring unvaccinated people from most parts of public life, had “contributed significantly” to the Omicron wave not hitting the health system as hard as initially feared.

Gaß said he believed the restrictions, such as 2G-plus in restaurants, should remain in place until the peak of the Omicron wave, which the government expects in one to two weeks.

After that he says there will no doubt be “gradual relaxations for the coming weeks”, he said.

According to the DIVI intensive care register, 2,390 Covid patients were in intensive care units across Germany on February 8th, with 1,174 receiving ventilation treatment.

“I am optimistic that we will soon get through the Omicron wave, even if the peak of the wave has not yet been reached,” he said.

Calls have been growing for the government and states to put a plan together to reopen public life fully.

“Politicians must now develop a concept of what the opening steps should look like in concrete terms,” Ulrich Weigeldt, chairman of the German GP Association, told the RedaktionsNetzwerk Deutschland (RND).

“What must not happen is that hectic, inconsistent and not well thought-out relaxation measures are decided,” he urged.

Parliamentary group leader of the FDP in the Bundestag, Christian Dürr, told Bild that as soon as the danger of overburdening the health system no longer posed a threat, restrictions would have to be withdrawn.

“That is why we are also already talking about concrete opening perspectives,” he said.

READ ALSO: ANALYSIS: When will Germany relax its Covid restrictions?

“Children and youths finally need complete normality again, they should be the first to benefit from openings,” he said, urging all restrictions to be dropped for youth sports and clubs.

The next Covid summit between the government and states is scheduled for February 16th.