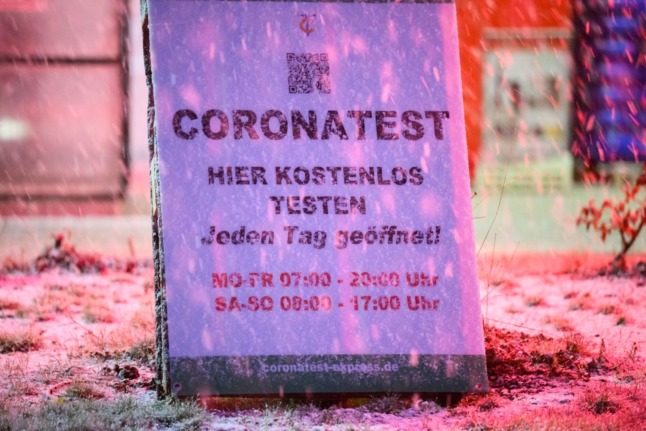 They are worried that the Delta strain of Covid-19 – or another variant – will return after Omicron eases.

“It is absolutely possible that Delta will return after the current wave has died down,” Ulrike Protzer, head of the Institute of Virology at the Technical University of Munich, told Germany’s Funke-Mediengruppe newspapers. “We cannot be sure that Omicron will replace Delta.”

Omicron, although more transmissible, generally results in milder disease than previous variants like Delta, raising hopes that it will hasten the transition to the endemic phase.

Protzer pointed out that immunity after an Omicron infection is “a bit different” than after a Delta infection.

“But if you are vaccinated, and then maybe had an infection in addition, the immune system can cope well with new variants that might come now,” Protzer said.

However, Protzer said it may be that risk groups should get a fourth vaccination dose in autumn. The data from Israel, where the vaccination campaign for the fourth dose is currently underway, could help in this assessment, she said.

READ ALSO: How worried should we be about Germany’s rocketing Covid rates?

Gérard Krause, epidemiologist at the Helmholtz Centre for Infection Research in Braunschweig, also expressed scepticism about the pandemic coming to an end quickly.

“I don’t share the euphoria that Omicron is now leading us into an endemic situation,” Krause told Funke-Zeitung. “We don’t know what other variants are coming that might bypass immunity and also lead to severe courses.”

Due to decreasing vaccination protection and infections with different variants, many people could get “partial immunity”, but this would not help equally against every variant.

The question of when the pandemic will be over is primarily a question of how to deal with Covid, Krause said.

“How many illnesses are we prepared to accept, how many can we prevent and at what price?” – there must be a social understanding about these questions, he said, adding that this is not a purely medical-based, but about what society wants.

Regular flu waves waves could serve as a blueprint.

“The goal must be to prevent the worst damage and to protect the weakest,” said the expert in epidemiology. “The losses of a moderate influenza season are obviously something we as a society are prepared to accept.”

While a pandemic spreads across countries and continents, diseases or pathogens are called endemic if they are persistent and clustered in a limited region or in parts of the population.

In the case of Sars-Cov-2, an endemic situation means that the virus will stay in circulation. People will have to live with it, but it will become less dangerous for the population as a whole.

On Monday, Germany reported 78,318 Covid infections within the latest 24 hour period, as well as 61 deaths.

However, experts believe there is a high number of unrecorded cases.