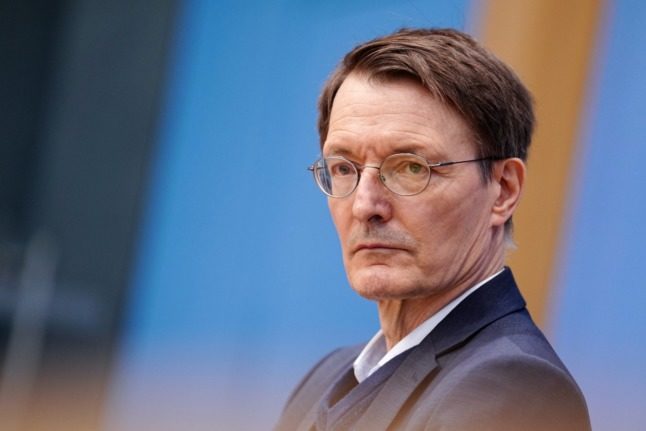 Lauterbach said he expected the number of Covid infections to rise further in Germany, but said restrictions and more vaccinations would build protection against the variant, and slow it down.

“We see that the contact measures are working,” said Lauterbach (SPD), adding that contacts had been reduced significantly.

The rate of growth of infections has slowed in Germany. A few weeks ago, infections doubled every 4.5 days, now it is approaching 6.5 days.

But Lauterbach said there was “no reason to sound the all clear” at this stage, adding that Germany was “in the middle of the Omicron wave”.

There were also 286 deaths connected to Covid within 24 hours.

RKI boss Wieler warned that the number of Covid-related deaths will rise again in the coming weeks.

“The Omicron wave, it continues to grow and with a momentum we have not seen before in this pandemic,” Wieler said. Omicron now accounts for more than 70 percent of new infections, he said.

“We expect that this will completely displace Delta (variant) in the next few days.”

Currently, he said, there are just under 800,000 active cases – about one per cent of the population: “And those are only the cases we know about from the reporting system.”

It’s not possible to prevent every infection, he said, but “we have the tools” to prevent many infections. Wieler appealed to people once again to get vaccinated.

‘Far too many cases’

Charité virologist Drosten said he felt the Omicron situation was misunderstood by many.

Although Omicron tends to lead to milder disease in most people, there are “far too many cases”, Drosten said. The advantage of being less dangerous is “wiped out” by this.

For this reason, he warned against allowing Covid to run its course through the population right now without measures in place.

Lauterbach agreed, saying that the number of victims would be “too high” and that there wasn’t enough immunity.

Drosten said he hoped the population would reach a high level of immunity – and turn into an endemic – by next winter.

Lauterbach also advocated that Germany introduce a general vaccine mandate, saying vaccinating more people would be the quickest and safest way out of the pandemic.

MPs in the Bundestag are set to vote on a vaccine mandate in the coming weeks.