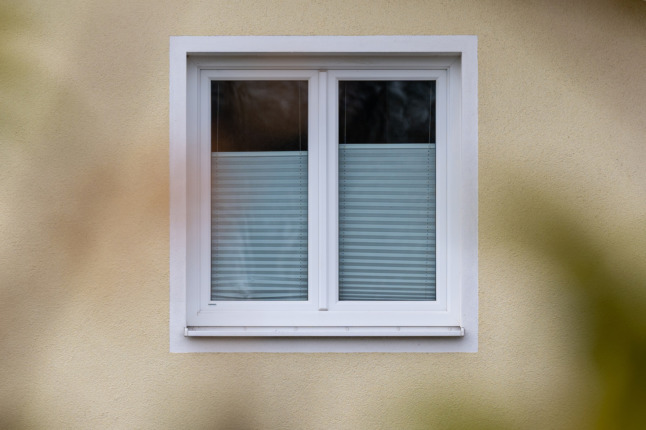 A window of a house in Lower Bavaria. Photo: picture alliance/dpa | Armin Weigel

In the latest daily report, the Robert Koch Institute revealed that there had been 10,443 confirmed or suspected cases of Omicron in Germany since the variant emerged. Experts now believe it is a question of when, not if, the highly transmissible variant will become dominant in the country.

The lightning-fast spread of Omicron in other countries like the UK and USA suggests that Omicron is far more infectious than Delta, meaning that – at the height of an Omicron wave – countries could see hundreds of thousands of new cases everyday.

On Tuesday, the World Health Organisation (WHO) warned that, despite evidence of it being less harmful than previous variants, Omicron still posed a “high risk” to health services around the world.

“A rapid growth of Omicron… even if combined with a slightly milder disease, will still result in large numbers of hospitalisations, particularly amongst unvaccinated groups, and cause widespread disruption to health systems and other critical services,” said WHO Europe’s Covid Incident Manager Catherine Smallwood.

With Germany tightening restrictions ahead of the New Year and bracing for another wave of infections, politicians have started to debate whether the government may need to shorten the time of quarantine to minimise disruption to public services and critical infrastructure. One of the voices calling for this is the high-profile CSU politician and Bavarian state premier Markus Söder.

“Of course we have to review the current quarantine rules,” Söder told Bild on Tuesday. “We can’t just paralyse the whole country from one day to the next in a rapidly growing epidemic. This applies not only to the critical infrastructure, but also to people’s normal lives.”

Bavaria’s Health Minister Klaus Holetschek has also spoken out in favour of shortening the quarantine period. “It’s important that we review the quarantine rules in that regard,” the CSU politician said on the ARD/ZDF morning talk show on Tuesday.

Söder expects the RKI to make proposals on shortening the period of quarantine in the near future and is calling on the government to set out concrete plans for managing the social and economic impact of an Omicron wave.

Why is this important?

In other countries where Omicron infections are raging, businesses and public service operators are struggling to cope with limited staff. Among other things, a wave of illness is impacting airlines, fire brigades and public transport – and experts are increasingly concerned that the same thing could happen in Germany.

The Federal Agency for Population Protection and Catastrophe Aid (BBK) has already recommended that all households keep candles, torches and enough food for ten days at home for emergencies during the pandemic. As a worst-case scenario, the pandemic could lead to disruptions such as short-term blackouts, though not to the total collapse of infrastructure, the BBK explained.

Supermarkets, the police, fire brigade, media, hospitals, authorities and transport companies are now being called upon to examine their contingency plans for the pandemic, including how to deal with skeletal staff. A sign informs travellers of a cancelled train in Duisburg, North Rhine-Westphalia. Officials are concerned that Omicron-related quarantine could lead to disruptions in vital services. Photo: picture alliance/dpa | Federico Gambarini

At the moment, people who have contact with a Covid-infected person must quarantine for up to 10 days, but can be released with a negative PCR test on day five or a negative rapid test on day seven. If the contact was with someone infected with the Omicron, Beta or Gamma variants, however, they must spend a full two weeks in quarantine with no option to shorten it with a negative test.

This could lead to a situation where tens of thousands of people are confined to the home for 14 days at a time, which could cause issues in sectors that aren’t suitable for home office – like the emergency services, education and essential shops.

Advocates of shortening quarantine say it could limit the impact on wider society to allow people to return to their daily lives sooner, though questions remain about whether this could be a risky move, given the high transmissibility of Omicron.

What is the government saying?

According to reports in Tagesschau, the federal government currently has no plans to reduce the amount of time spent in quarantine – but they’re certainly not ruling it out.

“At the moment there is no reason to do so,” a spokesperson for the Federal Ministry of Health said on Monday. However, they added, the existing pandemic plans already “theoretically” offer the possibility to relax quarantine rules, especially when it comes to maintaining critical infrastructure.

A lot will likely depend on how prevalent Omicron becomes in Germany, and how well various states and businesses are able to cope with reduced staffing levels if infections reach a critical level.

This could, of course, vary wildly from region to region. In Berlin, newly elected mayor Franziska Giffey told Tagesschau she believes that the city’s public services can keep running with up to 30 percent fewer staff. In more rural areas that already have a more limited provision of services, however, things could become more stretched. Who would this apply to?

At this stage, it’s unclear whether a change in rules would affect people who are actually diagnosed with Covid, or just those who have been in contact with an infected person.

Currently, people who are fully vaccinated (which includes recovered people who have had one jab) don’t have to quarantine if they’ve had contact with someone who was infected, so a rule-change should primarily impact unvaccinated people.

For travellers, meanwhile, the quarantine period is unlikely to change. Unvaccinated travellers have to quarantine for up to ten days when entering the country from a high-risk area, and all travellers must quarantine for 14 days if coming from a virus variant area, with no option to shorten the duration with a negative test.

READ ALSO: EXPLAINED: What are the rules for entering Germany this Christmas and New Year?

What do the health experts say?

There are mixed opinions on whether shortening the quarantine period would be a help or a hindrance, but according to epidemiologists, the risk of passing on the virus is usually fairly low after five days.

“In view of the current package of measures with vaccination and booster, it has been seen that a long quarantine period does not help much epidemiologically and therefore in the risk-benefit assessment,” Swiss epidemiologist Marcel Tanner told news outlet 20 Minutes on Tuesday. Evidence cited by the American Centres for Disease Control (CDC) also suggests that most infections are transmitted in the one to two days prior to the onset of symptoms and in the two to three days afterwards.

However, not everyone agrees that the benefits would definitely outweigh the costs.

“It’s a double-edged sword,” Frankfurt-based virologist Martin Stürmer told Tagesschau. “If you shorten the quarantine, you can be more productive – but you also risk infections that could be prevented by longer isolation. You have to weigh this risk carefully.”

Are other countries doing this?

Yes. In the USA, where Omicron is now the dominant variant, the mandatory period of quarantine has recently been slashed from 10 days to five – and many European countries are considering following suit.

In Spain and Italy, announcements on whether the quarantine period will be reduced are expected on Wednesday afternoon. Spain is currently mulling over reducing the length of quarantine for asymptomatic cases from 10 days to five, despite opposition from healthcare experts. In Italy, the government is discussing cutting the period of quarantine from seven days to four or five – but only for people who have had contact with an infected person, rather than those who have tested positive themselves.

In France, meanwhile, the Health Minister recently said in a press conference that he was considering reducing quarantine time but wanted to review the available data and expert opinions first. An announcement is expected around December 31st.