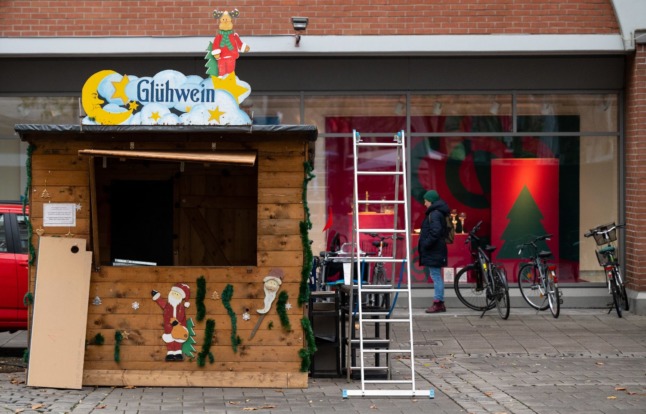 “The situation is very, very serious and difficult,” state premier Markus Söder told a news conference at which he also announced a shutdown of clubs, bars and night service at restaurants to tame the fourth wave of the outbreak.

Bavaria had a weekly incidence rate of 625.3 recorded infections per 100,000 people on Friday, according to the Robert Koch Institute infectious disease centre, well above the nationwide figure of 340.7 – an all-time high for the country.

“We have a clear goal: fighting corona, protecting people and protecting the healthcare system,” Söder said.

The Bavarian state capital of Munich on Tuesday had become the first major German city to cancel its upcoming Christmas market, which usually draws some three million visitors, due to a “dramatic” coronavirus resurgence.

Other smaller markets had followed suit but Söder’s announcement reflects the increasingly drastic state of the virus’s spread, particularly in the
south and east of the country.

In addition to the new nightlife restrictions, sport and culture venues will be subject to a 25-percent capacity limit and retail outlets will have to
restrict customer flows, Söder said.

Parts of Bavaria with incidence rates above 1,000 – eight districts on Friday – will face even stricter curbs with only daycare facilities, schools and shops allowed to remain open.

There will also be contact restrictions placed on unvaccinated people in Bavaria. They will only be allowed to meet a maximum of five people from two households.

Children under 12 and those who have been vaccinated will not be included.

The state is expected to approve the new measures on Tuesday and they will be in effect until at least December 15th.

Germany hosts some 2,500 Christmas markets each year, cherished by visitors who come to savour mulled wine and roasted chestnuts, and shop for seasonal trinkets among clusters of wooden chalets.

In pre-pandemic times, they drew about 160 million domestic and international visitors annually who brought in revenues of three to five billion euros, according to the BSM stallkeepers’ industry association.

Chancellor Angela Merkel and the leaders of Germany’s 16 states agreed Thursday to shut the unvaccinated out of restaurants, sporting events and cultural shows after new cases soared to an all-time daily high of more than 65,000.

However the director of the Robert Koch Institute, Lothar Wieler, told reporters Friday that with the exponential rise in infection levels, the curbs would be insufficient to contain the latest surge.