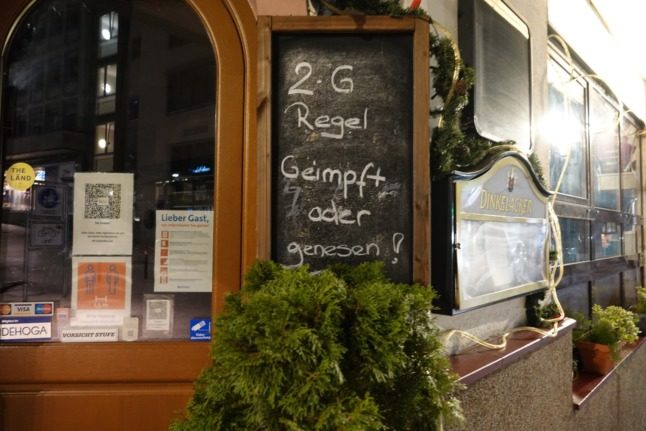 A bar in Stuttgart says entry is only for the vaccinated or people who've recovered from Covid. Photo: picture alliance/dpa | Vanessa Reiber

Germany is seeing a dramatic rise in the number of daily Covid infections, as well as in increase in Covid-related deaths and hospital admissions.

The federal government and 16 states have agreed on a new set of measures to curb the fourth wave, having received input from the incoming coalition government.

It comes as pressure is growing from health experts and doctors who say some hospitals are reaching their limits.

If more than three hospitalisations per 100,000 people occur in a region per week, 2G rules are to be introduced. These rules have already been announced in some states, including Berlin and Bavaria, but the draft proposals want to see uniform rules and thresholds across the board.

It would mean that in many public places access would only be granted to people who are vaccinated against Covid (geimpft) or have recovered from Covid in the last six months (genesen). Unvaccinated people would not be allowed to enter.

According to the paper, the states – taking into account the regional infection incidence – would allow access to the following areas only for the vaccinated and recovered: leisure, cultural and sporting facilities, events – especially indoors – as well as hospitality, body-related services (such as hairdressers) and hotels.

READ MORE: 2G and 2G plus: Germany to tighten restrictions on the unvaccinated

If weekly hospitalisations exceed six per 100,000 people, the 2G-plus rule is to apply. That means that vaccinated and recovered people would have to take a test to enter certain places.

The measure would come into force “in places where the risk of infection is particularly high”, says the draft. It would likely apply in situations where it’s easier to spread the virus, like in clubs or packed indoor events.

According to the RKI, the nationwide hospitalisation incidence is 5.30 Covid patients per 100,000 residents.

The government and states say the entry measures have to be strictly checked. Venue or event managers and operators are responsible for checking documents like proof of vaccination, recovery or tests, the draft says. The states have to set their own fines.

The heads of the 16 federal states said mandatory vaccinations should be carried out “on a facility-by-facility basis” for staff in hospitals, old people’s and nursing homes, and in mobile care services if there is contact with people who are particularly at risk.

The states consider such a duty “necessary” and have asked the federal government to implement it “as soon as possible”.

“We need to provide additional protection for vulnerable groups in particular,” the resolution says.

As well as the current mask requirement, the 3G rule is to be introduced on local public transport and trains, as proposed by the incoming coalition government made up of the Social Democrats, Greens and FDP.

If passengers are not vaccinated (geimpft) or have not recovered (genesen), they will have to carry proof of a negative Covid-19 rapid test (gestestet) with them when using the bus or train, for instance, and show it on request. The test would have to be no older than 24 hours at the start of the journey.

The agreement states that the federal states will ask for more guidance from the federal government on how to enforce this.

READ MORE: How 3G rules could work on public transport

The resolution states in that in Covid hotspots, the states should be able to “make consistent use of the more far-reaching possibilities of the Infection Protection Act and […] take necessary measures”.

The measures are not further defined in the paper. However, Germany’s incoming coalition government is setting out a catalogue of measures in a reform of the Infection Protection Act.

The incoming coalition also wants to give states the choice of using measures like contact restrictions if they need. But curfews and school closures would be ruled out.

Financial aid from the federal government for vaccination centres

The agreement calls for a new appeal to the public to get vaccinated, and for vaccination services to be expanded. Those who have already been vaccinated should receive a booster jab “in a timely manner”.

Meanwhile, the government should continue to provide financial support for vaccination centres and other vaccination facilities until the end of April 2022.

The federal government will provide FFP2 and surgical masks, as well as antigen tests and other pandemic containment material, to the states and districts free of charge, if needed.

Employees and visitors to nursing homes would have to undergo more regular Covid testing under the plans – even if vaccinated.

And nursing staff are to receive a cash bonus. Care workers are also to be paid better in future, the states and federal government say.

Working from home or 3G at the workplace

Employers will have to ask staff to work from home if they are not needed in their workplace, under the incoming coalitions plans which will also be discussed by states and the government.

For those who go into the workplace, 3G rules will apply nationwide. It means employees have to show proof of vaccination, recovery or a negative test before being allowed in.

On top of this, regular testing should also be available from the employer free of charge.

The states and government want to try and avoid further restrictions on children.

“Schoolchildren and younger children have suffered particularly from the consequences of the pandemic,” says the government and states.

Regular testing will continue in schools as a protective measure – through lollipop PCR testing which is less evasive than other tests.

Economic aid to be extended

The government and states plan to extend the ‘bridging assistance’ for companies or self-employed people impacted by the pandemic until March 31st 2022.

On Thursday, the Bundestag voted through an amended version of the Infection Protection Act. If the Bundesrat – the upper house of parliament – proceeds to vote these through on Friday, it will enshrine a number of measures such as the 3G in the workplace and on public transport into law.

The conservative CDU/CSU parties have aired concerns about the strength of the measures set out in the amended legislation, which was put forward by the incoming ‘traffic light’ coalition parties. Earlier in the week, they had threatened to withhold support for the new amendments in the Bundesrat, though the parties now appear to have reached a compromise whereby the measures will be kept under review.

According to North Rhine-Westphalia state premier Hendrik Wüst, the new Covid measures will be reviewed at the next meeting of the state leaders on December 9th at the latest.

The states have allegedly received a promise from the likely next chancellor, Olaf Scholz (SPD), that politicians will then be able to review whether the catalogue of measures was sufficient to combat the ferocious fourth wave.

Wüst stressed that this evaluation was essential for the CDU/CSU-led federal states. In Chancellor Merkel’s view, the states should also reintroduce contact restrictions if the situation worsens.

In her opinion, the catalogue of measures adopted by the Bundestag does not go far enough to replace the powers set out in the ‘epidemic situation of national scope’, which will expire on November 25th. 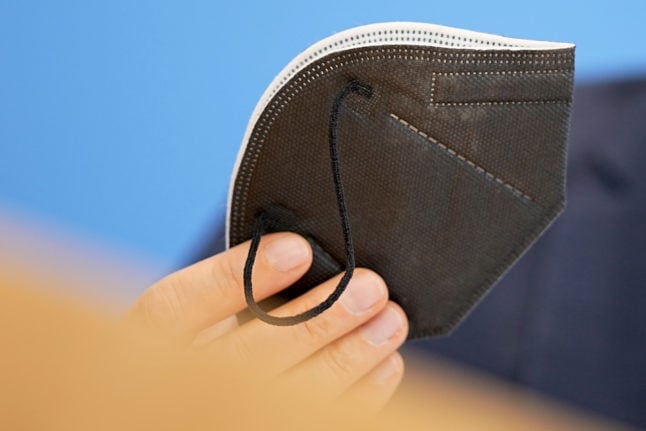 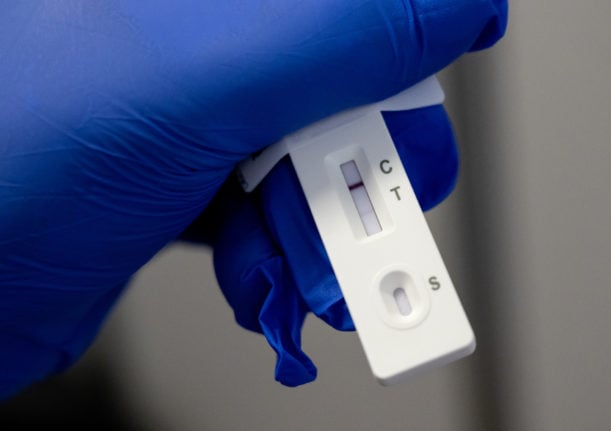 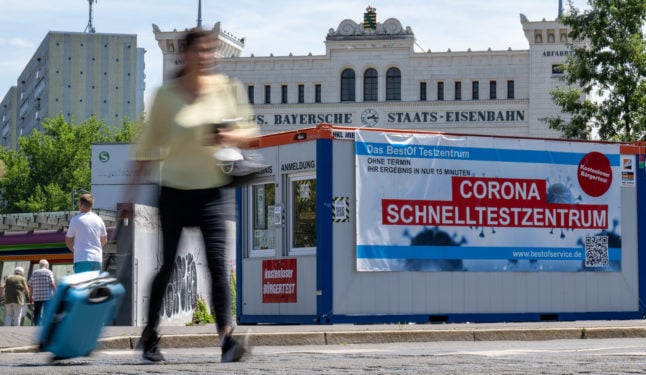 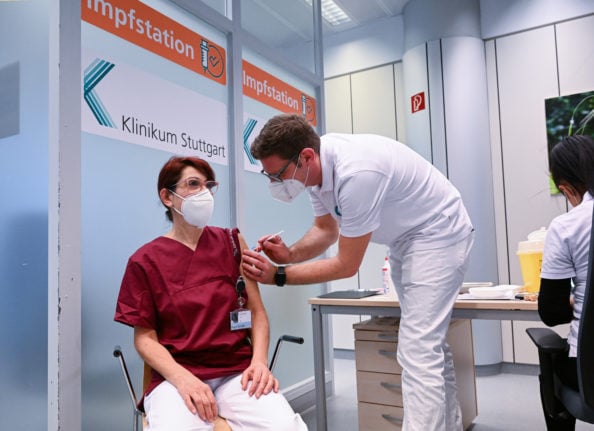