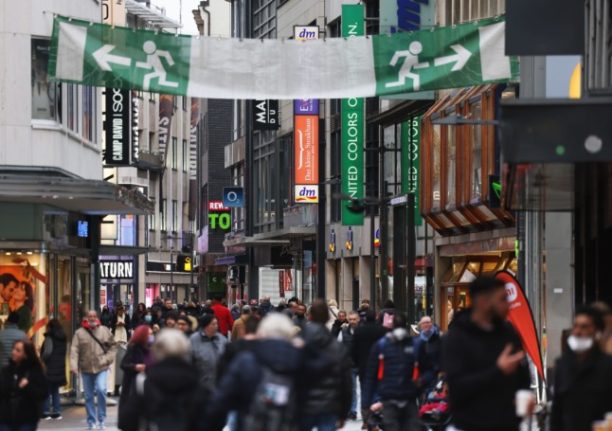 The Social Democrats (SPD), Greens and the Free Democrats, want to allow the Covid ’emergency powers’ – a special clause in the German constitution that means the federal and state governments can order measures without the approval of parliaments – to expire as planned on November 25th.

But they have agreed to significantly tighten the amendment to the Infection Protection Act which means many restrictions will still be possible after this date.

The parties are still in negotiations after the election in September, but they are expected to form the next German coalition government.

Under the new plans, states would be able to impose contact restrictions – a measure left out of earlier proposals.

“The possibility of ordering contact restrictions in private and public spaces should be added to the catalogue of measures,” agreed the partners of the so-called traffic light or Ampel coalition, named after the party colours of red, green and yellow.

In response to a question about whether the government would consider mandatory vaccinations for certain groups or a lockdown on the unvaccinated, Habeck told Tagesschau that contact bans and so-called 2G rules (excluding unvaccinated people from entry) essentially means that many regions will see a “lockdown for the unvaccinated”.

Furthermore, the plans also allow for ‘3G’ rules to be brought into local and long distance public transport. That means that to ride on buses, trains or trams, people would have to able to show they are fully vaccinated (geimpft), recovered from Covid within the last six months (genesen) or have a negative test against Covid (getestet).

The face mask requirement on public transport would remain in place.

There are no indications of how these rules would be checked, although it would probably involve random checks as is currently the case with face masks and tickets on most of Germany’s public transport.

READ ALSO: Could working from home and 3G in trains become compulsory in Germany?

What else could states do?

Under the plans, Germany’s 16 federal states are to be given the power to use certain measures – but only with the backing of the respective state parliament.

For instance, if the Covid situation worsens, states should be able to prohibit or restrict recreational, cultural and sporting events as well as gatherings, or ban the sale and public consumption of alcohol, among other things.

The rules are aimed at giving regions the opportunity to “counter this high incidence of infection” with the consent of the the state parliament, said SPD deputy parliamentary party leader Dirk Wiese on the joint ARD and ZDF morning show.

However, the states would no longer be given the right to impose curfews or travel restrictions, or to prohibit or restrict hospitality or hotels, commercial or industrial enterprises or the practice of sport under the changes to the law.

“On the one hand, this makes it possible to combat regionally differing infection patterns in a very targeted manner; on the other hand, we are also shifting responsibility from the executive back to the parliaments,” the plans say.

The possibility of using the measures would apply until March 19th 2022. However, a one-time extension option has been added to the proposals.

“The Bundestag is authorised to extend the period of validity of the regulations by a maximum of three months up until March 19th 2022 by means of a resolution,” said the proposals.

The amendment to the Infection Protection Act has already been introduced in the Bundestag. On Monday, the hearing of experts, which is part of the legislative procedure, was scheduled to take place.

Previous proposals came under criticism from members of the scientific community – and some state health ministers – for not going far enough.

What about other Covid plans?

It comes as the federal government and state health ministers are set to meet on Thursday to discuss the immediate response to the Covid situation.

The outgoing German government brought back free rapid Covid tests at the weekend after shelving them in October.

And under a draft plan by the caretaker government, employers in Germany would be forced to offer the option to work from home in the absence of a “compelling business reason” to come to the office.

Anyone going into work would also be asked to show they were protected against the virus or had tested negative.

The German government is also working up plans to limit access to certain events to those who have both been vaccinated or recovered from a coronavirus infection, and can present a negative test, according to German media reports.

Politicians also want to reopen vaccination centres so there are more chances for people to get vaccinated or receive first booster shots.

The new package of measures is being drafted in close consultation with the coalition parties seeking to form the next German government.

Their joint legislation will be presented to the Bundestag, the lower house of the German parliament, for approval on Thursday, before being signed off by the upper house on Friday.

Discussions between the state leaders and Chancellor Angela Merkel will take place on Thursday afternoon.